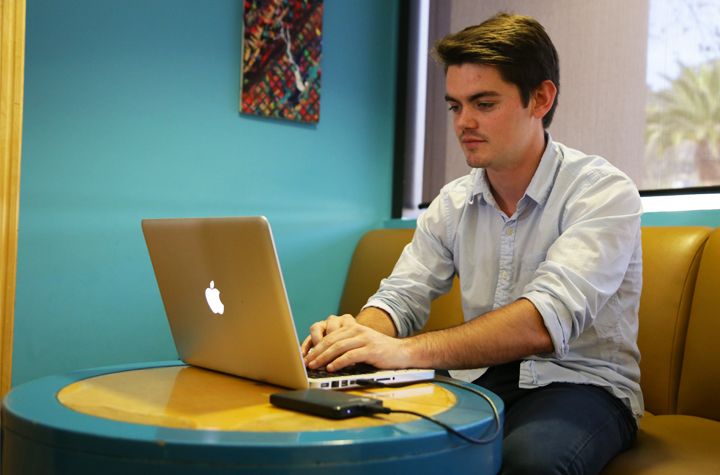 From floppy disks (remember those?) to the Creative Cloud, Adobe products have evolved in the past 25 years. One student, senior Austin Dixon, will represent the company and its evolution on Pepperdine’s campus.

Three weeks ago, Adobe selected Dixon as its spring 2015 student representative. His duties span from running workshops to generating social media buzz to educating the student body. Dixon said after he goes through training at the end of this month, he can start organizing workshops.

“The program is centered around on-campus, product training workshops that are designed to show students how Adobe tools can give them a creative edge inside or outside of the classroom,” Adobe Worldwide Student Business Product Marketing Manager Nina Brentlinger wrote in an email.

The student rep program began in the fall of 2012 on 11 U.S. college campuses. Currently, more than 350 university students in seven countries participate in the program, according to Brentlinger. The reps stay with Adobe through the end of the school year, which varies for each student. Students can apply through the online app at Adobe.com.

Albeit an established program, Dixon only began dabbling in Adobe programs two years ago. When all his friends went abroad his sophomore year, he found himself with extra time on his hands.

“I just randomly picked it up,” Dixon said. He dug into Photoshop and Illustrator, and “just really fell in love with personal branding and photo design.” From that point on, he said he realized creative design captivated his imagination, and that it was worth pursuing as a career.

Since then, he has been hired to design websites for friends and businesses, including a local gym back home in Washington and for a yoga studio in Malibu. He also helped with the redesign of Pepperdine’s website. Plus, he creates resumes for friends, and he has headed the creative aspect of Greek Life campaigns, namely for his fraternity, Alpha Tau Omega.

Now, he uses Adobe-related products four to five times per week. A perk of the student rep program is that the company treats Dixon with complimentary access to the Adobe Creative Suite. Additionally, Adobe provides “performance based incentives,” according to its site. On top of that, Dixon said he has already received a few boxes of goodies (bottle openers, stickers, prize bags). He plans to dole those out at his workshops.

“We give our reps T-shirts, water bottles and other Adobe branded merchandise to hand out on campus. Their primary goal is to build awareness. We don’t ask our reps to sell Creative Cloud — this program is not about driving sales,” Brentlinger wrote. “We just want our reps to focus on getting students on campus to experience the platform for themselves via a free trial and product education at these workshops.”

There’s an App for That

Anything can be done with a phone application: ordering pizza at 2 a.m., calling an Uber ride at 4 a.m., paying a friend back for lunch, tuning instruments. Cheap (or sometimes free) apps are competing in the design software realm, a space once solely dominated by Adobe.

Dixon holds an optimistic look of Adobe’s future. “They’re really trying to make their products compatible with the iPhone,” he said.

He mentioned an iPhone app called Adobe Shape that allows you to take photos and turn them into vector shapes that can sync into Illustrator.

In a similar fashion to Dixon, Matthew McKissick unexpectedly slipped into the design world. He originally accepted a soccer scholarship to attend the University of New Mexico to study architecture. Then, the summer after his first year, a friend introduced McKissick to the third versions of Photoshop and Illustrator. “Literally overnight,” McKissick left New Mexico and transferred into Colorado State University to start his design career.

He has professional experience in everything from websites to movies, and he’s a proud Adobe user of 17 years and counting. McKissick said he sees potential negatives in the way the industry is headed.

“If you want a certain look, you can drag that look, just like Instagram, over to your picture, and it does all the bells and whistles for you,” McKissick said. “But then I think graphic design will get lost because people won’t know how to build it, and that’s the beauty of graphic design, using Photoshop to build out something that’s never been built out before.”

However, it should be noted that Adobe is forging into the app world. Brentlinger wrote that she’s particularly excited about the apps they’ve released in the past year, including Adobe Shape, that “integrate seamlessly with the desktop apps so you can be creative wherever, whenever inspiration strikes.”

As demonstrated by Dixon and McKissick, the design field can be easy to fall in love with. One foray into Photoshop, and Adobe can hook a person for life.

Dixon sticks with the, “Do what you love” mantra. He credits his quick progress to “just picking up projects just for the fun of it. Not looking to get compensated, but just fully submerging myself because I enjoy spending time doing it. I think the best thing is just going for it — learn by failing and failing fast.”

He encourages interested students to surf the web for tutorials, citing lynda.com and Creative Bloq as key resrouces.

McKissick said he believes this is a prime technological era for designers to kickstart their careers: “I think the greatest impact with Adobe and even the Cloud is that a student can graduate and literally make their own business because they have access to softwares that aren’t that expensive anymore.” 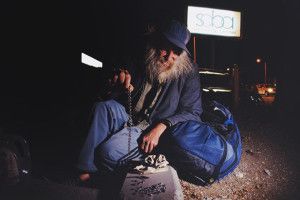 Photo by Blake Morasch During the last week of January, a handful of Malibu residents volunteered to take to the streets...
Copyright 2018 Pepperdine Graphic
Back to top