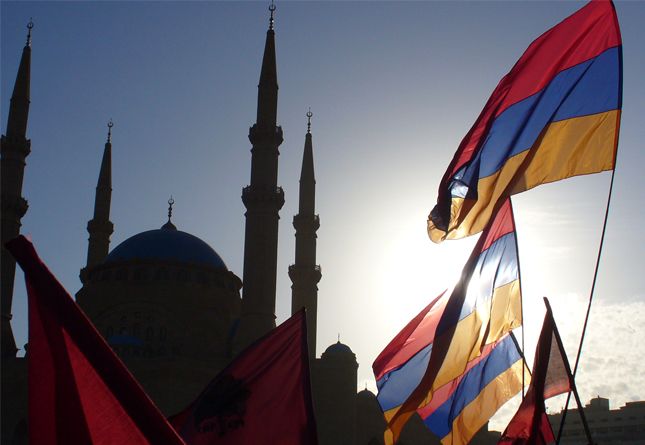 The Ottoman Empire’s systematically planned extermination of its minority Armenian subjects from their historic homeland dates back to April 24, 1915. Almost 100 years later, the current Republic of Turkey denies the event and refuses to call it a genocide. With this, the Republic of Turkey joins the United States Federal Government. This is a pattern in history, and in order to disrupt this rhythm of denial, the truth needs to be accepted. This control bleeds into transnational silence that can not only be observed, but felt.

Denial reinforces feelings of racism, prejudice and the system of genocide as a whole. Dr. Marni Pilafian said in an article, “Hidden anxiety and the conspiracy of silence suffered by the families of Armenian Genocide survivors: An interview with Armenian psychologist Dr. Jack Danielian,” published in Ararat Magazine on Oct. 25, 2010, “Each genocide is a dress rehearsal for each succeeding genocide awaiting.” After all, Hitler used the Armenian Genocide as an inspiration for his “final solution,” since he witnessed a major crime against humanity go unrecognized and expunged from records. He saw that minorities could be exterminated to the benefit of the perpetrator with little risk.

This type of xenophobic intolerance is sadly still politically acceptable. While anti-Semitism is commonly understood and criticized as problematic, the acceptance of anti-Armenian bigotry is strong enough that it is politically and socially acceptable to deny the Armenian Genocide. This denial serves as an instrument of past violence. In fact, denial is not distinct from genocide because deniers are “one” with those who originally issued the administrative order to do away with the “Armenian problem.”

The Armenian Genocide is not just a story of the past. The violence in Kessab, Syria and Gyumri, Armenia are two of many examples regrettably available of Armenian prejudice. And with the centennial shy of a month from now, anti-Armenian acts are on the rise in Turkey. Published in Today’s Zaman, “Istanbul-based Armenian church daubed with hate messages,” March 25, 2015, hate speech and graffiti displayed on the walls of an Armenian church earlier this month in Istanbul, Turkey read, “1915, a blessed year.”

While there are ample amounts of evidence pointing to Armenian discriminiation, most people tend to believe it is a foreign issue. However, these events are prevalent in the United States itself. One does not even need to leave our political leaders to find this prejudice. Nearly all of the U.S. presidents have made promises regarding the Armenian Genocide, and every single one has failed to meet their promise. President George W. Bush lobbied against Armenian Genocide resolutions in Congress, similar to other political leaders, imparting Turkey as a key NATO ally among other things, stressing the timeframe was not politically correct. Thus, politics not only preceded truth, but governed it.

Artist of the Week: Taylor Johns 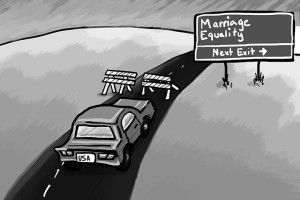