Students inside Smothers Theatre clap as the film “REMAND” concludes Aug. 30. Many people from the Pepperdine community attended the screening. Photo by Mary Elisabeth

The film “REMAND” follows a Ugandan teenager facing two murder charges who—with no court date in sight — had lost hope on being released. The film tells the story of a group of Pepperdine law students and a professor who sought justice, and their actions launched a movement that created tangible change in the country’s governing laws, according to the film.

Students watched the 2017 film in Smothers Theatre on Aug. 30 and heard the story of Ugandan teenager Henry Tumusiime and President Jim Gash. Gash fought for Tumusiime’s innocence while inspiring justice reforms for the entire country, according to the film.

“More than anything, it’s a film about a country trying to better itself and trying to deliver justice to its people,” Gash said. “It’s shown through the eyes of an individual prisoner, whose life really became the catalyst for massive criminal justice reform in the country.”

“What the Global Justice Institute really is, is essentially an international nonprofit based out of Caruso School of Law here at Pepperdine,” McCollum said. “Our mission is to make access to justice a reality for all people everywhere.”

The film’s title, “REMAND,” means, “to remain indefinitely and hopelessly in prison while awaiting trial,” according to the film’s website.

Hope Dease, justice fellow at the Sudreau Global Justice Institute, said Ugandan prisoners do not hold the right to a speedy trial like people in the US.

“People will be sitting on remand for six to seven years on average before their case would be seen,” Dease said. “That does include high court cases like defilement and aggravated robbery and that kind of stuff but also cases like if I just stole a loaf of bread from Ralphs and I’m sitting in prison for seven years without having spoken to a single attorney.”

Senior Katie Price said that seeing the story unfold in front her was a moving experience.

“It was really powerful seeing an actual face because I’ve heard her [Dease] talk about cases, and I’ve heard her talk about the overload of the prisons and her seeing it, but it’s hard to really be able to understand if you’re not the one seeing it,” Price said.

The film showed while Tumusiime and his brother attended school, a local mob beat and killed a thief who stole money from Tumusiime’s family home. With no suspects, the Ugandan government arrested the boys and their father for the murder, paying no attention to the fact that at the time of death, the boys were at the nearby school.

While in juvenile prison, the fellow prisoners elected Tumusiime into leadership. Rose, the prison manager, ordered the beating of another prisoner, leading to his death. The Ugandan government charged Tumisiime’s with the murder as well as Rose due to his leadership within the prison.

The defense attorneys assigned to defend both Tumusiime and Rose placed all the blame on Tumusiime, leading to a second murder conviction. Gash worked to have this wrongful conviction corrected, according to the film. After working with local officials and a team of lawyers, Gash got Tumusiime out from behind bars with one year of probation. However, the conviction remained on his record.

The film followed every step of Gash’s mission to clear Tumusiime’s criminal record so he could be a free man. On June 19, 2015, after spending two years in jail, the courts ruled that the conviction would be redacted. One attorney could not defend both Rose and Tumusiime without being prejudiced against one of them. Tumusiime became a free man.

After the film screening, Gash called Tumusiime via Zoom to show those in attendance where he is and what he is doing now.

Tumusiime said he hoped to become a practicing doctor in Uganda, a feat that would have been impossible without the exoneration of his wrongful conviction, Gash said.

After the exoneration, Tumusiime attended medical school in his country pursuing a degree in medicine and surgery. He is now a surgeon in Uganda. Joseph Tumusiime, Tumusiime’s younger brother has hopes of becoming a lawyer.

“Joseph is now in Law School,” Tumusiime said. “I think he has just a few months to become a lawyer as well.”

Gash said Tumusiime now owns and operates a hospital in his hometown providing medical assistance to the communities.

Senior Carter Lentz said he enjoyed seeing first-hand how hard Gash fought for Tumsiime’s exoneration so he could move forward in life as a free man.

“I think something that was really powerful was watching how Jim didn’t just get the one-year probation and said that was enough,” Lentz said. “He continued and fought for the exoneration so that he [Tumusiime] could get into medical school.”

Tumusiime said his mother visited him in prison often, despite his efforts to keep her away. He believed he would never be set free and it was best if she stayed away. During her visits, she would remind him about the love and Word of God.

“She used to tell me that, sometimes, God uses what you would see as a bad thing to make good, and I still believe in that,” Tumusiime said.

Price said the film highlights the idea that everyone deserves a just legal process, regardless of if they are guilty or wrongfully accused.

“There’s the perspective that even the people who are so guilty and did commit horrible crimes still deserve justice because everyone does,” Price said. 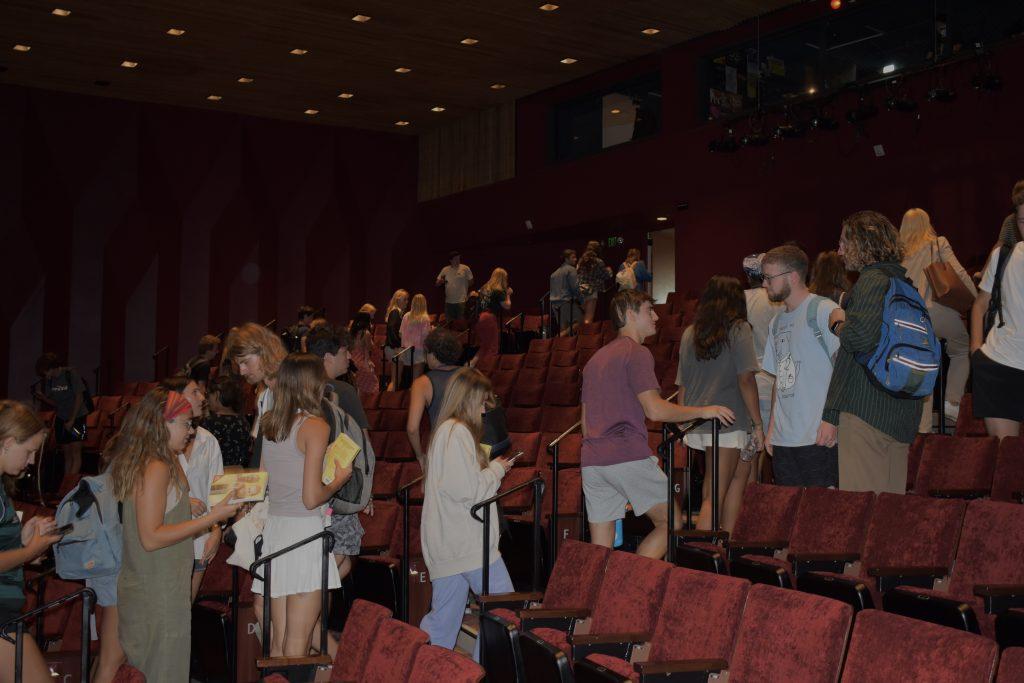 Gash said he hopes this hunger for worldwide justice will reach students outside the Law School and become a university-wide goal.

“The Law School has been very much engaged in the developing world, particularly trying to bring justice to those who don’t have it and we’re eager for this to be a university-wide endeavor,” Gash said.