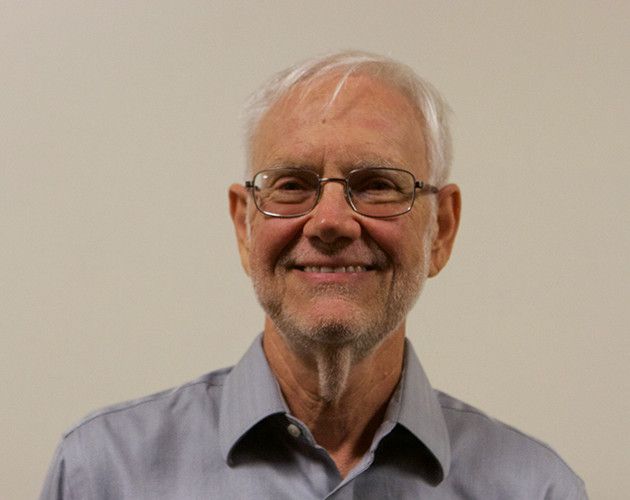 Bookshelves surround the entire office of religion professor Ron Highfield, and it’s no coincidence. “I’m sure I have things now that I think, ‘I don’t know if I could do that,’ but writing a book is not one of them,” he said.

Multiple professors at Pepperdine have published and continue to publish various personal and academic works. Most professors emphasize the importance of having this kind of credibility and its positive influence in the classroom.

He has also published two of what he calls “service books” in the past two years through Amazon. According to Highfield, these books were intended to serve the public through short essays for seekers and believers exploring elements of faith in a post-Christian culture. The books are titled “The Thoughtful Christian Life” and “Christianity — Is It Really True?”

In addition to being an author, Highfield also teaches Christianity and Culture, as well as upper-division systematic theologies. He was born in the deep south of Alabama and continued moving west as he went to college. He received his Ph.D at Rice University in Houston and made his way to Pepperdine 26 years ago.

“[Pepperdine is] a fantastic school; I knew it was a fantastic school then,” he said. “I came out and interviewed and met a lot of great people and people I had heard of or known and it has fit me, and this is where I plan to retire from.”

Highfield said he has been devoted to his faith his entire life. He is also very involved with the Church of Christ and has participated in college and youth ministries, and is an elder at the University Church of Christ on campus.

When asked about his inspiration for writing his different books, Highfield said, “I’ve always wanted to be creative and I’m curious in investigating issues, and I think that when you study a subject and you see there are areas that need more discovery, that motivates you to work on discovering that. Or when you hear ideas that you think are just not quite right and want to find out what’s wrong with them and correct them, or at least have your own say. It’s highly motivating to do that.”

Highfield was interested in math and chemistry in college and became an avid reader to develop his writing skills.

“The need and the passion [came] first for me and then I had to acquire the skills,” he said. “I don’t write just dull academic stuff. To me, it’s passion.”

Highfield said he has made it his goal to write one theological essay each week, which he has successfully done for the past two years and two months. He said he feels that writing these books, in addition to the essays posted to his blog at ifaqtheology.wordpress.com, are his way of serving the public.

“Scholars need to not only write for other scholars and students, but they need to do something for the general public, and this is what I want to do,” he said.

In an email, Ed Larson, a law professor and published author, echoed Highfield’s sentiment concerning giving back to the wider community in terms of scholarly publications. Larson has written numerous scholarly texts and also won a Pulitzer Prize for history in 1998.

“I encourage my students to be lifelong learners. Publishing demonstrates my commitment to ensuring that knowledge reaches my students after they graduate, and it also allows others, who are not fortunate enough to attend Pepperdine, to learn from our fabulous faculty,” he wrote.

Highfield said he feels it is crucial for professors to be published. Personally, it serves to help keep him creative and up to speed with what other scholars are doing.

“When you teach out of what you not only have read or learned, but what you have created, what you have understood, what you have articulated, you can help students so much better,” he said. “I try to have relationships with students as much as I [possibly can].”

Professor Dyron Daughrity published the book “To Whom Does Christianity Belong” this July, which focuses on political, social and philosophical tensions in global Christianity today. The bottom line, he wrote, is that Christians disagree on just about everything, and his book investigates these regularly disputed questions. In regard to published professors, he also emphasized their benefit in the classroom.

“The classroom experience is enhanced because your professor’s mind is on the most recent and relevant discussion happening in the discipline,” he wrote in an email.

According to Daughrity, published professors offer a number of benefits to students, including letters of recommendation and professional connections, as well as creating opportunities for students in the realm of research.

“You really can’t go wrong with a professor who publishes. From a student’s perspective, there is little to no downside,” he wrote.

Senior Media Production major Channing Nichols expressed the benefit of having published professors in her classes.

“When I have a professor with published work, I definitely feel like I can trust his or her knowledge knowing they have done extensive research in their field,” she said. “However, I don’t think having a professor who hasn’t published work gives them any less credibility; I still choose to trust their knowledge.”

In an email from communications professor Craig Detweiler, he confirmed the benefits of having the credibility in the classroom. Detweiler has published a number of books, with his most recent being “iGods: How Technology Shapes Our Spiritual and Social Lives,” which was published in November 2013.

“One of the most satisfying aspects of being a professor is revising my books and research within the classroom,” he wrote. “It is great to try out new material with students, to discover if my writing is communicating clearly. It launches lively discussions before I turn my pages in to the publisher, and the publisher creates a book that I know can be utilized in universities around the world.”

He also emphasized the importance and benefit of having timely research and how that affects his teaching style and students.

“A book contract forces me to make my research questions as timely and applicable as possible. Students aren’t just experiencing something I read years ago, but hopefully they’re invited into something I am discovering and writing about this week,” he wrote.

Highfield urges readers ,and Christians specifically, to be rational, responsible and thoughtful in all that they do.

“If I have any kind of motto, it’s that human beings are amazing and what makes us amazing is our minds, and to use our minds for wisdom and thoughtfulness.” 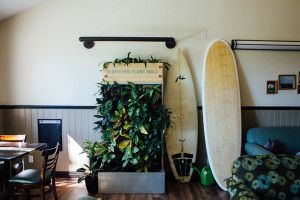 Sustainability is being promoted in tangible ways this year at Pepperdine. The Center for Sustainability recently announced...
Copyright 2013 Jupiter Premium Magazine Theme
Back to top