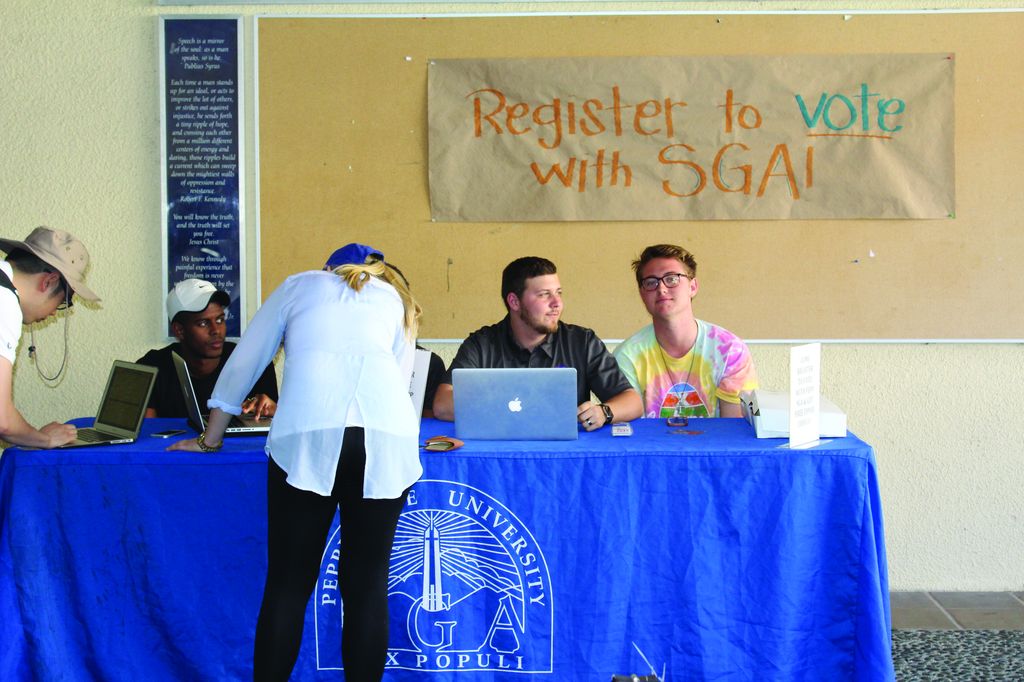 The Student Government Association hosted its first voter registration Tuesday at 2 p.m. to make it convenient for students to make their voices heard in local, state and federal elections, according to SGA’s Facebook page.

In past years, there has not been an opportunity for students at Pepperdine to register to vote on campus by the Freedom Wall, according to the SGA’s Facebook page.

“Austin Welch, a freshman senator, is very interested in our student body being engaged in the election process,” SGA Vice President of Administration and junior Edward Adutwum said. “So the Senate approved a resolution to back voter registration on campus to help students register for upcoming primaries and general election.”

“[To make voter registration happen on campus] I began by writing a resolution to create Voter Registration events,” Welch said.

Adutwum said some of Pepperdine’s students will be eligible to vote for the first time this year.

“Some of our students will be turning 18 or have turned 18 before the election, so we wanted to make sure they have the opportunity to vote for the candidates they think will serve this country very well,” Adutwum said.

“With such a heated United States presidential race going on, the 2016 election year is likely to yield some of the highest effects of the youth vote on who eventually becomes our next president of the United States of America,” Welch said. “As a country built on democracy and the representation of all citizens, less than half of young adults voting poses a serious threat to the resonance of our vote and voice, because if young adults aren’t important enough to sway an election, there will likely be little reason to take the 18-29 demographic onto consideration when governing.”

“As you know, voter turnout in American elections is very low compared to other political democracies, and I am all for efforts to increase those participation rates,” Soper said. “Representative democracy is premised on the idea that elected officials hear the views of voters through the electoral process, but for now they are getting an incomplete message.”

Soper said efforts to have a voter registration on campus are a small step to increasing the vote.

“Turnout rates are particularly low for younger voters (18-29), and while there are various reasons for that one cause is that you are all very mobile — including going to college — and you don’t think to get around to register in your new address or to request an absentee ballot in your home address.” 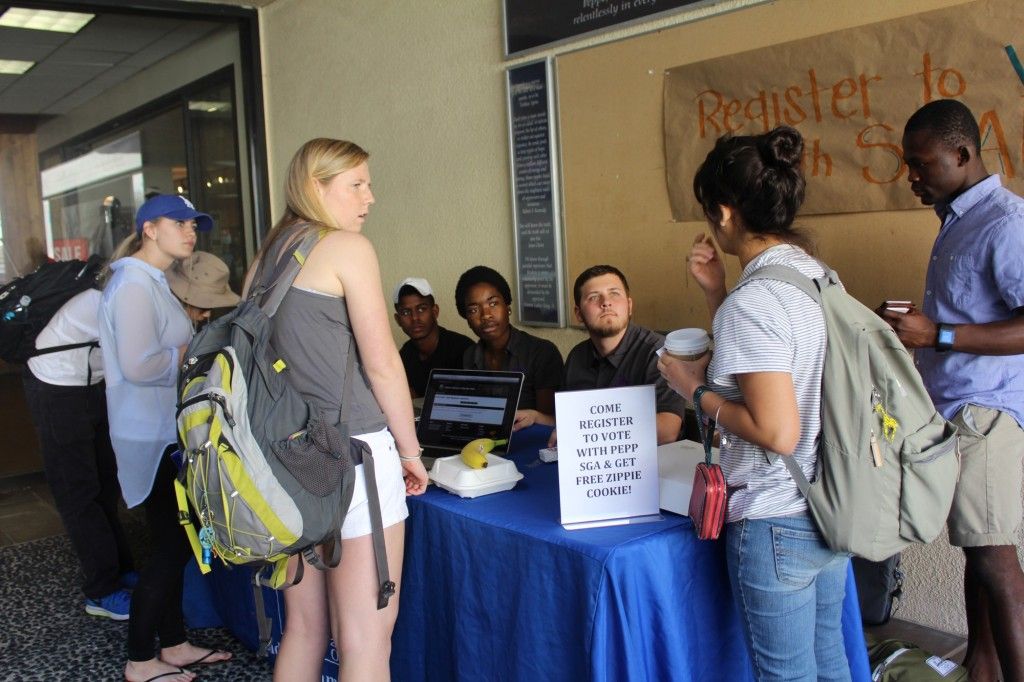 “I think being able to register to vote on campus is great because it gives students a great, easy opportunity for people our age to get involved in the political process,” Blizzard said.

Junior Amberly Gil said she plans to register to vote on Pepperdine’s campus.

“It’s great that students can register to vote on campus, especially since our generation generally has really low numbers of people voting,” Gil said. “With more people able to register to vote [more easily], students are more likely to vote and educate themselves on the candidates,”

SGA Vice President of Finance and junior Noah Wossen discussed the benefits of having voter registration on campus.

“The convenient setup of the voter registration presents students with the opportunity to participate in the political process. Students will be informed and aware,” Wossen said.

SGA wanted to use the voter registration time to gain face time with students to answer their questions and listen to any concerns, Wossen said.

“[Voter registration] will open up a space for students to communicate and give SGA feedback while registering to vote in upcoming 2016 primaries and general elections on the Democrat, Republican or other parties they are affiliated with,” Wossen said.