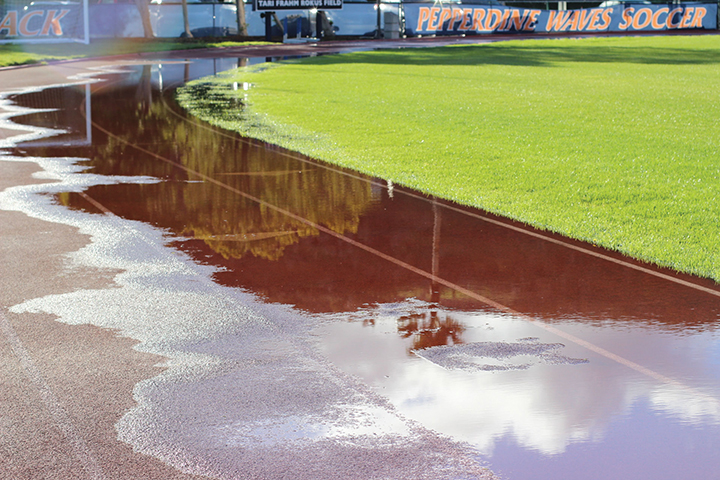 Pepperdine students and faculty are heading back to school after classes were cancelled and offices were closed on Monday due to inclement weather and intermittent weather conditions.

They were notified via email and text message on Monday Jan. 23 at 6 a.m. about the class cancellations. Classes were also cancelled the week before, Friday, Jan. 20, at 2:30 p.m., for the remainder of the day.

Some of the nearby roads that many students and staff take to the campus, including Malibu Canyon, Topanga Canyon and Las Flores Canyon were closed following heavy rain, rock slides and power outages.

On Monday, President Andrew K. Benton said he met with the Pepperdine Emergency Operations Committee at 5:15 a.m. “to see what we learned about campus conditions over night, and what the weather patterns looked like for the day, and we made the decision that the safest thing to do would be to let classes go today.”

Malibu received 1.51 inches of precipitation Sunday, according to the National Weather Service.

The heavy rain flooded Stotsenberg track, preventing anyone from running on it.

Los Angeles County Public Works management closed Malibu Canyon on Jan. 20 at 9 a.m. and the road remained closed until Monday at 2:15 p.m. due to rockslides accelerated by recent storm activity, according to the City of Malibu website.

“Slide debris was removed, but County geologists must evaluate the stability of extremely large rocks that are sitting on the slope above the road,” the website stated.

Benton advised students to not make unnecessary trips while the roads were closed.

“If you can stay on campus, stay in Malibu, this is the time to do just that,” Benton said.

Junior Matthew Cruz said he planned to spend the extra day working on homework that he did not have time to finish during the weekend.

“I’m glad it was on a Monday,” Cruz said. “It was like a three-day weekend plus classes were cancelled Friday, so it was almost four days.”

Freshman Daniel Firescu said he was “super bummed out” that classes were cancelled.

“I’m scared I’m going to forget what I learned in math,” Firescu said.

The city was under a flash flood warning until 6 p.m. on Monday and it is under a high surf advisory until Jan. 25 at 9 a.m.

The university posted an update on Sunday at 9:03 p.m. on their emergency notification website, emergency.pepperdine.edu, that said, “The University Emergency Operations Committee (EOC) is monitoring all weather, facility conditions, and road related activity as a result of the rains. Pursuant to established protocol, the EOC will assess weather and road conditions early in the morning to make a decision regarding the status of classes and campus operations.”

Then, on Monday at 5:47 a.m. university community members were notified that Pepperdine officials had cancelled classes and campus offices were closed. The university uses the Everbridge emergency communication system to send messages directly to community members’ e-mail; cell, office, and home telephones; and designated emergency contacts, according to Pepperdine’s emergency information website.

Senior Vanessa Wang, who lives in Calabasas, said she appreciates that DPS emailed students early in the day about the closure.

“it normally takes me around 15 to 20 minutes to get to school, but today, it would probably have taken me more than 40 minutes,” Wang said.

Freshman Emily Tran said she found out classes were cancelled when she checked her email before her 8 a.m. class.

“I was excited,” Tran said. “It gave me another day to prepare, which is nice. It’s like Sunday all over again.” 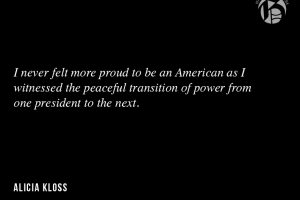 Graphic by Nate BartonI never felt more proud to be an American as I witnessed the peaceful transition of power from one president...
Copyright 2013 Jupiter Premium Magazine Theme
Back to top