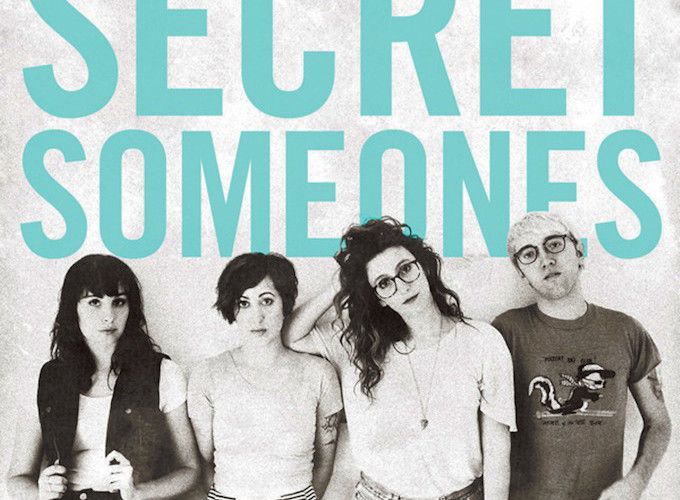 If you could stick HAIM, The Bangles and The Cranberries into a blender and add a dash of Weezer and Green Day in there, you’d be sippin on a Secret Someones smoothie.

The four pop rockers hit the road to go on tour with Marianas Trench this week, so far performing in Portland and Seattle. They released a self-titled debut album in August, reminding the music world why we still aren’t over girl bands.

Well, 75-percent girl bands. Teamed up with singer-songwriters Bess Rogers, Leila Broussard and Hannah Winkler, drummer Zach Jones is the odd man out. I got a chance to speak with him about the gender gap today before he made a breakfast excursion to a place called “Biscuit B–ch” in Seattle.

Q: How is the tour going?

A: It’s going great. Seattle’s awesome. I love it here. We have the day off, so we’re hanging out. I think we’re going to see the new James Bond movie later on.

Q: How is playing here different than at home in Brooklyn?

A: The audience is so far really good. Like last night, they were just nuts. They were really amped up. And that’s really nice when you get to walk out into an excited crowd, and you don’t have to work super hard to get them interested.

A: It’s great. We toured in Australia with them about a year ago. They really are the sweetest guys, and we all got along really well. So they brought us out for [the tour]. We’re only a couple days in, but we’re having a really great time.

Q: How did you get involved in Secret Someones?

A: I knew Bess [Rogers] first in the band. The three girls put together a house concert tour when they were going to support their solo music, and I went out as a drummer for all three of them. We had a good time and got along, and the band kind of grew from there.

Q: Ingrid Michaelson referred to you guys as “Weezer with boobs.” Does it ever feel like a girl’s club?

A: I don’t mind it because I feel strongly that the female voice is kind of lacking in rock music. In the nineties there were so many female bands, and it seems like that kind of really took a dive for a few years. And now you’ve got people like St. Vincent and Jenny Lewis, and there’s a lot of exciting artists doing great stuff. So in a way, I feel like we’re part of maybe a larger thing, and I’m happy to be a part of something like that.

Q: Rogers said “Let You Go” was written over a lot of tears and whisky. Are the backstories behind your other songs as melodramatic, or do you mostly just crank them out?

A: Most of the way this stuff gets written is that the three girls sit down, and it’s more deliberate and a bit more planned out. Most of the stuff on the album that we learned early on in the band and was the basis for the first year of shows happened pretty quickly. The three girls wrote it all in maybe a week or two. We had a band, and we needed tunes, and they sat down and made the tunes happen.

Q: A lot of the lyrics on “Secret Someones” focus on love and loss in relationships. Do they identify with one specific person’s love life more so than the rest?

A: I think at the time that a lot of the stuff was written, [Broussard] and [Winkler] in particular were going through a lot of relationship stuff. But a lot of times when you write songs, you exaggerate emotions that you may have. I know there are songs on the record that are completely fictional.

Q: You all have a musical history as solo artists. When you came together, how did your styles blend?

A: Part of what made that easier was that we were doing these house concert tours and having a great time playing each other’s music. We were listening to a lot of specific stuff. We were listening to Weezer, Van Halen, Talking Heads — a lot of more electric guitar, rock and roll stuff. When we started the band, we had more of a blueprint of what we wanted it to be. It didn’t just fall together. It was a deliberate decision to sound a certain way.

Q: Why did you decide to name the album “Secret Someones”?

A: Honestly, we probably couldn’t think of anything. I think we kicked around some ideas and had different names that we liked. Nothing really stuck, and unless it really feels awesome and it’s something we’re all really excited about, we don’t do it. “Secret Someones” felt like the right move.

Q: Tell me about “The Dookies,” your Green Day tribute band. Where did that idea originate?

A: We toured with [Jukebox the Ghost] and they’re also really good friends of ours. We hang out at home. They’re great. We always say they are band soulmates to us. Last year for Halloween, they did a gig in Brooklyn and played a set of their own music and a mixed bag of covers. And we opened our show with our own music. This year, they invited us to open up, and they wanted us to do a tribute band because they were going to do Queen. They were doing a whole set of Queen music called “Hallowqueen.”

We talked about Weezer and a few different things, but for some reason when we talked about Green Day, everybody got excited. The shows were a blast. We did one on Halloween, and I think we’re going to do more down the line because we just had the best time.

Q: Would you consider Green Day a musical influence?

A: Yeah, sure. [Christ Lord-Alge], who mixed our album, mixed “American Idiot.” Sonically, we really love what they do. Also, we all grew up on their songs. And for me, with “American Idiot” in high school, I remember getting my license and driving around and listening to that.

Q: What are some goals for the band?

A: Obviously, we’d like to headline at some point and have a crowd of people that come specifically to see us. So that’s the goal. We have so much fun getting people to see us, and the record is still pretty new. I guess the goal is to walk in a room of people there to see you and have them know the words.

Q: Besides seeing the new James Bond movie, what else are you thinking about doing on this tour?

A: Finding good food, good coffee. Honestly, that’s the kind of stuff we look forward to on the road. The girls this morning found a yoga studio to go do yoga in. It’s just kind of being able to explore the cities you are in and the stuff that makes the cities special and exciting. Being New Yorkers, we kind of love that stuff. And it keeps you excited about every city you go to and keeps you kind of filled. You can get out and explore a city and feel like you’re in a place for a day instead of the inside of a van.

Their new album can be found on Spotify and iTunes, or you could see the band live next week. Secret Someones is performing at House of Blues on Wednesday, Nov. 11. And if you make it, Jones said to be sure and say hi after the show.

“We love to meet people,” Jones said. “Come say hello and take photos and give hugs.” 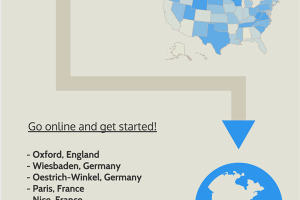 Business students are about to immerse themselves in the global economy, more than ever before. On Monday, Pepperdine University’s...
Copyright 2013 Jupiter Premium Magazine Theme
Back to top