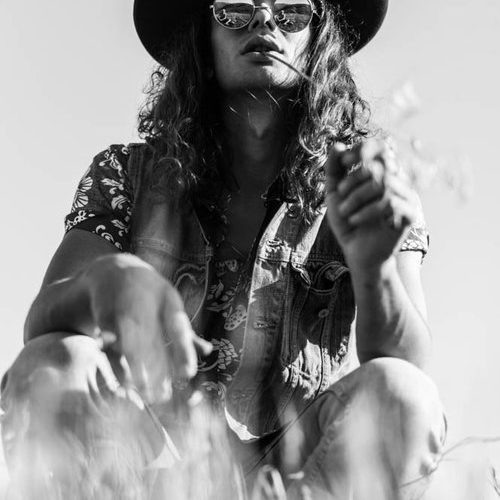 Whether you have heard his California beachside-infused tunes, seen his works of art, or even witnessed different posters with his signature around campus, Los Angeles native and Pepperdine University alumnus Suede Silver is the newest creative to make his mark on the West Coast.

After graduating from the university, Suede embraced his creativity and became a multi-genre artist who isn’t afraid to defy all odds with innovative techniques and a hunger for thinking outside of the box. Inspired by legendary groups like The Beatles and The Beach Boys, Silver is constantly searching for his next wave of creative success.

Get to know the independent creative as he embarks on the road to making his upcoming conceptual project, “Manic Drive.”

LB: Where are you from? How did you get your start as an artist?

Suede Silver: I grew up in Pasadena, so not too far. Local, I guess. As far as being an artist, I started playing my dad’s guitar that he used to leave around when I was 10. Even at the age of 6, I was always pretending I could play guitar. My mom even told me that before I could talk I would sing “Can’t Help Falling In Love” by Elvis Presley. I think there’s still VHS footage out there somewhere.

LB: How did you grow up?

SS: Luckily, I grew up with certain circumstances that enabled my creativity. Both my parents are very supportive. There’s always instruments around, and my dad is an artist so I can pick his brain and ask him how to do stuff.

LB: How has being from California shaped the artist you have become?

SS: I think a lot of my artwork, especially my music, is very sunny and happy. I love the ocean, surfing and classic California aspects, but I love The Beach Boys and The Beatles. The Beatles was the first record I ever got, and I begged my grandpa for one and I think he gave it to me on tape. I just love that kind of music — it’s so classic and iconic.

LB: What about your first band, The Graves?

SS: It was a band I formed with my brothers, and it was really good and helped me get on my feet as far as writing and recording songs. It actually did really well, but a couple years in everyone was on a different page. I was really into it because it was my thing, and they weren’t as into it because it was my project which I didn’t realize at the time. It eventually fizzled out, which is fine because I think it ended up being for the better.

LB: How did Pepperdine University play a role in your career development?

SS: When I was focused on The Graves, the band took up more of my time and because of that I would do less school. Then when it finally came to a stop, I thought to myself, “I’m either going to do music full time or finish my education.” I applied to schools on the beach in California and one of them was Pepperdine.

It ended up being a really refreshing experience coming out of the band. It wasn’t toxic or anything, but it ended up making music something it wasn’t supposed to be. Coming here, there was no attachments to music or art or anyone even. It’s a sweet part of how “Suede Silver” was started because I was just doing this for myself and it turned into what I’m doing now which is super fun. Ultimately, it ended up being a really cool transition.

LB: In what ways did the Pepperdine community specifically shape you as an independent artist?

SS: I had thought about doing a solo project for a long time, and I just kind of stuffed it away while I was dealing with the band, but when I was here I got busy really quick. I was a business major, classical guitar minor and an RA. Being so busy here helped me start my music with a clean slate. Before I was making solely indie-pop, surf, beachy music, but once I took a couple years to not even focus on music at all, I started branching out into some hip-hop beats, a lot more experimental rock and even some country songs. It helped me be a lot more diverse in the genres I was interested in.

LB: You are in the midst of making a new album, “Manic Drive.” Can you fill us in on what fans can expect?

SS: My whole goal for this year is to make any project I was passionate about in the moment and do it as well and as quick as I can. A part of that concept was “Manic Drive,” which was originally a song I wrote. Then for Christmas, I wrote my girlfriend a bunch of quick songs and sent her a CD, which is so classic, but after I was like, “Whoa, these songs actually turned out really tight.” After giving it some thought, I came up with this concept to have it feel like you’re taking this journey in a car. The songs are really cool, definitely not a pop hits thing, but I’m so excited to see how it turns out.

For more updates on Suede Silver, follow him on all social media platforms: @SuedeSilver. Check out his website for more information and even a chance to say hey! 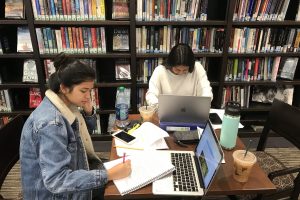