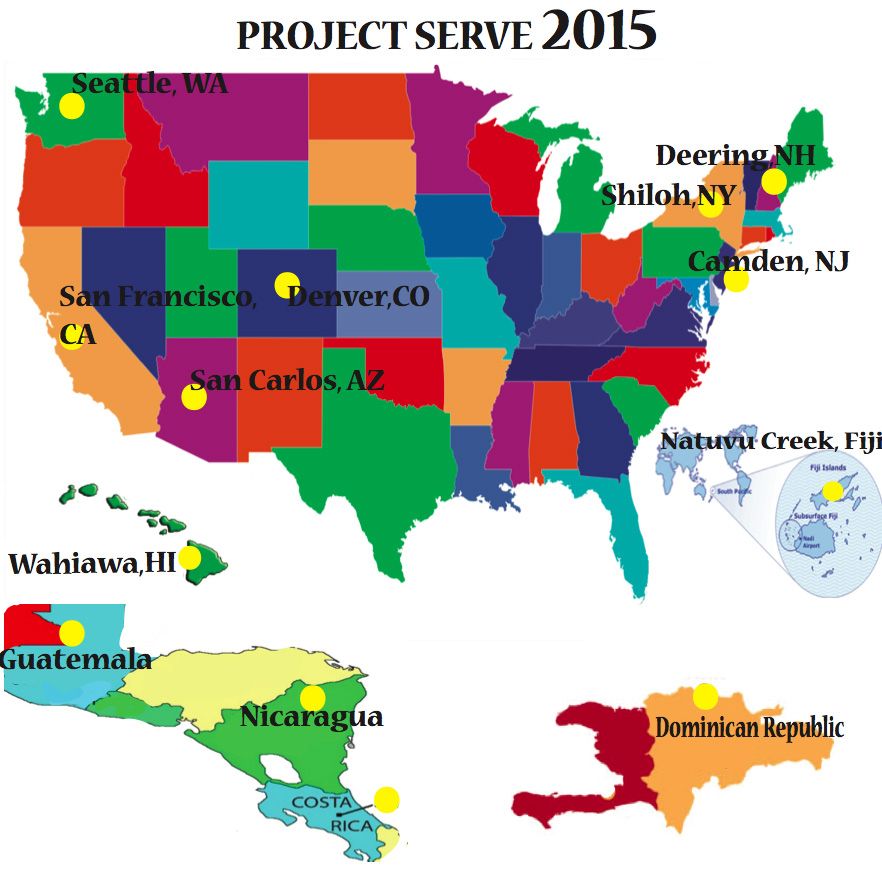 While some students are preparing for beach time in Cabo, others are preparing to study sustainability in Puerto Rico, help the homeless in Hawaii and much more. In less than a week, several hundred students will leave Malibu and spend their spring breaks continuing a Pepperdine tradition that is 18 years old and going strong: Project Serve. Students have spent months applying and preparing for this spring break’s mission trips. This year, Pepperdine students will be visiting 16 different sites, both domestic and abroad.

“Project Serve, in a lot of student’s minds, is about going this week of spring break to serve these different communities that are in need, and they come back and they are done,” Assistant Director of the Pepperdine Volunteer Center Justin Schneider said.

In accordance with the Pepperdine mission, Project Serve seeks to start students on a path to leadership through service. “Service, purpose and leadership are all available and can be found in Project Serve,” Schneider said. “It’s about the students’ life leading towards that purpose, which we hope is related to some area of service where they are serving people in need, just as Jesus served the community and those around him that were in need.”

The main goal, according to Schneider, is that students “are engaging in acts of servant leadership, which is leading by example, drawing people into conversation and bringing these topics up.”

Through Project Serve, students are involved in a highly diverse range of projects. Schneider said when choosing a Project Serve partner, “We want a local organization, an organization that is in their community serving full time. We want organizations that are permanently located in those communities.”

From places like Shiloh, New York City, which has been working with Pepperdine for 13 years, to places that Pepperdine has only worked with for a couple of years, such as Surfing the Nations in Hawaii, Project Serve is a growing and changing project that allows many different opportunities to serve.

“Project Serve, on the whole, has one of the biggest impacts for each individual student throughout their college career,” said Schneider. “I think it is springboarding people to return, that it encourages them to continue going multiple places.”

Project Serve is meant to be an experience that students can return to. “We want team leaders that had such a great experience that they want to bring these experiences to more Pepperdine students,” he said.

Not all team leaders, however, are Project Serve alumni. It is possible to get involved without prior experience. Junior Annie Averill, who works in the Volunteer Center, will be serving as a project leader in Denver this year on her first Project Serve mission.

“I knew a lot of people who have done it,” Averill said. “I missed the boat freshman year, and that’s why I’ve never done it. I thought it would be a really cool opportunity. I’m really passionate about service and social justice in general so I just thought it would be a good way to get involved.”

Averill’s team will be working with the DOOR Network to help different organizations each day they are in Colorado.

“It was great because I got to know people I never would have known otherwise,” Platt-Friday said. “What was most unique about the setting was that, in Chicago, there are really urban areas. We weren’t in the best of neighborhoods. That was similar to my upbringing, but a lot of other students were really uncomfortable. It was cool because the church we were at used that as part of the service, being comfortable in your environment and understanding when you are uncomfortable versus in danger. It was a lot of different variables in addition to the work we were doing.”

While it is too late to join Project Serve for this year, it is not too late to think about joining this important Pepperdine tradition in spring of 2016.