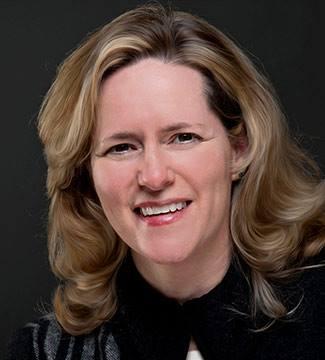 Professor of Music Melanie Emelio smiles at the camera in her professional headshot. Emelio will retire from Pepperdine this year after 22 years of teaching. Photo courtesy of Melanie Emelio

While signing her contract with Pepperdine, Music Professor Melanie Emelio said she thought she would stick around for maybe two years then return to teaching in Houston. Instead, Emelio stayed at Pepperdine for 22 years and is now retiring.

Emelio has a rich history not only as a professor, but also a performer. Her love for music has brought her to stages throughout the United States and Germany appearing in opera, oratorio and recitals.

“I think that there are amazing ways that the voice can create color and can evoke that emotion from an audience member,” Emelio said.

Emelio’s parents taught her to love music, she said. Although her parents didn’t have formal musical training, Emelio and her two siblings played a variety of instruments and sang growing up.

“I think of our parents being reared in the Great Depression, it was very important to them we had music in our education,” Emelio said.

Emelio received a musical scholarship to study Pre-Medicine at Abilene Christian University. As a vocalist and a pianist with great public school music teachers, Emelio said she always knew if she wanted to teach, she would teach music.

Emelio chose to pursue music in college instead of medicine or science. After receiving her bachelor’s in Music Education, she went on to receive a master’s of Music at Rice University, according to her biography on the Meet the Faculty at Pepperdine, Seaver College page.

After eight years of teaching in public school, Emelio transitioned to teaching at the collegiate level. In 2000, she received her doctorate in Music from the University of Maryland.

At the time, she had a friend who taught in the Music department at Pepperdine. David Baird, the dean of Seaver College in 2000, spoke with Emelio about a position at Pepperdine and Emelio accepted.

Little did Emelio know when she became a professor at Pepperdine, she’d be signing on to much more.

“My husband and I were not blessed with children,” Emelio said. “And so we were just talking about this again the other day […] that we just felt like we have been surrogate parents for years now.”

Vocalists get one-on-one sessions with their professors each week, which Emelio said helped her develop close relationships with many of her hundreds of students over the years.

Emelio’s students have been her favorite part about teaching at Pepperdine.

“All the years I’d been there we just get these amazing students,” Emelio said. “And they allow us to mold them and shape them and be creative with them.”

Her students have performed on stages with the San Francisco and Los Angeles operas, according to her biography on the Pepperdine website. Others received acceptance to graduate programs at Bard College, Boston Conservatory and the Lamont School of Music.

Emelio’s schedule kept her busy, as she balanced her students at Pepperdine alongside working in the performance industry, she said.

“[There was] not enough time. Not enough hours in the day, ” Emelio said.

Most days she said she would work, go home, nap, change, eat dinner, then go back to work.

In retirement, her days will instead be filled with hiking, fishing and enjoying the four seasons in Missouri, she said. Emelio and her husband are building a house in the southwest corner of the state, near Branson.

Emelio said she doesn’t plan to leave music behind though. She’ll still incorporate it in her life as she has built a music room in the home.

“I’m looking forward to still being a part of music and teaching, just in little, small doses,” Emelio said.