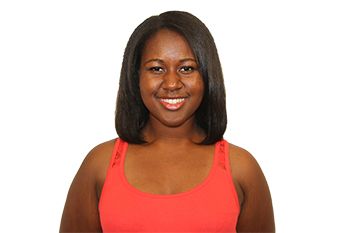 “Scenic Pepperdine University in Malibu, Calif., has its very own tent city reminiscent of the Depression era.”

This is what I imagine reporters saying when they come to report on the installation of new on-campus housing options facilitated by students for students. For those of us who missed out of on-campus housing for next year, fear not. There are still some viable on-campus options that Housing and Residence Life don’t advertise, but which I encourage you to explore.

For the student without a vehicle, the means to live off campus or the schedule to support such an option, on-campus housing is really the only option for optimum chances of academic success. A study done by Lydia I. Casiano of Loyola University’s Department of Psychology, found a “negative relationship between stress in living arrangements and academic performance.”

HRL advertises housing for upperclassmen in Lovernich, George Page and Drescher. What they neglect to share is that there is a hotel located at Drescher, or the possibility of making Alumni or Rho parking lot a place to call home.

According to HRL, rooms in the hotel are on the table to be added as on-campus housing. Since space is limited in the hotel to number of rooms, I’m going to focus on the options of living on Alumni Park and in Rho.

For a much more affordable price, one can purchase a luxury tent (or two), and set it up along the banks of the Alumni lake. Not only are you living lakeside, but you’ve got the best ocean view of any on-campus housing option. For bathing, you can use the lake. If that doesn’t appeal to you, you can shower at the dorm of one of your fortunate friends with on-campus housing or the showers in the Fieldhouse.

The tent option is the most affordable on-campus housing option, and just imagine the community it would create. Tent City would be the place to live for the upperclassmen in touch with nature.

But suppose you’re not much of an outdoorsy person; purchase yourself an RV and hook it up in Rho parking lot. During Bible lectures dozens of attendees do just this for an entire week. The RV would provide more comforts of home than would Tent City, and you would have your own kitchen and bathroom. You could also make it as high tech as you want to be — just be courteous of others’ space and don’t buy a huge one. Sure, this option would limit space for cars to park, but do freshmen really need cars when there are homeless upperclassmen?

Due in part to discounts making on-campus housing more affordable than most off-campus housing and larger classes being admitted every year, we upperclassmen must use our on-campus resources.

Tent City and Rho Paradise are just two options besides the hotel. There is nothing on the books that I could find that prohibits you from taking advantage of these unadvertised on-campus options.

Instead of stressing over off-campus options, use good old Google to help you find a luxury tent or RV, which will guarantee you on-campus housing next year.