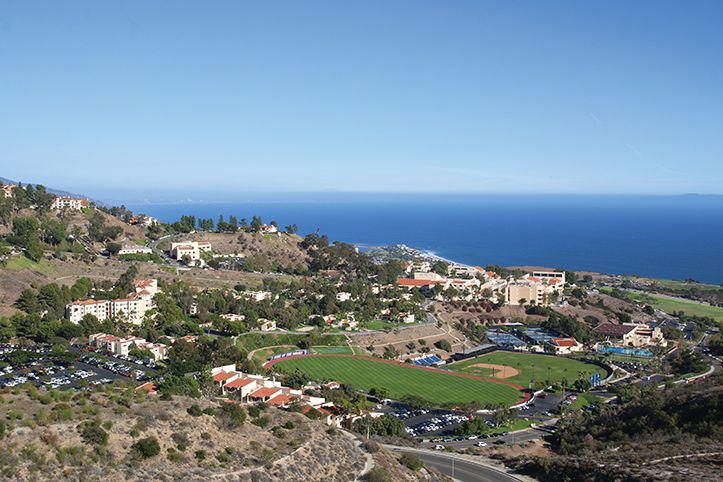 In a recent post to POPSUGAR.com, Pepperdine was named one of the five most beautiful college campuses in the U.S., more specifically the one with the “most beautiful view.”

Senior Emily Amundson said the view here was definitely a factor in her choice to attend.

“The Christian atmosphere and the academic rigor at Pepperdine were major factors,” she said, “but the view was the cherry on top.”

Senior Greta Davis also said Pepperdine’s location was a significant factor in her choice to attend, and the location even supports her personal interests.

“A huge factor for me was knowing that there’s a place I can hang out during my free time,” Davis said, “whether it was going on local hikes or to the beach.”

When asked how Pepperdine ended up here in Malibu, President Andrew K. Benton wrote in an email that the search started in the 1960s.

“More than 30 locations were reviewed, with an eye toward opening an experimental campus,” he wrote. “Eventually, Malibu was selected as having the most promise.”

Benton also said that the beautiful campus we have now would not have been possible without the help of a longtime affluent Malibu family, the Adamsons.

“At the same time Pepperdine College was looking for a new campus, the Adamson Family was looking for a college or university to help create energy in the Malibu community,” he wrote. “Their gift of 138 acres started it all. Over time, we added almost 700 more acres for a total of 830 acres that we own today.”

POPSUGAR is not the only media outlet to recognize Pepperdine for its looks.

The Huffington Post U.K. ranked it in the Top 15 of the world’s most beautiful universities. The Princeton Review, Trip Advisor, Thrillist and thebestcolleges.org have also put Pepperdine at the top of their rankings purely based on beauty and location.

In the intro to Lipoff’s video she said, “College should be about furthering your education, but sometimes a decision on where to attend might have more to do with the locale.” 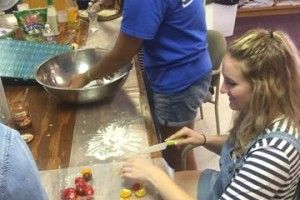 Photo courtesy of Pepperdine Volunteer CenterGeorge Pepperdine imagined an immense body of alumni “who would feel the moral...
Copyright 2013 Jupiter Premium Magazine Theme
Back to top