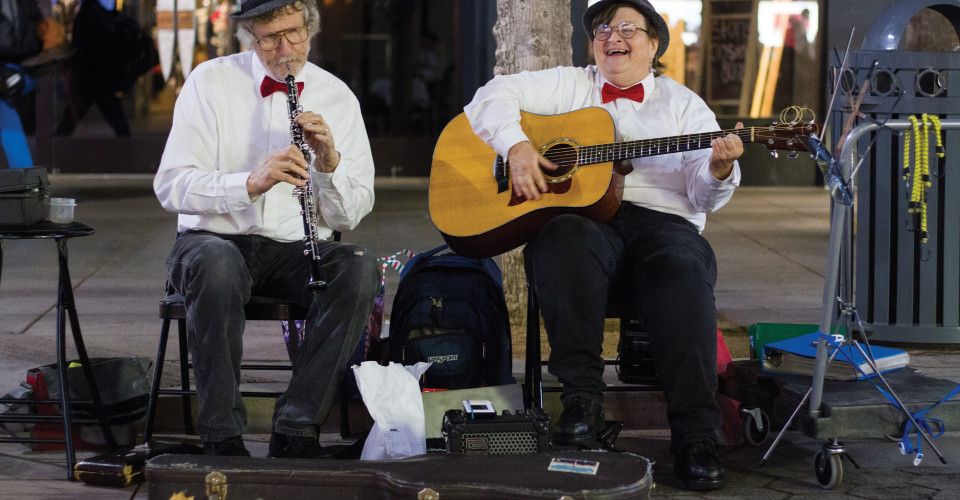 In the midst of crazy shopping seasons, sweaty lines and terrarium stands, we often zone out of the world around us. Unfortunately, we seldom recognize the background noise, and more specifically, those making it.

Third Street Promenade is a long street in Santa Monica with shops on either side. It has a central walkway paved with brick-type stone where street performers, like Chris and Pris Haffenden, gather.

Chris, 71, and Pris, 63, sat perched in their chairs with matching white button-downs, black pants and deep red bow ties. Circular, black-rimmed glasses rested on Pris’ nose, her earrings taking the shape of a reptile I couldn’t quite pinpoint, and her small round hands wrapped around the body of an acoustic guitar. Despite the rhyme in their names, Pris and Chris presented quite a contrast.

These two warm personalities, both native to the Los Angeles area, have been married for 34 years. Pris called it “34 years of holy deadlock” — a joke Chris laughed at and repeated in agreement.

About a year or two into their marriage, Pris learned that Chris had an oboe, and that he’d been playing since he was a kid. It took her 10 years to get him to start playing with her. The turning point was a camping trip.

“We were camping out, and we started playing,” Pris said. “People started gathering around and I said, ‘You see, it does work!’ He saw then it’s something that will work. Just because it’s unconventional doesn’t mean it won’t work.”

Their first professional gig was on their 11th wedding anniversary, on the same street they were sitting, at the Third Street Bar and Grill.

Their lives as performers weren’t without a few roadblocks, some of which included an injury and a skin disease.

Pris tripped and broke her arm in two places back in 2010, damaging the nerves in her hand and causing an array of health problems, including Steven-Johnson syndrome, a rare and severe skin disorder. This resulted in her hospitalization at the Santa Monica Hospital in 2011.

It took her a couple of years to even be able to make a sound with the guitar, and she said it’s only been within the past year or so that she’s really gotten strong again.

Chris, who has a day job as a piano tuner, said he shares Pris’ passion for music and attributes his love of it to her.

“She helped me realize what music meant to me,” he said.

The two use the money they received from Chris’ retirement and Pris’ disability payments as a mainstay, but they said it’s not enough to pay the bills, so they perform music in hopes of staying afloat.

Pris remembers being newly married and saying, “You know what, I wanna just do music. To hell with it, this is what I want. I’m just gonna do it. I don’t care if we’re poor, we’re gonna do it. Because this is my heart, and I’m tired of not following my heart.”

Pris then went to school at Santa Monica City College, where she majored in Music. She made it onto the dean’s list and managed to write the best fugue, or compositional procedure, that her Advanced Counterpoint teacher had ever seen in all his years of teaching.

Their whole “mojo” is “making people happy,” Pris said. “It’s like, what’s important is that so much is going wrong in this world, and when we go in these convalescent homes and somebody is absolutely miserable, and you make ‘em smile, you make ‘em sing a song, that’s like gold.” 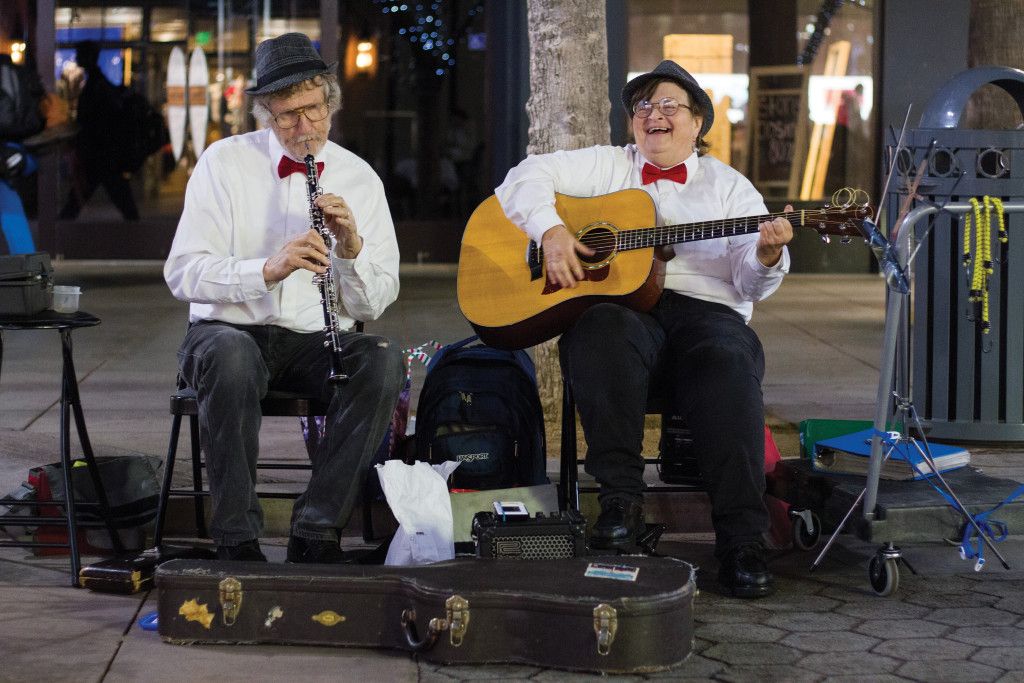 Other street performers, like Segun, 23, are out there strictly because they want to practice their music.

Segun, the name he goes by, is a young man from Dallas, Texas, sat less than a block away from Pris and Chris. He stood, one speaker to his left and one to his right, gripping his acoustic guitar and singing his rendition of “Fast Car” by Tracy Chapman to every passerby. His smile, wide and contagious, radiated through the night scene of the Promenade.

Segun said he has been singing for 16 years and playing guitar for seven. He said he remembers dressing up and performing in the living room for any family member who would listen. When he was 8 years old, Segun said he auditioned for a solo in a choir, which was when he first realized he could sing.

Segun, unlike many of the other street performers, said he doesn’t perform on the Promenade because he needs the money.

“It’s paid practice,” he said. “You have to be able to not care about what other people think in order to draw people in, ‘cause when you don’t care, you perform your best.”

Segun has performed at various venues, including House of Blues shows, Los Globos, multiple Hollywood club scenes, weddings, private events and the Profit Bar in Dallas, Texas. By the looks of it, one might assume Segun’s whole world is centered around music, but that’s actually not the case.

“That’s what I do when I’m not doing music,” he said. “Music was my major. I don’t do anything in science. It’s what I do for fun. I study a lot of quantum physicists and theories, like the law of attraction and the proton effect. I watch a lot of lectures on YouTube about it. But I don’t want to do anything with it, because I don’t want to put pressure on it. I just want science to exist freely.”

Segun, who described singing among homeless people yelling obscenities for no reason as “a mental workout,” said the beauty of the human connection relates to what he does when he plays in Santa Monica.

When my music makes people act, that’s the best part,” he said. “When people act, you know what you did moved someone. So even if I don’t make money from anybody, money is just paper. We assign an emotion to it, but if a human comes up to me and says something to me, there’s a human-to-human energy charge that you cannot get from money. Human-to-human interaction is what is important to me.” 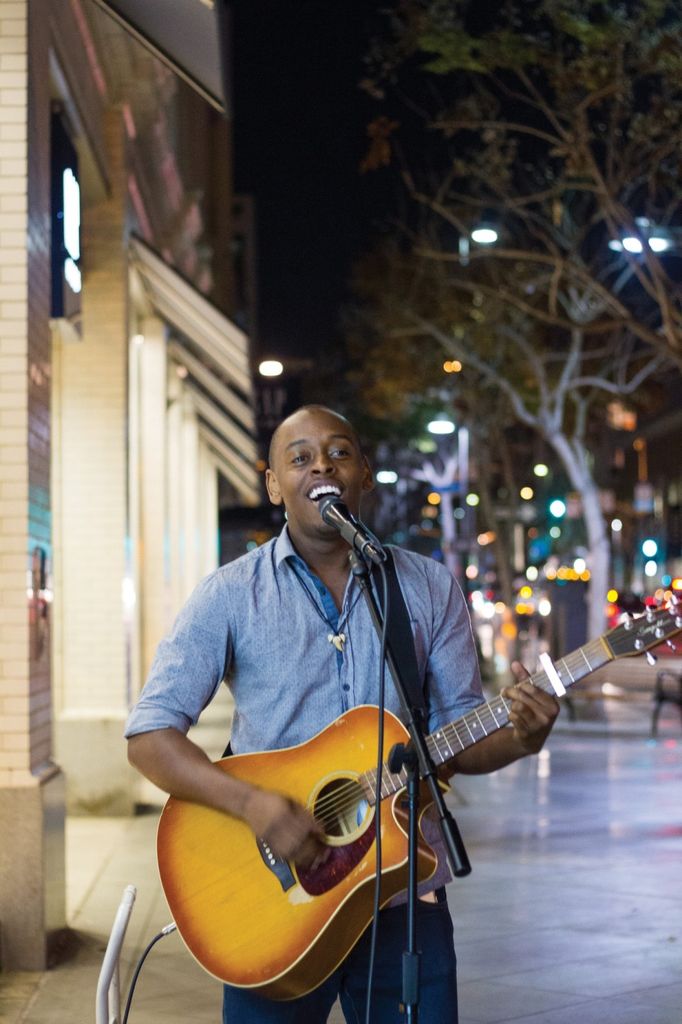 Ben Sharei, a 32-year-old man from Iran, works for Amazon when he’s not out playing music in Santa Monica for fun.

Sharei plays a variety of instruments, including the acoustic, electric and jazz guitar. He has been playing since he was 12 years old. As the son of a bookstore owner, Sharei used to sneak books away and sell them on the side to pay for music lessons.

Sharei, who was a swimmer on Iran’s national team, moved from Iran to the United States because he believed Iran didn’t offer enough opportunities for musicians.

He said he plays in Santa Monica, which he’s been doing for about a year now, because of what it does for the people.

“For example, you and your boyfriend: If you’re hearing my music and put your hands together, that’s the best thing that I could imagine,” he said. “Connecting people.”

Sharei said he adores watching people dance to the music he creates. A little girl no older than 3 years old danced wildly beside him, her brown locks bouncing on either side of her head, a smile pasted across her face.

Ben’s family still lives in Iran, and the only reason he was able to come to the United States was because he received a student visa. He cannot visit his family, because once he enters Iran, he wouldn’t be able to get back into the United States. He is in the process of trying to become a U.S. citizen. 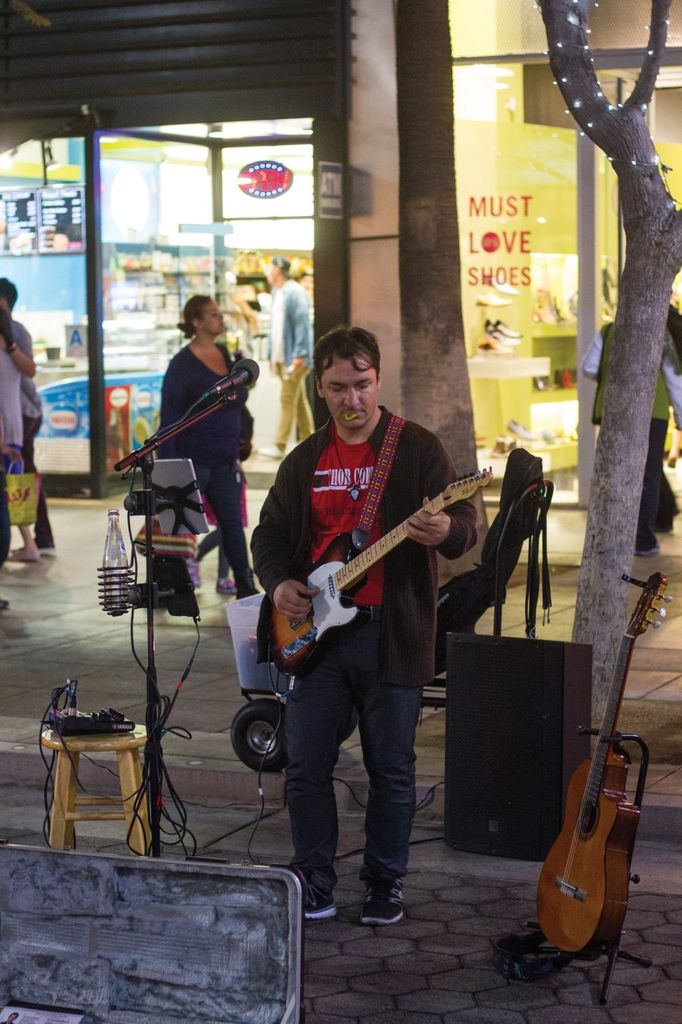 During my conversation with Ben, a parade passed of about a dozen people chanting and dancing. One of the women in the group strayed for a moment, just long enough to hand me a purple flower, and her smile was warm and wide.

It can be easy to ignore the sounds vibrating from the instruments of the street musicians. We often make assumptions, asking ourselves what that person must have done to put him or herself into this desperate situation, or what kind of mental illness plagues this or that street musician.

It’s a beautiful concept that someone’s passion or favorite hobby could be simply perching themselves on the cold ground and strumming along to fill the air as strangers pass by. 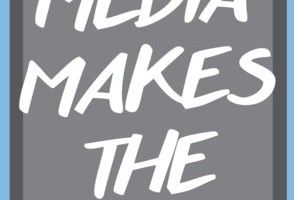 Graphic by Nate BartonJust 20 years ago, if someone were looking to find latest news updates, they would have picked up a newspaper...
Copyright 2013 Jupiter Premium Magazine Theme
Back to top