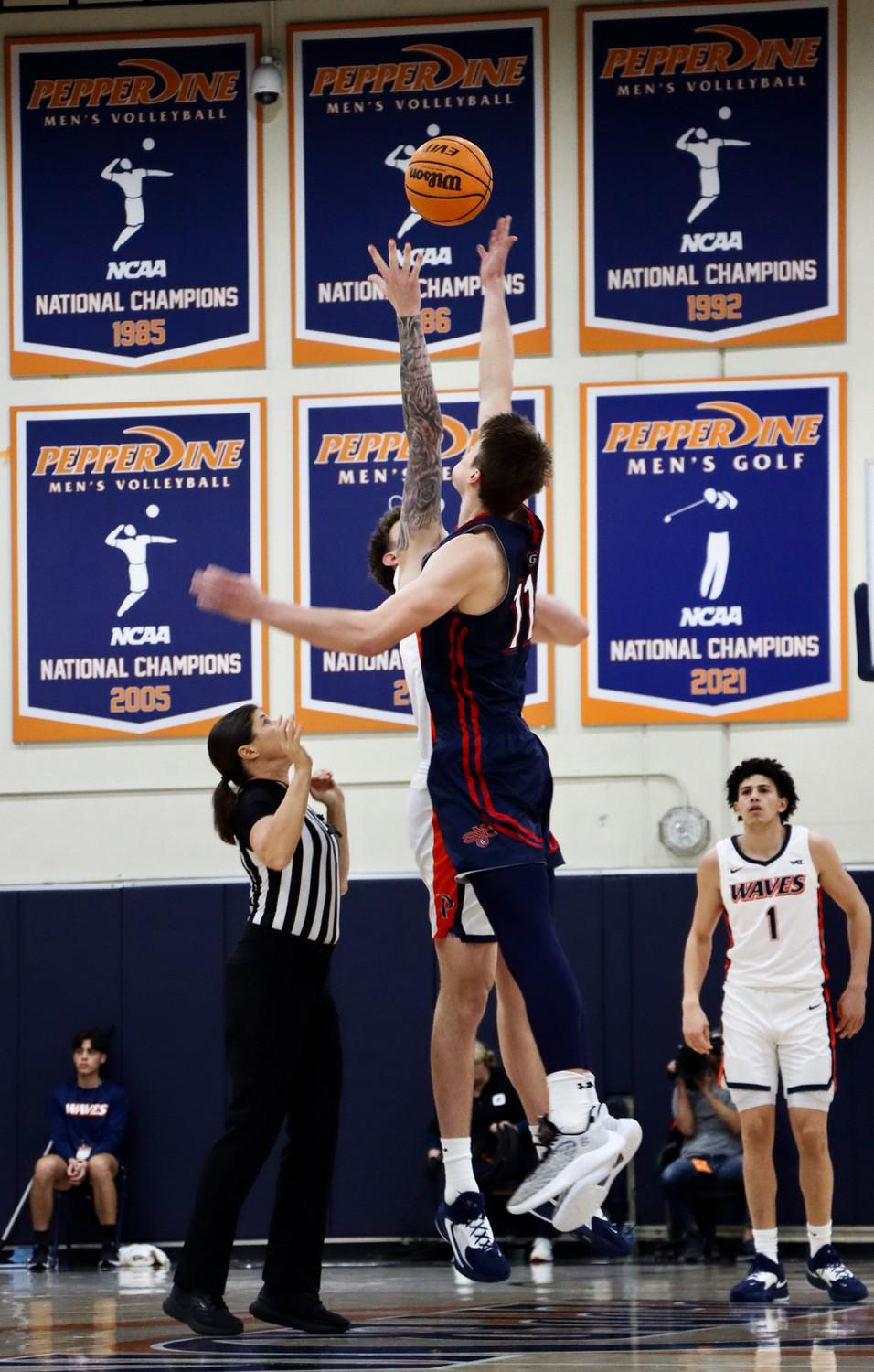 In the second half, the Waves had trouble scoring — as they shot 26% from the floor. The Gaels continued their onslaught and increased the lead to as much as 31. Though the Waves forced the Gaels into 14 turnovers in the game, the main difference was the outside shooting. The Gaels shot 37.9% from 3-point range, while the Waves only made three 3-pointers all game. The Gaels won the game 73-44.

While the Gaels had three players in double-digits, the Waves only had one in comparison. The Gaels were able to hold sophomore forward Maxwell Lewis to five points on the night. This was significant considering the fact that Lewis is averaging 18.9 points per game, according to ESPN.

Next up for the Waves is a matchup against San Diego on Jan. 26, at Firestone Fieldhouse. 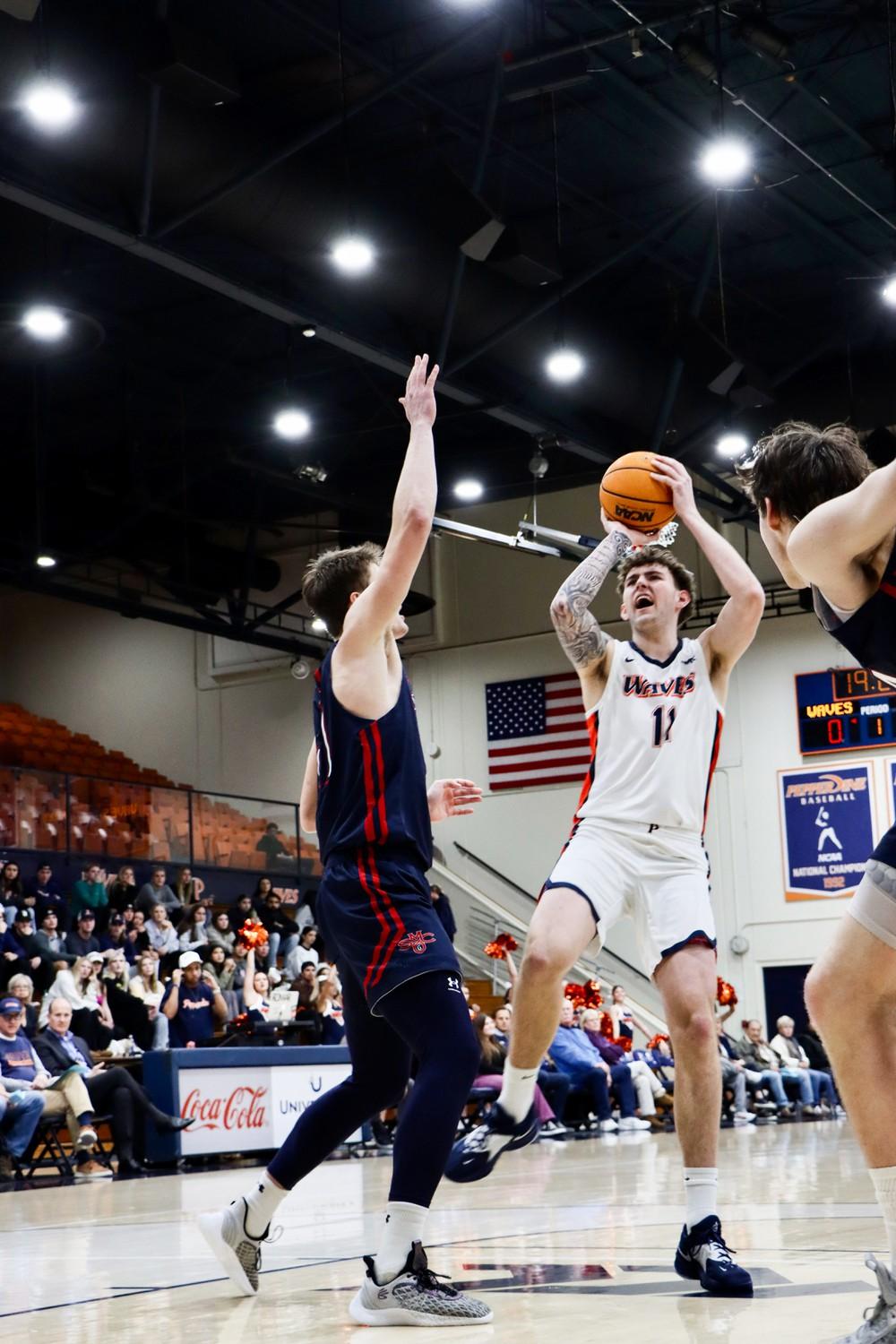 Sophomore center Carson Basham (No.11) shoots a jumper versus Saint Mary’s on Jan. 19, at Firestone Fieldhouse. The Waves went to Basham early in the game, and Basham finished with six points.