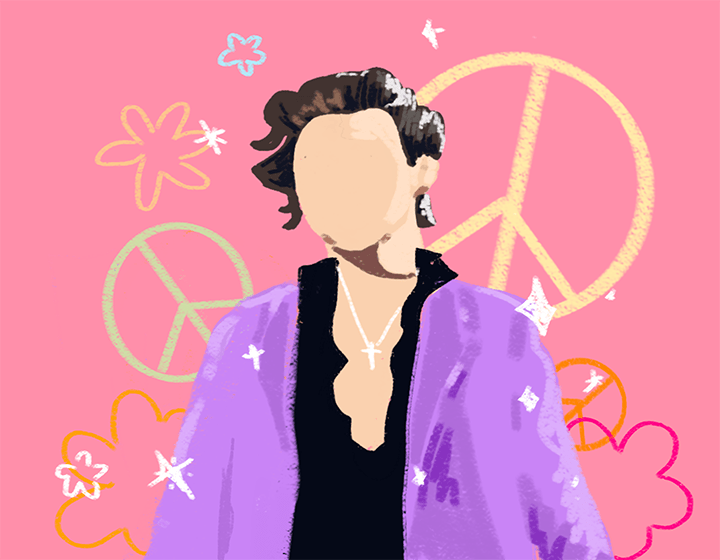 Singer-songwriter Harry Edward Styles entered the music scene — and our hearts — over 10 years ago. He sang lyrics young girls wanted to hear such as “You are perfect to me” from “Little Things” with the biggest boy band in the world, One Direction.

Yet, in his music career, no one has done as much for music as Styles has. From mixing genres to breaking gender norms — it could not be more clear that Styles is the greatest artist of all time.

With their first full-length album, “Up All Night,” One Direction became the first UK musical group to debut at No. 1 on the U.S. Billboard 200 album chart with three number ones after. And their success only skyrocketed.

When the group took an extended hiatus in 2015, Directioners — One Direction fans — around the globe knew it wouldn’t be the last we would see of them — especially unintentional front-man, Harry Styles.

Styles released his self-titled first album in 2017 and began touring the world while breaking every boundary. He broke gender norms by expressing himself through fashion choices such as dresses and pearls.

Styles broke the pop bubble he started in, by releasing his first single, “Sign of the Times” — an alternative rock song with influences ranging from Pink Floyd to Bowie. He also wrote the indie-folk song “Two Ghosts,” which he plays on acoustic guitar at every show.

His 2019 sophomore album, “Fine Line,” also has multiple genres, such as the funky, 70s-inspired “Treat People With Kindness,” and the bright indie song “Golden” — my personal favorite and which he wrote specifically about Malibu. It is clear that, in the 2021 scene, no one is making music like Harry.

Styles is an evolving artist who practices the kindness he preaches — for example, tipping a waitress $2,020 on New Year’s Day.

Hearing Styles sing, “Just let me adore you” through my AirPods sounds like home. His voice has been constant, ringing true in my life for over 10 years — and I believe “Harries” around the world are the most passionate and loyal fans. These are the ones who have followed his career since the X-Factor.

Why? Because he finds a way to be personal. Styles does this by sending emails to fans telling them “They are golden” on an average Tuesday, and inside jokes that we’ve had for years — “This is a family show! Or is it?”

But, the most important way he makes his music personal in his own way is the vulnerable lyrics with light instrumentals. He feels comfortable showing fans those pieces of his heart, and this makes me happy.

Harry Styles means something different to every fan. When someone disregards him due to the “boy band” stigma, it shows they haven’t given his music a chance at all. Keep up with the sign of the times.

No artist is doing it like Harry Styles, or his entire fanbase, focusing on love, friendship and kindness. Once a Directioner — a Harrie for life.