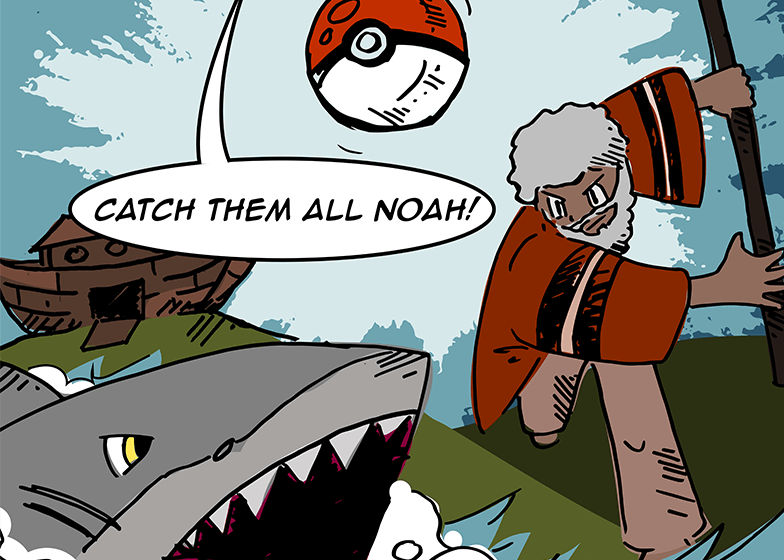 When people think about the story of Noah’s Ark — which is from the book of Genesis — many Christians see it as historically accurate.

There are other writings and stories throughout history that recount similar events of a “worldwide flood.” “The Epic of Gilgamesh” is one example of how the flood story is used outside the Bible — this is also a book that almost every Pepperdine student has read if they’ve taken HUM 111.

Debates aside about whether the story of Noah’s Ark is historically accurate, Christians fail to recognize the real mystery — the animals!

No, it’s not about whether unicorns were on the boat. It’s about the FISH!

Did Noah take two of every fish on the Ark?

I mean, there are around 33,600 species of fish we know about in the world and the book of Genesis states, “Thus did Noah; according to all that God commanded him.”

So, even if we are generous and call every fish an “unclean animal” and he only had to grab two of each, one male and one female, Did Noah actually do this, and if so, how?

If you say he didn’t, then he didn’t follow all of God’s rules.

Some might say it’s unnecessary for him to take aquatic animals on the Ark, but it’s not like every fish would survive a flood because freshwater species of fish can’t survive in saltwater environments.

That means, if you do think Noah followed all of God’s rules, then he did bring fish on the Ark, which leads to our next question — how?

Did he make mini aquariums and capture the fish out from their natural environments? Also, what about larger aquatic animals, like squid? Did I mention they can grow to about 20 meters long? That’s basically two maximum length school buses.

What about our more aggressive aquatic friends such as sharks and killer whales? It’s not like Noah threw a Pokeball and captured them with ease like a video game. So, how did he do it since he followed ALL of God’s commands?

Maybe the debate should switch from if the story of Noah’s Ark is true or not to how did he even do it — because let’s be honest, Tiger King Noah seems a lot more interesting than him just building a boat.

So, next time you’re reading Genesis in your religion class or chatting with your priest or pastor, ask them, “Was there a shark on the Ark?”

Because the story of Noah is more “fishy” than we may realize.