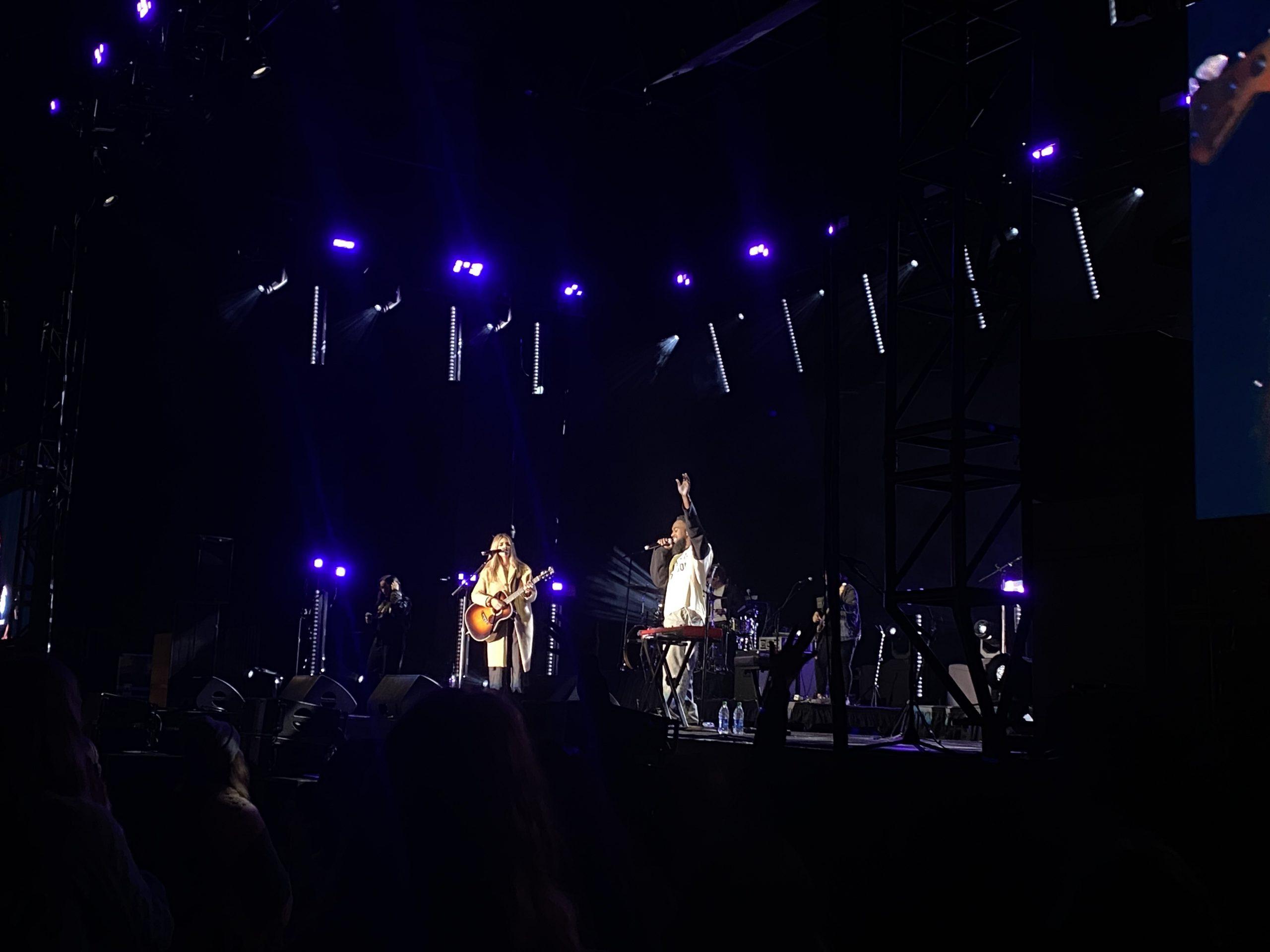 Dante Bowe and Brooke Ligertwood perform “What a Beautiful Name” together on stage at Alumni Park on Thursday, Nov. 18. Students sang along as the night ended. Photo by Lydia duPerier

The Pepperdine community lifted their voices in praise at the Worship Summit Thursday, Nov. 18. Students said they enjoyed a night full of free food, entertainment and an opportunity to worship God together.

The event featured musical performances by Dante Bowe of Bethel Music and Maverick City Music, as well as Brooke Ligertwood of Hillsong United. The evening included a message from author and international speaker Christine Caine.

President Jim Gash said The goal of the Worship Summit’s was to bring attendees together for a night of encouragement and unity. Bowe said he was excited to make this goal come to life.

“I hope people just feel good, feel hopeful and feel there’s more, and that they leave feeling encouraged to go out and be happy,” Bowe said. 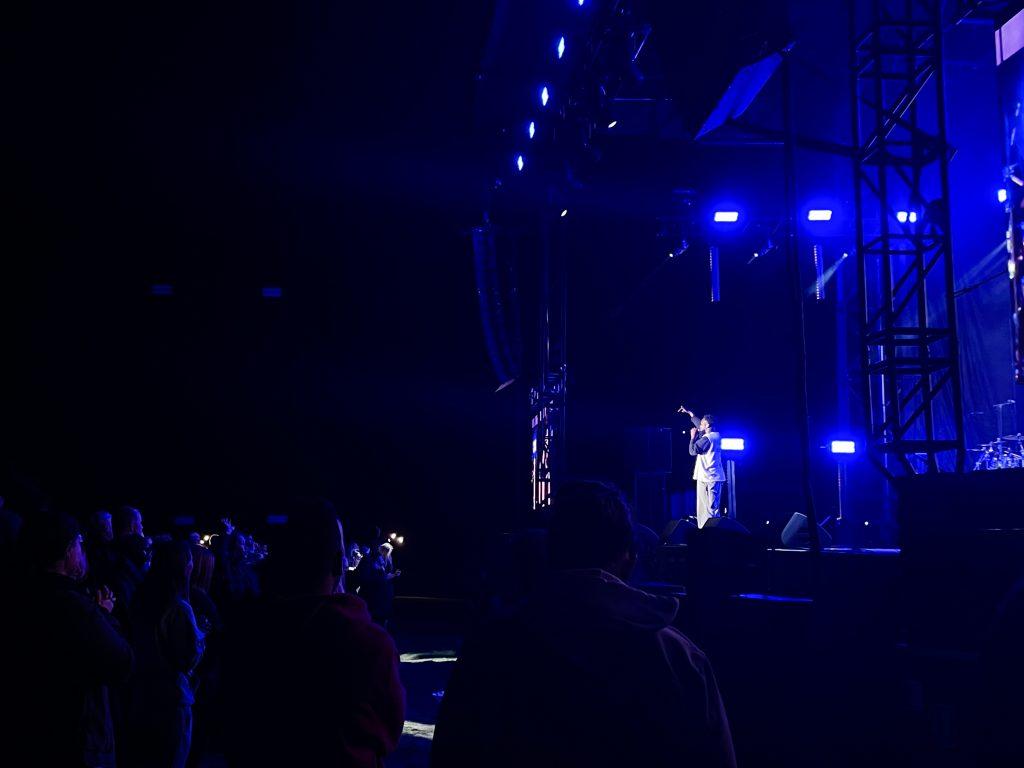 Bowe leads the crowd with upbeat worship songs. Students danced below the stage to his music. Photo by Ryan Brinkman

Bowe and Ligertwood are both well-known worship musicians. In spring 2021, Bowe released his studio album “Circles” that features hit song “Joyful,” which ranked No. 3 on the Hot Gospel Songs chart and No. 14 on the Hot Christian Songs chart. Ligertwood also has a background with awards; in 2018 she won a GRAMMY for Best Contemporary Christian Music Performance/Song Award for song “What a Beautiful Name.”

Before taking the stage, Bowe said he was excited to lead worship for college students because he always felt called to minister and perform to young people.

“I kind of just left that season of my life,” Bowe said. “So I feel really drawn and connected to them [college students] personally, because we have a lot of similarities.”

Applause welcomed Bowe as he took the stage — he was the first performer of the night. He led the crowd in popular songs like “Jireh” and “Champion.”

First-year Brent Long said he had been looking forward to the event all week and couldn’t wait to worship with his friends.

“Worship music helps me find peace,” Long said. “I think coming into Thanksgiving and the crunch before we go home, this is a really good way for me to rest.”

Other students said the night provided a much needed break from the busyness of life to reconnect with God.

“Being at Pepperdine just like opened my eyes, I think from a Christian standpoint,” first-year Jonah Wong said. “I just feel a lot more connected to God and Christianity and so I’m excited to be here tonight.”

After the performance from Bowe, Caine took the stage to speak about what it means to have “amazing faith.” She discussed the difference between just having a religious experience with God versus allowing Him to use one’s life to impact the world.

Caine is the co-founder of the nonprofit anti-human trafficking organization, The A21 Campaign and Propel Women, which is an organization that empowers women for a life of leadership and guides them to live life with a God-given purpose.

“I hope students find the sense that God can use them to make a difference in their generation,” Caine said.

Junior Carisa Chidley said hearing Caine speak was the highlight of her night. Before the event, she said she wasn’t aware there was a speaker, but Caine’s message was the best Childey said she has ever heard.

“I feel so filled with joy and love, and the Spirit of God and I just really loved the message,” Chidley said.

Before closing the evening in worship, Ligertwood prayed the night would be a moment of healing and peace for the university.

Attendees lifted their hands and voices to hit songs like “Hosanna” and “What a Beautiful Name.” Chidley said it was “indescribable” to hear Ligertwood sing the songs she has grown up listening to in church. Ligertwood said her message to the students was, “look for the Lord and expect to find him.”

The night of praise and worship ended with a closing remark from Gash thanking the attendees, artists and hosts. Gash and others who coordinated the event said they hoped the night would be an unforgettable night of community. Students said the event did just that and they left the Worship Summit feeling revived and loved.

“The energy being here with my friends and fellow students and hearing everyone singing out together, it was even better than I expected,” Chidley said.