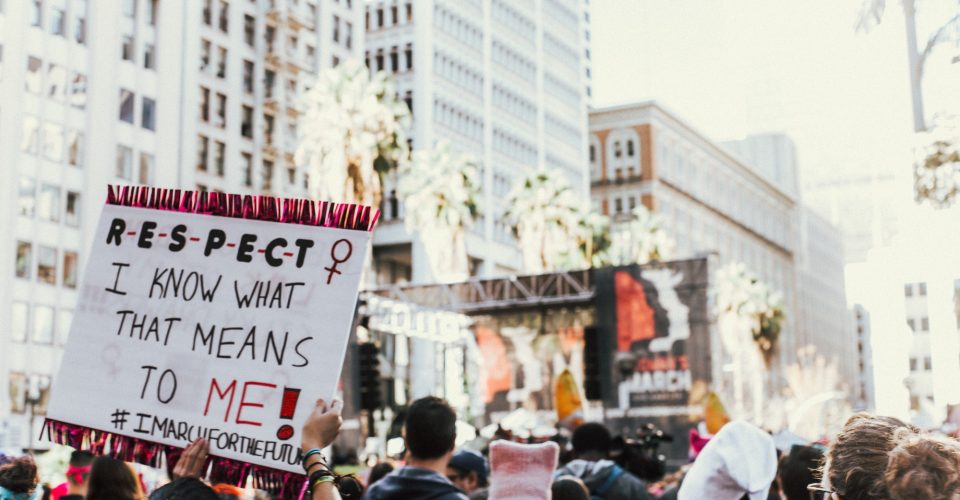 A sea of people dotted with pink hats, painted poster boards and T-shirts bearing quotes on female empowerment surfed the streets of Los Angeles in the 2019 Women’s March. Pepperdine Waves joined the crowd and added their voices to the movement.

“A woman’s success is not just her own … it’s humanity’s success,” junior Aurora Authement said. “It’s not women versus men, or a single person that is being advanced, but allowing the opportunity for every single person to have the same advantages and chances.”

The first Women’s March took place at the National Mall in Washington, D.C., on Jan. 21, 2017 in response to President Donald Trump’s inauguration. That same year, “sister marches” took place around the country, including Los Angeles, where 1.5 million people marched from Pershing Square to City Hall. This year’s theme, “Truth to Power,” worked to empower women and others to hold elected officials accountable for their impact on the nation.

Pepperdine students, including Authement, said they chose to march for many different reasons.

“For me, this is is an opportunity to raise awareness in a healthy manner about situations that have been a part of our nation and our global society for a long time,” Authement said. “For someone like me, equal pay is important. [My mom] was a part of that huge movement where they were fighting for the huge increase in equal pay. It was half of what a man made, [whereas] now it’s like 80 to 90 percent [of a man’s wages]. That’s really important to me [and] that’s the reason I’m going: to get that gender pay gap closed and to begin to raise awareness.”

Authement, the philanthropy chair for sorority Delta Delta Delta, said she chose to host the event going to the Women’s March because it was a form of community involvement the entire chapter could participate in.

Junior Mackenzie Mazen organized a group under the Pepperdine Volunteer Center. Mazen said she wanted to give students who might not have the opportunity to attend a chance to go.

“It was kind of a spur-of-the-moment thing,” Mazen said. “I just thought about how freshman year, I wished that I had a group of people to go with. I didn’t have a car at the time. So I was thinking back on how I wish I could have done that. Now we have the resources and now I have the ability to make this happen for people who don’t necessarily have a car or don’t have a group of people to go with.”

Mazen said she marched to show solidarity for other women in America who face mistreatment, especially women of color, and to speak up against sexual assault.

“Recently we’ve discovered how prevalent [sexual assault] is, but I think still people choose to ignore it and don’t realize how big of an issue it is,” Mazen said. “Or people only choose to get involved when it’s someone familiar to them. That shouldn’t be it. It should be because women are people and don’t deserve to be violated, not because ‘Someone I know was violated.'”

Freshman Carson Vandermade said he chose to attend because he believes in equality of the sexes and supports women.

“Women [should] be treated the same way that men are in all aspects of how that can be interpreted,” Vandermade said.

Others, like freshman Spencer Lindquist, went to the march to hear more from the participants. Lindquist co-runs a YouTube channel called The Pendulum in which he interviews participants at various marches, rallies and other events.

“We ask people why they’re at a certain event, even for something like the Women’s March where there’s a central focus,” Lindquist said. “People have different priorities, so we like to see what those priorities are. We also ask them about their signs and then we just go from there. Each interview is different [which] makes it interesting.”

The Women’s March Los Angeles is an “inclusive, non-partisan march, and everyone who supports women’s rights is welcome. At our core we stand for diversity and inclusion,” according to their website.

Mazen, Authement and Vandermade said they agreed with the march’s statement and did not feel as though it was designed to be “anti-men,” or affiliated with a particular political party.

Lindquist said, in his experience, having attended the San Jose Women’s March last year and the LA march this year, it is more of a partisan rally.

“The Women’s March is promoted as something that’s pro-women, that it’s a feminist movement, but from my experience, it isn’t about being pro-women or protecting femininity,” Lindquist said. “I think it’s more [of an] anti-Trump march, [and] it’s against the modern American right. They’re largely unified by what they’re against rather than what they’re for. I don’t think it’s overall beneficial to women in the United States.”

The march started at Pershing Square with a rally where speakers shared their thoughts on why they march or encouraged participants to use their voices to be heard in other ways. Musicians, like MILCK and Raja Kumari, performed songs about female empowerment as well. The march ran from the square to City Hall as marchers held signs and chanted slogans like “my body, my choice.”

Freshman Lauren Miles said her favorite sign was a slogan she had never heard before: “I am not free while any woman is unfree, even when her shackles are very different from my own.”

“I just like that because I feel like it is easy to say, ‘You’re living a good life here. You live in the right country to be a woman,’ but there’s always something we can do,” Miles said. “There’s always little things. Everyone’s experience is different and we all need to look out for each other in order for anything to get done.”

Mazen said the best part for her was the environment and the people at the march.

“You could talk to anyone there and they would just strike up conversation and talk to you,” Mazen said. “It was just like, ‘We’re all here together, let’s all talk about what’s going on, let’s all discuss what we’ve been through, let’s just stand up together.'”

The LA march was Miles’ third Women’s March, having previously attended marches in both New York and Arkansas. Miles said she’s always had a positive experience at the marches she attended.

“I think it’s a fun time to spend time with others who have similar ideas [and] who all want the same thing,” Miles said. “I always think it’s a really fun time to learn about new ideas [and] new issues that people are concerned with that I may not have ever heard of or thought about.”

Each student interviewed said they would encourage their peers to go to the march and check it out for themselves.

“It’s just a fun event,” Miles said. “You don’t have to think of it as this super dramatic or stressful thing. You don’t have to be that involved in politics to go. If you’re not that political or if you don’t have that strong of opinions, you can totally just go to just have a good time and learn and experience new things.”

Lindquist said more conservative or centrist leaning students should research the Women’s March and their leadership, as there may be discrepancies in their motives and the mission statement.

“If there was someone who was on the American political left, I would urge them to bring an original idea or concept, not just some bumper sticker slogan,” Lindquist said. “Have an issue that you think is pressing, that you want to write down, that you want to bring notice to, because having another sign that says ‘the future is female’ isn’t going to accomplish anything. No one really knows what it means.”

Vandermade said his experience was positive regardless of his gender because what was important was that people there were united for a cause.

“Overall, it’s a good time and an experience that’s worth going to, no matter what you think about,” Vandermade said. “You’re experiencing part of a culture and you live near LA – a cultural capital of the world. Go to things.” 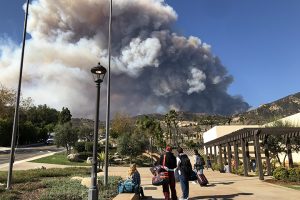