The key to landing the job of your dreams now comes at more of a cost than just a college degree.

Financially strapped college students not only have to pay the price of tuition, but future employers also expect them to endure the costs of unpaid internships for their resumes.

College students who participated in multiple internships during their undergraduate education have a much higher chance at securing a job within six months of graduation, according to The Center of Career Development and Talent Acquisition.

Despite this, Amy Adams, executive director of the Career Center, said both Pepperdine students and the Career Center are making adjustments and increasing their involvement to make access to these unpaid, but necessary, internships more practical.

“Students are always making decisions about what they are going to spend time doing and obviously your life situation circumstance is a big factor that plays into that,” Adams said.

Prevalence of student internships at Pepperdine

A large majority of Pepperdine students are involved in two-to-three internships throughout their undergraduate experience in an attempt to keep up with the tough competition of today’s job market, Adams said.

“Between 75 to 80 percent of students will do one or more internships while they are at Pepperdine, so it is a big part of Pepperdine’s culture,” Adams said.

In addition to the necessity of these opportunities to create impressive resumes, Adams said the university advocates for student internships because of the invaluable real-world experiences that they teach.

“Internships really open the door into the world or work and life outside of Pepperdine,” Adams said. “It gives you the chance for different career options and pathways, to build your professional connections in that context and learn the business.”

Although the prevalence and increasing popularity of internships for Pepperdine students and for college students everywhere is clear, it is not always the most practical option for students who depend on earning money to pay for their university lifestyles, said junior Amanda Fricker.

Fricker said acquiring an internship is difficult because she depends on her extra time in the summer to work and make the money she needs for the school year.

“A lot of the internships I found are unpaid, so having the internship will take away a lot of hours that I could be getting, which just makes it hard financially,” Fricker said.

More than 70 percent of students need to work in college to lighten the burden of debt, according to a Oct. 2015 article by CNBC on a Georgetown University study. Some Pepperdine students are facing the same problem of choosing between funds and experiences essential to their future.

“A lot of people I know did jobs over internships because they needed the money, so it really depends on the student’s situation,” Lauren Hankins, a 2018 alumna, said.

How Pepperdine students are overcoming the struggle

There are some students at Pepperdine that have found a way around having to sacrifice earning the funds they need to avoid college debt in exchange for resume-building experiences. These students choose to juggle both.

Sophomore Madison Nichols said she worked part-time at a retail store while also participating in an unpaid internship for the fashion company Michael Kors because she still needed to make money for school while interning.

Balancing both a job and an internship taught Nichols job skills that will stick with her in the future, Nichols said.

“Being able to find a balance teaches you a lot more about yourself and how you can go about the rest of your life because you have to prioritize things,” Nichols said. “That’s how I was able to work with different departments because they got to know my skill set and realized that I wasn’t just interested and knowledgeable about one aspect.”

Adams said the students who are most successful in their careers after graduation are typically those who committed to both jobs and internships.

How the Career Center is helping

Since working a part-time job while having an internship can be overwhelming for busy college students, Adams said there are many jobs Pepperdine students can find that either aid with their internship skills, or that they can incorporate into their daily lives to save time.

“Maybe you are a notetaker in class … maybe you are an RA so you get your room and board covered,” Adams said. “So you are working, you’re earning but you are doing something you would be doing anyway.”

In order to allow every Pepperdine student to have equal internship opportunities, the Career Center and the Dean’s Office offer scholarships that make these invaluable experiences possible and practical for students in all different situations.

“Because we provide internship scholarships for students that cover mileage and travel for students who are interning and have longer commutes, we don’t hear very often that students aren’t interning because of the financial implication,” Adams said. 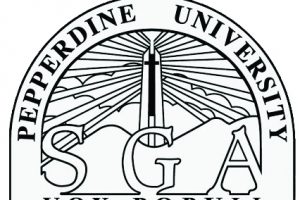