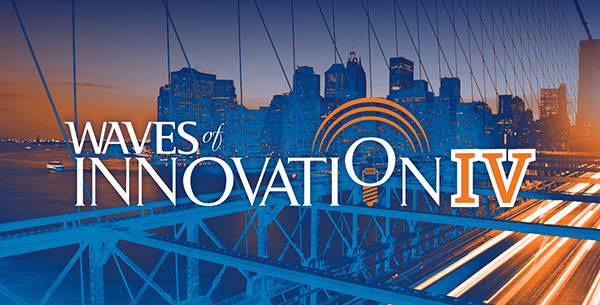 Move over “Shark Tank,” Waves of Innovation is taking the stage.

Pepperdine will host the fourth Waves of Innovation talk featuring the six finalists and their ideas Monday, March 18. Each finalist will give a presentation on their idea and why they believe they should be awarded a grant from Pepperdine, which can range from $5,000 to $15,000.

Waves of Innovation started as President Benton’s initiative in 2013 to “inspire, engage and motivate faculty, staff and students to rethink Pepperdine and help shape its future,” according to the Pepperdine website.

“I felt like the university was a little bit in a creativity lull,” Benton said in a previous interview. “And so it just came to me one day. I’d never heard of any other university doing this, that we might create a competition.”

Benton said he wanted to challenge students and faculty to come up with ideas that would “streamline” the university’s operations and save money.

This year is Benton’s final year as president, meaning this will also be his last Waves of Innovation event.

“It’s something really great because it involves everybody at Pepperdine: the students, the faculty, the employees and alumni,” Hazak said. “Many people have ideas but they never materialize, but this way we can give an award grant to the students or employees – whoever came up with the idea – to make their dreams actually come true and make Pepperdine University viable and bring innovative ideas to life.”

This year’s finalist are:

Past ideas that have been funded through Waves of Innovation include the Genesis Lab in Payson Library, the Financial Literacy Initiative, the Pepperdine Studio Art Hwy 1 Mobile Gallery (PSA1) and the Pepperdine Center for Women in Leadership.

As for the event itself, each finalist is given the opportunity to present their idea in a similar fashion to a TED talk, Hazak said. Finalists create some form of a visual presentation like video or PowerPoint and then the Waves of Innovation Committee and President Benton decide how much money the project will receive, Hazak said.

“It’s hard to say no because everybody comes with a lot of enthusiasm,” Benton said. “I look for the ability for the project to carry on. It’s very important to me that it looks like it’s going to have legs and that it will continue to operate … I’m going to really be interested in new and different thinking and in new and different attributes that we can add to the freshness at Pepperdine.”

There’s also an Audience Choice award, Hazak said, where audience members can vote on which project they would like to see funded and the project that receives the most votes will get an extra $1,500 dollars.

Hazak said this year’s event will be special because it is Benton’s final year as president. As for future years, both Benton and Hazak hope to see Waves of Innovation continue under President-elect Jim Gash.

Benton, who was interviewed before the announcement that Gash would be his successor, said while he hoped the event would continue, it will be up to the next president.

“I hope the next president likes taking calculated risks and opening up administrative decisions like this to the campus community,” Benton said. “But I mean, they’re gonna have their own emphasis and I’m going to support them, whatever they decide to do.”

Hazak said she hopes Gash will continue Waves of Innovation because of its success and that it is a part of Benton’s legacy.

“We don’t know [Gash’s] project yet, but since it [Waves of Innovation] has been so successful in the past years, I’m sure he would like to continue this,” Hazak said.

Waves of Innovation IV talk will take place Monday, March 18 at 5 p.m. in Smothers Theatre It is a free event, open to the public with beverages and desserts served after, and the PSA1 mobile art gallery will be on display outside of the theater.

Hazak said she would encourage people to go- as it is a great event to go to.

“If you want to learn how, in real business, you can get your business idea to come to life, you can come to this event and learn so much,” Hazak said.