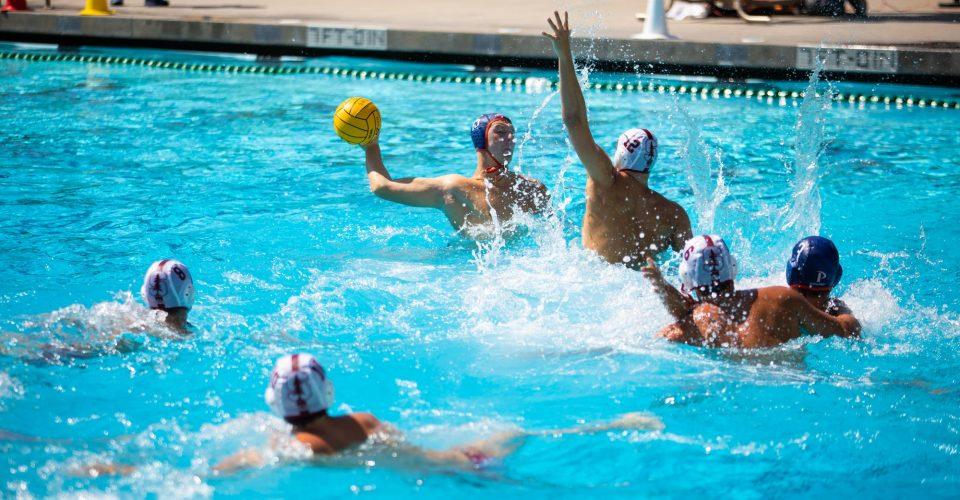 Pepperdine clashes with Stanford on Saturday, Sept. 18. The Waves are currently 7-7. Photo by Ryan Brinkman

Stanford (12-2) has always been a tough opponent for the Waves, as Pepperdine earned its last win in 2002. Historically speaking, Princeton (12-2) is a rare opponent, but has gotten off to a strong start to their season.

“It’s a tough task,” Head Coach Terry Schroeder said. “We had a very physical and tough game against Stanford, obviously, and the guys were a little emotionally spent and came out a little bit flat.”

The matchup against Stanford started strong, with senior attacker Sean Ferrari getting on the board in the 6:22 mark, assisted by senior attacker Balazs Kosa. Stanford quickly responded with a goal that barely contacted the net, but counted, nonetheless, along with two other goals, finishing the quarter with a 3-1 lead.

In the second quarter, the Waves boosted their offense by scoring two goals. Sophomore attacker Christian Hosea cut through the left side and scored, assisted by junior utility Kaden Kaneko. Kosa closed out the quarter with an important goal, keeping Stanford at bay and ending the first half with a score of 5-3.

Nevertheless, Stanford went on a critical 3-0 run in the third quarter, and Pepperdine could not recover from the onslaught.

“We got a little bit lazy on a few passes and turned the ball over two or three times and against a good team you just can’t do that,” Schroeder said. “You got the ball, and you can’t give up easy goals like that. That cost us the game.”

The Waves were a bit too aggressive on the defensive end, committing a total of sixteen fouls by the end of the game.

The Waves offense picked up some steam in the fourth quarter, registering a total of five goals. Sophomore attacker Jake Howerton, sophomore center defender Nico Tierney and Kosa all scored within the last five minutes of the game, but it was too little too late.

“At the end of the day, our shots weren’t falling,” Ferrari said. “It happens, but I think too many times we got into a rhythm where one person was looking to shoot and then they shot instead of moving the ball around as a team, setting other teammates up.” 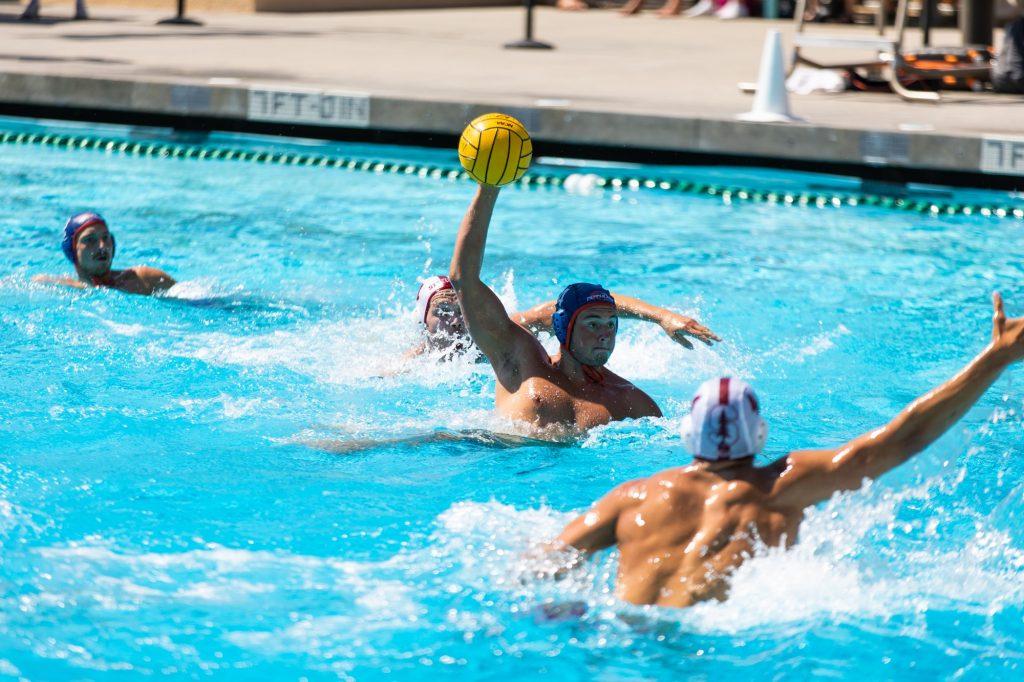 The Waves had a chance to capitalize on a furious comeback, scoring a total of three goals within the span of four minutes, but Stanford already gained a wide separation and ran out the clock to end the game.

“We’re in that game,” Ferrari said. “We just need to control the ball on the perimeter. Those goals were easy counter goals that, you know, any good team will capitalize on especially a team as good as Stanford.”

Hours later, the Waves were back at it again, looking for a chance to redeem themselves versus Princeton. Pepperdine came out firing in the first half, netting a total of five goals, with Hosea contributing to two of them.

Pepperdine found some success on two power plays in the first quarter. At the 4:20 mark, Kosa squeezed in a goal, assisted by Ferrari. Junior utility Zach Arthur found an opening and scored, assisted by freshman attacker Clay Kaneko.

The crucial period of the match proved to be the second quarter, when Princeton turned on the jets and scored seven total goals, effectively ending the half with a score of 10-5.

“We’re kind of in a loop right now,” sophomore center Travis Reynolds said. “We’re a lot better team obviously but it sometimes takes a little bit for us to get into the game and usually play down to opponents instead of playing above them.”

Pepperdine found themselves in a similar situation to the Stanford game in the second half, and once again, the Waves struggled to gain any offensive consistency and could not dig themselves out of that hole.

Freshman attacker Kyle Thomas sparked a quick offensive burst, assisted by Howerton at the 7:00 mark. The third quarter ended with a score of 11-7. 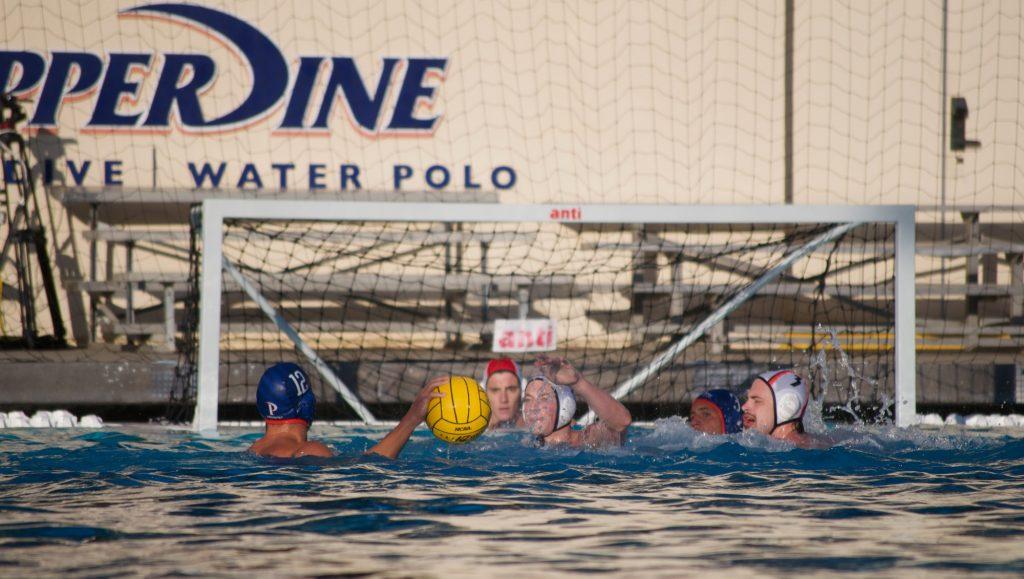 The Waves fell short during the fourth quarter and had various transition opportunities, but could not exploit their chances. Pepperdine’s offense could not find their rhythm, as they shot for a total of nine out of 31 shots for the game.

“We need to come together as a team,” said Reynolds. “We have all the things; we just need to act on it.”

Despite the losses, Ferrari reached 100 goals, making him the 44th Wave to accomplish such an achievement.

“It was all thanks to my teammates and the hard work put into the four years,” Ferrari said. “But 43 other people have done that at Pepperdine so I gotta keep working hard, getting better, at the end of the day I just care about helping my team win.”

Additionally, Kosa scored his 200th goal during the game, making him the 12th Pepperdine player to reach this milestone.

For the momentous shot, the Waves moved the ball around the perimeter, and Princeton deflected the ball on an attempted steal and ricocheted back to Kosa, who quickly reacted and scored.

The Waves had another opportunity the next week during the MPSF Invitational, where players said they hoped to find their stride for this season. For players like Ferrari, this invitational was critical, and could change the flow of the season.

“That was kind of the turning point for our season my sophomore year, when our mindset changed and we really made a strong comeback throughout the rest of the season,” said Ferrari. “I’m looking forward to be able to play some good teams and see again if we can shift our focus and start playing our best water polo.”

The Waves ended the MPSF Invitational 2-2. Pepperdine lost Friday, Sept. 24, against Pacific 20-15 and split Saturday — winning the match against Pomona-Pitzer 13-8 and falling to San Jose State 10-9. The team ended on a high, beating UC Irvine 18-10 on Sunday, Sept. 26. 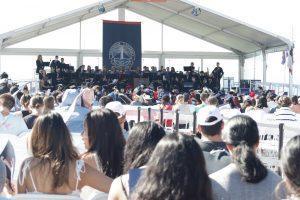