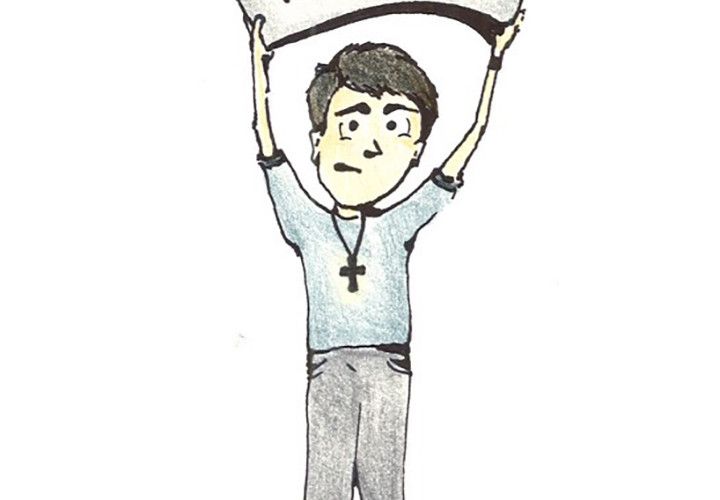 Christianity has hit a rut. According to a 2015 study by the Pew Research Center, the number of Americans who identify as Christian has dropped considerably over the past seven years, more than any other religious group. In contrast, the largest gain was seen in those who don’t identify with any religion at all. So what happened to change a nation “under God” into one that answers to no one? I think the answer lies within the Christian population itself.

Those of us raised in religious circles may be familiar with the song “They Will Know We Are Christians By Our Love.” It’s based upon John 13:35, which reads in the NIV, “By this everyone will know that you are my disciples, if you love one another.”

The tragedy of this message is in our present reality — they know we are Christians by our hate. We hate gay people. We hate Planned Parenthood. We hate feminists. About the only thing we’re known to love these days is the Second Amendment. Our religion has become deeply politicized, warped to appear to the public as some monolithic institution, existing merely to remind society of its moral depravity.

Many Christians have responded to this conflict by pulling away. Parents take their children out of public school; secular television and music are censored in favor of strictly religious alternatives; small suburban communities cluster together like little Christian cults. One could argue that’s exactly what Pepperdine is: a cookie-cutter white-bread world of universalized beliefs, a literal city on a hill. It’s scary to think critically about how we’ve sequestered ourselves, because it’s all too easy to fall into that trap of feeling comfortable, of being surrounded by simple problems like listening to Top 40 instead of Hillsong. We have it good here at Pepperdine because we don’t have to face the reality of what our generation thinks of Christians if we don’t want to.

The reality is that this generation is jumping from a ship they only see as sinking. We’re losing numbers because we’re losing our direction.

I know I’m guilty of being a “safe” Christian; most Christians are. Which doesn’t jive at all with Jesus’ message in John, or really, his message in the whole New Testament. Jesus was anything but safe, and we like to conveniently ignore that some of his closest friends were prostitutes, taxpayers, and lepers. Jesus was a friend of the forgotten, a fact many ironically forget.

I’m reminded of the four letters I used to wear on my wrist in a bracelet I made at my Christian summer camp — WWJD. We slap the phrase in stickers on our laptops or our Camelbaks like we’re part of some hip idea, some cool earth-shattering cause. WWJD: What would Jesus do?

Christians today certainly don’t know, because he is where we are not: dodging tear gas in Ferguson as he calls for the justice of his people, fighting for the voices of women whose rapes have been silenced by those in power, holding the hands of those stricken with Ebola in the darkest corners of his world, feeding the immigrants who have sacrificed everything to find hope in a new country, loving those in the church’s most forsaken community, the LGBT.

We’re in a rut because we are failing. What would Jesus do? Everything we are not. He is turning over the tables in our temples and we are trying desperately to set them back up and wipe them down with a Clorox wipe before anyone sees the handprints.

In his book, “The Irresistable Revolution,” Christian author and activist Shane Claiborne said, “We have not shown the world another way of doing life. Christians pretty much live like everybody else, they just sprinkle a little Jesus in along the way.” It’s a reality that is all too true, and one we have to change. The Christian community’s greatest commandment is love, yet we drop the part that tells us to love our enemy in favor of loving our neighbor — provided that neighbor is a Christian.

In the viral spoken word piece, “Why I Hate Religion, But Love Jesus,” artist Jefferson Bethke illuminates this disconnect in two succinct lyrics: “If grace is water, then the church should be an ocean / ‘cause its not a museum for good people, it’s a hospital for the broken.”

How will they know we are Christians? Hopefully, by our love. By our presence in the places we are most scared to go. By our brokenness, by our flaws in the face of perfection, by our hearts not just beating for us, but for everyone else, too.

I don’t know about you, but I’m sick of museums, so please, take me to a hospital. 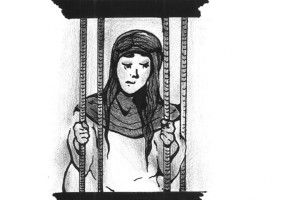 There are rare moments in life when we are shaken back into realizing how valuable everything we have is and how much we forget...
Copyright 2013 Jupiter Premium Magazine Theme
Back to top