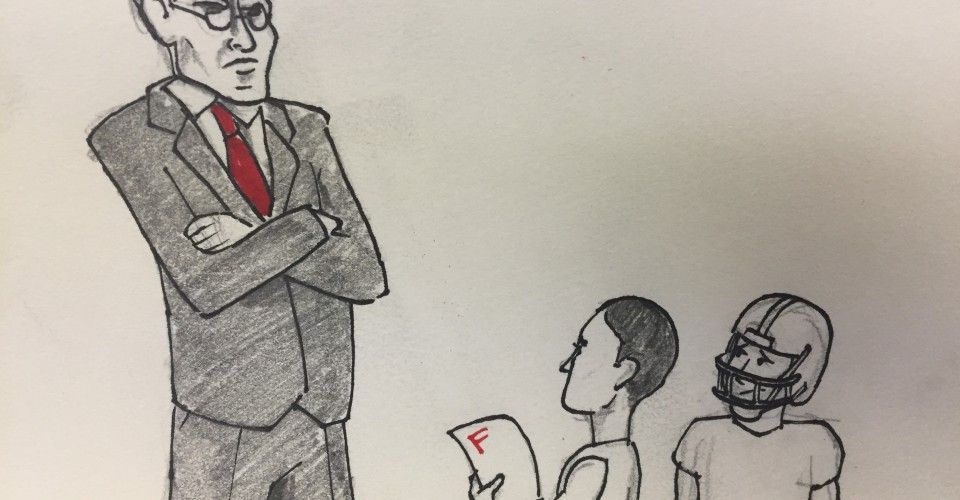 North Carolina. Syracuse. Georgia. What do these universities all have in common, besides historically dominant athletics programs? Academic fraud charges. Over the past few years, academic fraud has become a major issue in the NCAA. Academic fraud occurs when coaches, professors or other faculty members try to cheat their way around the NCAA’s academic rules for student-athletes. And it’s become a significant problem at major universities around the U.S.

According to Brad Wolverton from The Chronicle of Higher Education, in his article, the NCAA has told him they are investigating 20 different universities, 18 of them Division I, for academic fraud, although they declined to name which specific schools were being checked.

One man who has chosen to speak up about the dangers of academic fraud is Michael Adams, the current chancellor here at Pepperdine. Adams was formerly the president of the University of Georgia, who had their very own academic fraud scandal involving their swimming coach, Jack Bauerle. The UGA coach, according to Sports Illustrated, helped get a student enrolled in a class against the athletic administrators’ orders. Adams, in an interview with Wolverton from The Chronicle , stated he is absolutely against certain programs’ practices when it comes to academics.

“I think there are some coaches out there unfortunately — I’ve met some of them — who’ve decided that their way to success was to cheat,” Adams said. “And I think without having deep animus toward them, which is sometimes hard, I do think the message has to be sent to them that the cost of cheating in the NCAA is not worth it. And I think until that message is internalized, we may have some more cases like [these.]”

Adams clearly has a strong opinion and stance on the matter. However, at the end of the day, preventing academic fraud starts with the athletics department itself. Pepperdine has two different academic coordinators for athletes, Adi Conlogue and Kevin Green, who said they are here specifically to help athletes succeed in the classroom the honest way.

“Our job, as academic coordinators, is to support them academically, so we have meetings with certain student-athletes to talk about time management skills, organizational skills, how to take good notes in class, when you meet the professor, what to say, just guide them,” Conlogue said. “We are here to be mentors to help them be successful.”

“One of the things that came out of Syracuse was student IDs being logged into staff computers, and so we don’t allow student-athletes to touch our computers,” Green said. “They’re not allowed to log in, I’m not allowed to log in for them, if they want to show me something on their Courses website, they have to open up their own laptop.”

Conlogue added that they take similar precautions when dealing with tutors editing papers.

“If you want to go over an assignment, you can’t just bring your laptop and say, ‘here’s my laptop, help me fix it,’ and have the tutor type, because at that point it can be an academic integrity issue,” Conlogue said. “The student would have to print [the assignment] off, or bring it to the session. Our tutors are educated not to write on that paper, cause that’s another issue, so they write on a separate paper.” Furthermore, Conlogue explained that when a student-athlete has a paper they’d like a tutor to look over, the tutor cannot write on that paper, but instead use a separate sheet of paper to write down advice.

Junior Nick Blanchard, a member of Pepperdine’s cross country and track teams, says that the academic coordinators have helped him stay on track to graduate, and that he has never felt the pull of academic fraud.

“I feel that if I give a good effort in school, pay attention, and go to class, I’ll be able to earn a good enough grade so that I don’t have to worry about cheating the system,” Blanchard said.

Steve Potts, Pepperdine’s director of Athletics, said the University also takes extra steps not required from the NCAA to ensure that student-athletes succeed in the classroom.

“We have a class-attendance policy: Our student-athletes have to go to class. We do spot checks,” Potts said. “If you’re here on campus, and you’re not traveling to compete, you have to go to class, and we’re going to hold you to that. I don’t think there is any substitute to being in the classroom, in terms of preparing for their courses.”

So while many universities have had recent issues regarding academic fraud, Pepperdine is taking multiple precautions to ensure they will not have similar problems.

We’re All in the Same Boat 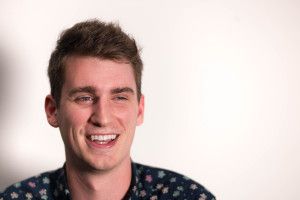 Photo by Zach LeCrossroads is now the first officially recognized LGBTQ+ club at Seaver College. The club will provide a space...
Copyright 2013 Jupiter Premium Magazine Theme
Back to top