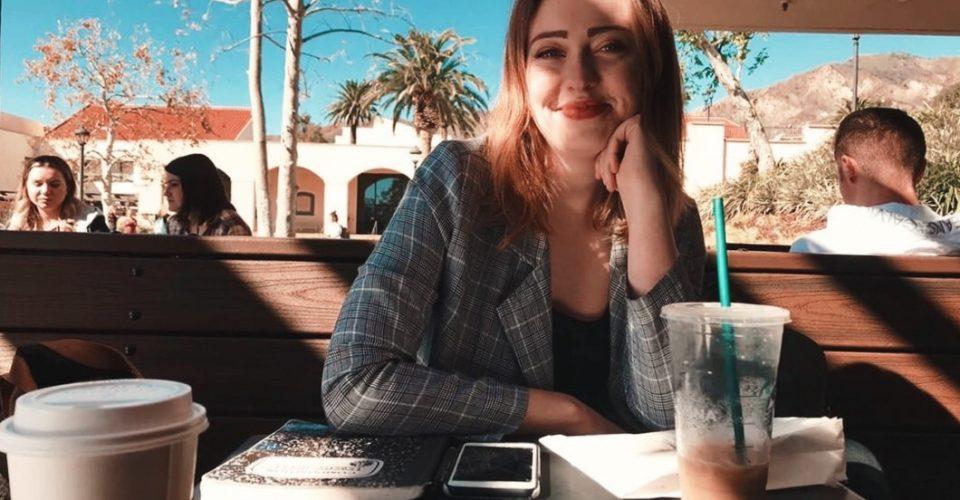 Alumna Julia Donlon smiles with a coffee outside of Starbucks on campus in Malibu during her last semester in spring 2019. Donlon said she spent a lot of time at this Starbucks while she was at Seaver.

“Take the time to have coffee with someone new!” is the motto of 2019 Pepperdine alumna Julia Donlon’s online social project, Coffee Monday, which she started in 2017.

Each installment of Coffee Monday consists of Donlon interviewing her guests, whether they’re a Pepperdine student, a coworker or someone else she reaches out to, over a cup of coffee. She shares her guest’s responses, coffee order and a photo of them on the Coffee Monday Instagram page each Monday.

Donlon is a former Graphic staff member, and wrote a Coffee Monday column during the spring of 2019. Donlon said Coffee Monday is all about the power of people getting together and communicating.

“It’s to promote being inclusive and getting to know people, and showcasing how everyone is so interesting and just how great people are,” Donlon said.

Donlon noticed Pepperdine students had a lack of genuine connections with each other, which she said inspired her to begin Coffee Monday.

“I was really frustrated with the social climate of Pepperdine and just life in general, of how everything’s very surface level,” Donlon said. “You always try to make plans, you’re like, ‘Yeah, we can hang out, let’s grab coffee, let’s get dinner,’ and then you just never talk to that person again.”

When she was a student, many people, including Donlon, tended to stick with their friend group and not branch out and talk to other people. She said she started interviewing fellow Pepperdine students to combat this and make connections outside of her friend group.

“When I had conversations with people, I tried to remember things so when I saw them again I could be like, ‘Oh hey, how was that test you were talking about?’ or ‘How’s your mom? I know you went to see her last weekend,’ that type of thing,” Donlon said. “So it’s not just being like, ‘Hi, how are you? Good, OK, see you later.’ It’s just making the effort to be about others, to be outside of yourself.” 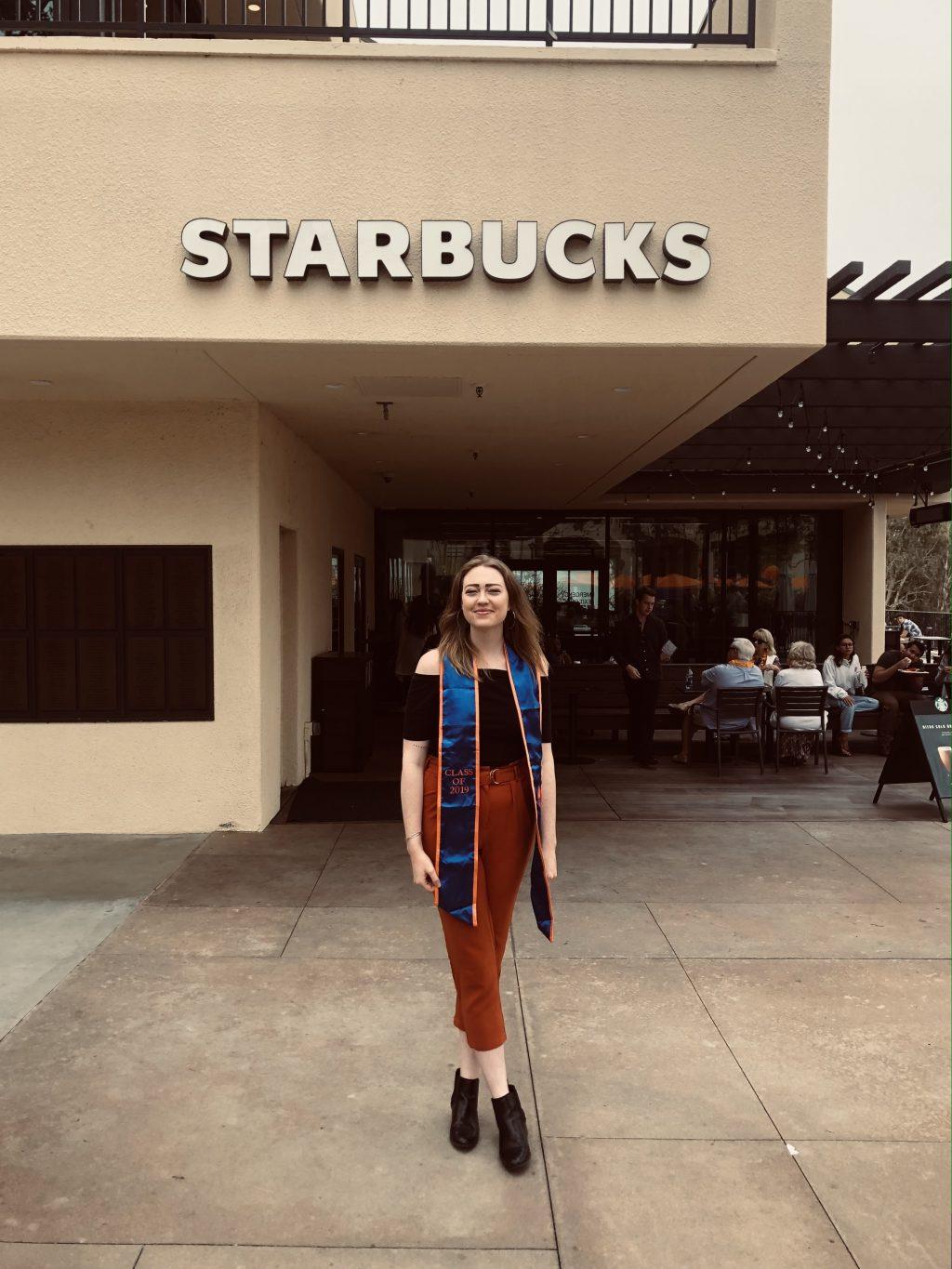 Donlon smiles outside of the Malibu campus Starbucks at the end of her final semester at Pepperdine in spring 2019. Donlon said she thinks it is funny that so much of her life involves coffee, between her work with Coffee Monday and her job as a Starbucks barista.

While she was a Pepperdine student, Donlon met her interviewees at the Starbucks on the Malibu campus, where she would ask each person the same set of questions. Donlon said those interviews could last anywhere from 30 minutes to over two hours, depending on how comfortable she and her guest were with each other.

The medium she interviews people over changed due to the pandemic, but Donlon said the motto of Coffee Monday remains the same. In early 2020, Donlon began conducting Coffee Monday interviews over FaceTime, as COVID-19 forced most coffee shops across the country to close their doors. For now, she doesn’t meet her guests in person, but the weekly interviews and her intention to get to know someone haven’t changed.

“It’s the simplest thing,” Donlon said. “It could be half an hour, it could be a 20 minute FaceTime. Grabbing a coffee with someone, that’s all it takes to break the barrier and make a connection and make someone feel like they matter.”

After graduating with a Bachelor of Arts in Theatre Production Design in the spring of 2019, Donlon took a job working backstage for a theater production aboard a cruise ship that traveled around Australia and New Zealand. While she was aboard the ship, Donlon said she continued doing Coffee Monday with the crew, interviewing people from all over the world, and even got to experiment with a new way of presenting her interviews.

“I kind of started this thing on [the ship] where I would record the interviews and they would put it on the TV for the crewmates to watch, like my own little TV show, and that was really cool,” Donlon said.

Donlon said in the future, she doesn’t plan to make Coffee Monday her full-time career, as it serves her best as a passion project. She considered turning Coffee Monday into a program to take to schools to teach kids about making connections, doing a partnership with Starbucks, or creating a talk show or podcast out of her concept, but none of these plans are in the works as of right now. Donlon has to think carefully about how she moves forward with Coffee Monday beyond its Instagram page or website.

“I think I haven’t put it into motion because I really want whatever it is to be fueled by the message and by the people, and not me just trying to make it a thing,” Donlon said. “I’m trying to figure out the best way to do it without me looking like a sellout.”

Donlon moved to West Hollywood last year, and she said she’s waiting for the entertainment industry to open back up so she can get back to her professional goals in theater. In the meantime, she works as a barista at Starbucks, and the irony is not lost on her.

“I’m making connections every day with people, so it’s kind of a more corporate way of doing Coffee Monday, because I’m giving people coffee and also sort of interviewing them when they come in,” Donlon said.

“We’re all kind of in this together,” Donlon said. “We’re all going through life, we’re all, at the very end of the day, a human being, so I think it’s just super important to reach out to people to ask how they are.”

Pepperdine Theatre Prepares for Virtual Performances of 'As You Like It' 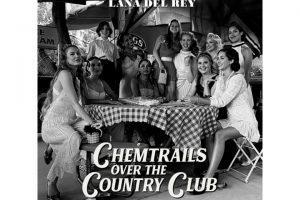 The cover of Lana Del Rey's new album, "Chemtrails Over the Country Club," depicts her and her friends at a country club....
Copyright 2013 Jupiter Premium Magazine Theme
Back to top