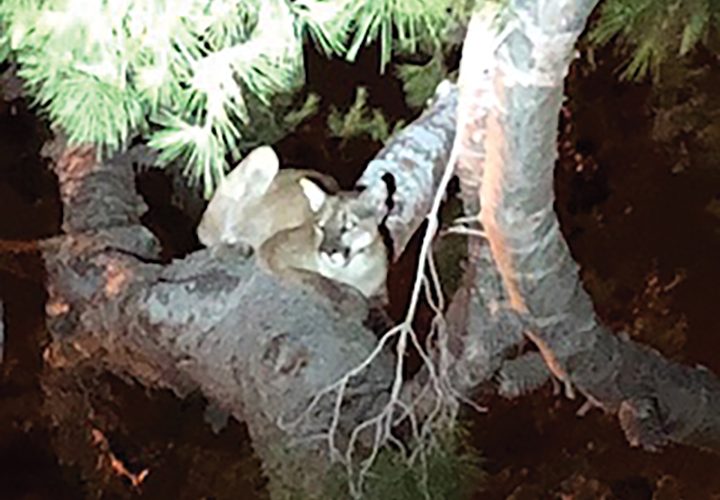 Photo courtesy of the Department of Public Safety

University officials continue to monitor mountain lion activity on campus after three separate sightings were confirmed last week at the Facilities Service Pad, in a tree near Tiner Court and between Hayes and Peppers Halls, where a mountain lion attacked and killed a deer between the two freshman dorms.

These incidents are the latest in a string of sightings that date back to December 2016. Since then, there have been 94 mountain lion sightings — 34 of which have been confirmed by the Department of Public Safety (DPS), according to an email statement from the office of Vice President of Administration Phil Phillips.

“It seems unnatural,” Phillips said. “Pepperdine has been here for over 40 years, but we’ve never had the kind of mountain lion sightings that we have had recently.”

Administrators meet and work closely with the local sheriff’s department, the National Parks Service and the California Department of Fish and Wildlife to monitor sightings, Phillips said.

“Every time we have a sighting we alert those agencies,” Phillips said. “We have had large group meetings with them. I have written them to formally ask, ‘I want you to come evaluate whether these mountain lions pose a dangerous threat to students.’

“They’re concerned it makes it hard on the lion because when it goes to a different place, it might not be able to find water and can die that way,” Phillips said. “But even for us, they say if we remove a male lion especially, it creates an area for other males to come and battle for the territory and could bring in more that way.” 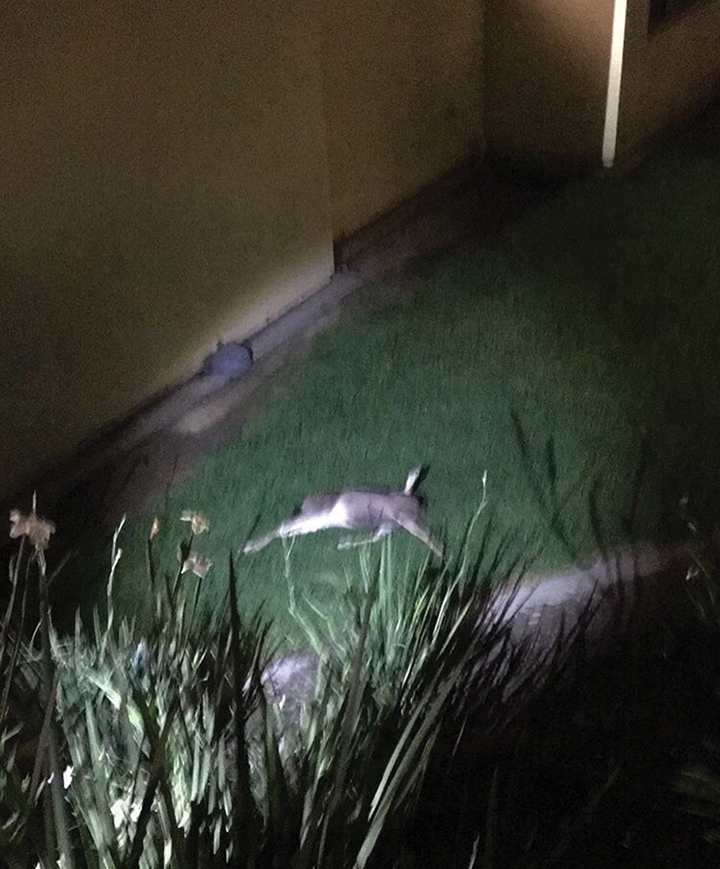 The university is working to discourage large deer populations on campus as a way to avert mountain lions from hunting around the university. Landscaping and maintenance teams are making sure they are not planting vegetation that deer like to eat in student-populated areas.

“We’ve also installed deer deterrent systems in flower beds that will spray water all of a sudden, and it startles the deer,” Phillips said. “That’s been really effective to keep our deer population low and thus, reduce how attractive our campus is for mountain lions to come.”

Freshman Maya Ordonez said when she first heard about the large amount of mountain lion sightings, she was “freaked out,” but she trusts Pepperdine’s safety measures after seeing how much officials emphasized student safety at New Student Orientation.

“Everyone here makes sure campus is entirely safe so I trust the campus with this,” Ordonez said. “I appreciate that Pepperdine shares information about the mountain lions with us students. It makes me aware not to go out alone at night or wander around in the hills.”

Phillips said wildlife agencies believe the mountain lions that have been spotted could be the two surviving offspring of mountain lion P-23, who was hit by a car last spring and killed on Malibu Canyon Road.

“National Parks was speculating that it had two cubs and we believe that one or both of those are the ones that are here,” Phillips said. “What we think happens is that [Pepperdine] is part of the cycle they go through, which is a pretty big range, but when we have sightings, they happen every night, and then we will go without a sighting for a while. So I think the lions are hunting elsewhere and then they find their way back.”

“It really wasn’t that big, just up to your waist and really skinny,” Hugues said. “It was scary and impressionable at first, but I do not think it is something to be frightened about because it is only half of your body.”

Hugues said after this encounter, he is no longer afraid of mountain lions on campus.

“If I do confront it this year, I’m not going to be frightened,” Hugues said. “I’ll just remember what DPS has told us to do. “

Moving forward, Phillips said he and other university departments will continue to push the agencies to relocate the mountain lions.

“We are struggling to get traction, but we will continue to push relentlessly,” Phillips said. “We’ve got to look at it from the standpoint of preventing something catastrophic.”

If one encounters a mountain lion, maintain eye contact and back away slowly. Do not run, as the lion’s instinct will be to chase. Instead, appear as large, loud and powerful as possible.

Public Safety escorts are available on the Malibu campus 24/7. If one sees a mountain lion, take a photo or video if safe to do so, and be sure to report the incident to Public Safety at (310) 506-4442. 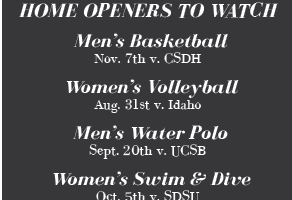 The Waves, with the addition of several new coaches, assistants and recruits, are gearing up for an exciting fall sports...
Copyright 2013 Jupiter Premium Magazine Theme
Back to top