Pepperdine’s female soccer team during a match against UCLA in September 2018. Photo courtesy of Katy Byrne.

Concussions in college athletics are a general concern in high school, college and professional athletics teams. While national discussion tends to focus on football and boxing, sports traditionally dominated by males, Pepperdine coaches and female athletes explain how females can be vulnerable to head injuries too.

National Collegiate Athletic Association data shows that college athletes suffered an average of 10,500 concussions annually from 2010 to 2014, of which approximately 3,400 occurred in football alone. 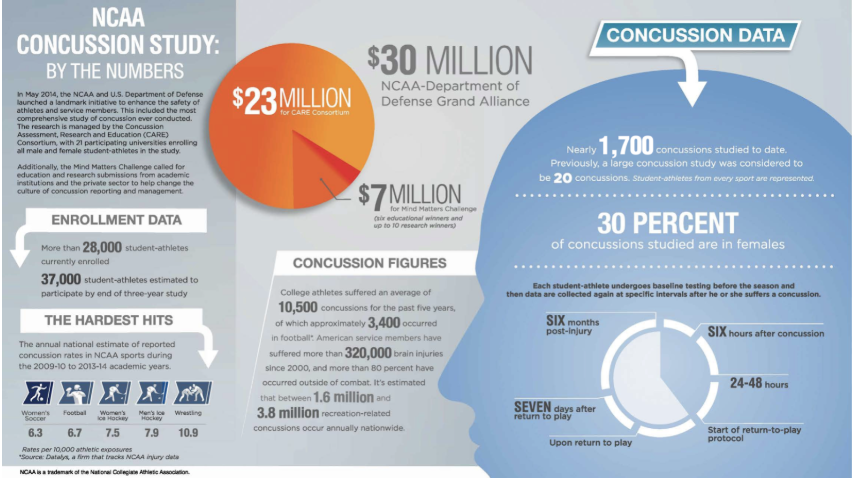 This graph by the NCAA shows that the sports with the most concussion occurrences as of 2014 were women’s soccer, football, women’s ice hockey, men’s ice hockey and wrestling. Image courtesy of NCAA. 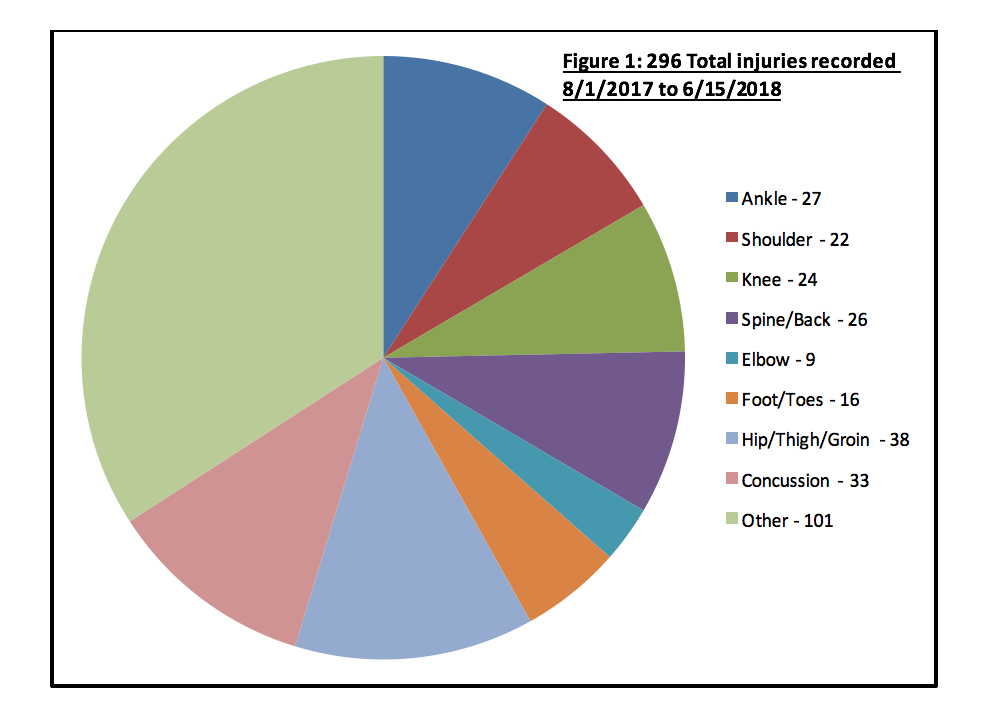 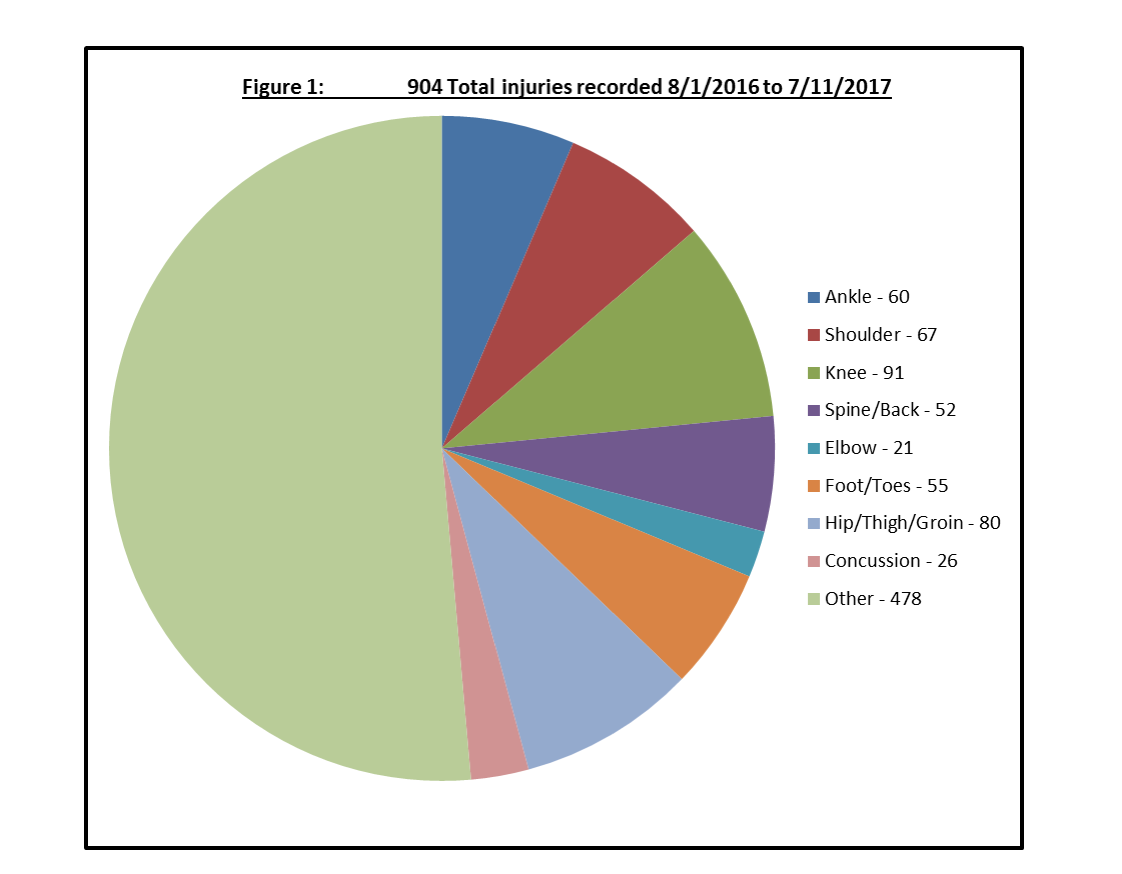 Graph shows total injuries recorded at Pepperdine University athletics from August 1, 2016 to November 7, 2017. It can be seen that the number of athletics-related concussions increased from 26 in the 2016-2017 academic year to 33 during the 2017-2018 academic year.

What sports increase the risk of concussions?

“Definitely the contact sports,” said Kevin Wright, assistant director of the Pepperdine University Department of Athletics. “We don’t have football, which is the one that really suffers concussions a lot. But we have contact sports like water polo, women’s polo, basketball, volleyball – those sports definitely have more concussions.” 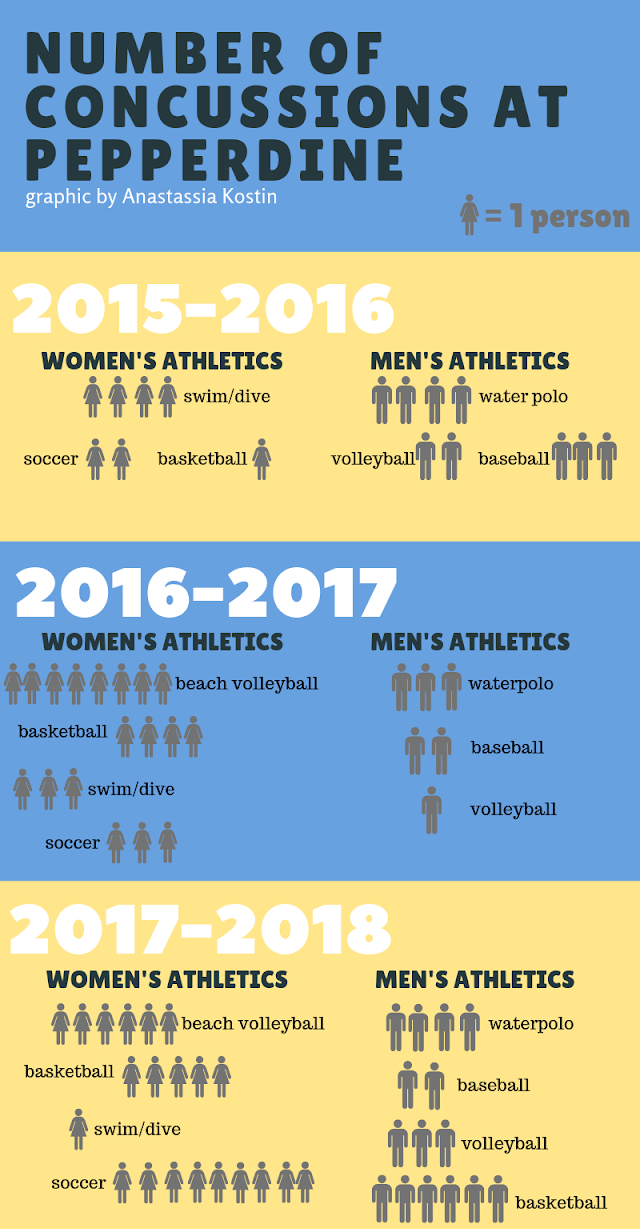 The above graphic show the number of concussions suffered at Pepperdine from the 2015-2016 academic year to the most recent records of the 2017-2018 academic year. Information courtesy of Kevin Wright. Graphic by Anastassia Kostin.

Although no one sport consistently recorded a higher number of concussions than others per academic year, women’s soccer, women’s beach volleyball and men’s basketball most recently had the highest numbers, which is consistent with the NCAA 2014 study.

Why are female athletes at a greater risk of getting a concussion?

“Even though we live in the time of feminism and equality, male and female anatomy is just not the same,” said Timothy Ward, coach of the Pepperdine women’s soccer team. “Women have weaker neck muscles, which leaves them at a higher risk of getting hurt during head collisions.”

Females have “leaner” nerve fibers, which may make them more vulnerable to concussions, according to a study by the university of Pennsylvania. Ward said women’s neck structure is not as protective as men’s, and a weaker neck leads to higher impact to the head.

Additionally, female athletes and patients who have had prior concussions are more likely to experience additional concussions during contact sports, according to results published in the Journal of the American Academy of Orthopaedic Surgeons in 2017.

“Men athletes often have these muscular shoulders that often protect the head from harm during these types of collisions,” Ward said. “But women are further exposed.”

In 2014, the NCAA conducted the largest research study to date on concussions in college athletics, and found that tracking concussions can reduce their occurrence.

How does Pepperdine diagnose concussions?

“There’s not a sport that doesn’t suffer concussion,” Wright said. “Whether it be a slip-and-fall accident for a golfer or a soccer player getting hit in the head with an elbow. All sports suffer from concussions.”

“If an athlete exhibits or reports signs of concussion after an incident like a head injury occurs, we are going to evaluate that person for concussion,” Wright said.

The athletics department uses the Sport Concussion Assessment Tool 5 (SCAT-5) exam, which allows the department to implement a balance examination, reaction-time experiments and memory questions that can diagnose students with a concussion.

“We measure their brain and see how it is reacting,” Wright said. “Their cognitive functions will determine signs of concussion.”

Wright said Pepperdine also has a computer-based Impact Exam, where new athletes’ heart rates and cognitive functions are measured. This data then be used after a concussion to see how their brain is recovering, according to Wright.

What is Pepperdine doing?

Although the number of yearly concussions in Pepperdine athletics is increasing, Wright said the Department of Athletics is addressing those numbers..

“What has really improved over the past 10 years is our process of dealing with concussions,” Wright said. “It’s become very systematic and detailed [because] it’s the only injury that’s legislated in California.”

If an athlete has a concussion in the state of California, they must be seen by their primary care physician and have paperwork to return to sport after being evaluated, he said. Wright also said Pepperdine wants to teach athletes the importance of telling their coaches about a concussion.

“It’s really important that we treat them very carefully,” Wright said. “And [that] we’re very open to receiving that information from the athlete to make sure we’re taking care of them throughout the whole process.”

However, some students said they would not tell their coaches if they had a concussion, as they feel as this could have a negative impact on their athletic careers. One of these students was Senior Ryanne Skinner from the swim and dive team. Skinner suffered a concussion during an off-campus event.

“Luckily it was off-season so instead of working out 20 hours a week we were strictly on eight,” Skinner said. “We weren’t competing so I got really lucky in that I didn’t have to stop for any meets. But I definitely wasn’t allowed to train with the team during those eight hours.” 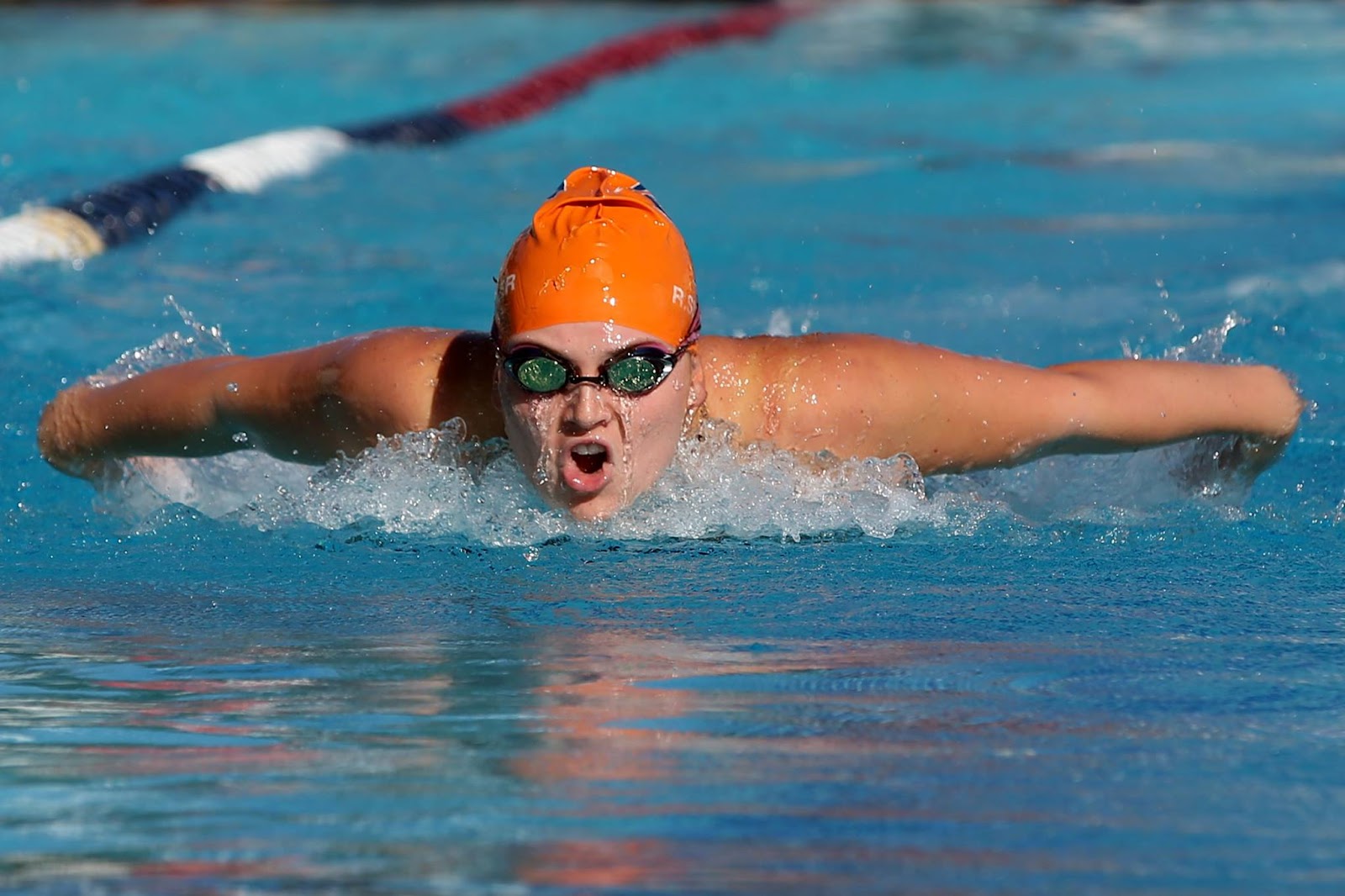 “If I would have been in-season I probably would have just brushed it aside and kept going,” Skinner said. “When it comes to competing with your team, with your university and for yourself you really don’t want to let [anyone] down so sometimes you just kind of have to suck it up.”

Freshman soccer player Isabel Nelson, who had a concussion after a game, agreed with Skinner that sometimes it seems more convenient for athletes to keep the information to themselves after suffering a concussion.

“When I had one I just tried to rest and then go back to practice,” Nelson said. “But then it hurt really bad so then I went back to the doctor.”

What can Pepperdine do?

Sophomore soccer player Laura Ishikawa said her concussion happened after trying to hit the ball with her head simultaneously with another player, resulting in a crash.

“I was basically playing in a game and we both ended up going for a header and she hit me in the head, so I got a minor concussion,” Ishikawa said.

In 2015, the U.S. Soccer Federation banned headers (hitting the soccer ball with the head) for soccer players under 10. Players 11 to 13 are allowed to head the ball in games but are limited to no more than 30 minutes of practice time heading the ball and no more than 15 to 20 headers during that time each week. However, older soccer players are still allowed to head the ball, according to NCAA regulations.

At Pepperdine there is no rule limiting soccer players’ ability to head the ball as part of the NCAA regulations, but Ward said he tries to limit the practice of this technique.

“We are very selective about when in the training we actually do and how we do headers,” Ward said. “We make sure that the balls we are using are slightly deflated, and we do more uncontested defending (heading the ball one at a time) to make sure girls don’t hurt each other.”

Ward also said the brand Halo 3 is now making special headgear to prevent concussions, and he thinks it could be appealing for high schools and universities to implement. However, students said they thought the headgear could be a distraction during the game.

“I wouldn’t be willing to wear it in college,” Ishikawa said. “It’s just annoying. I just don’t like headbands in general and I feel like they’re distractful when you play.” 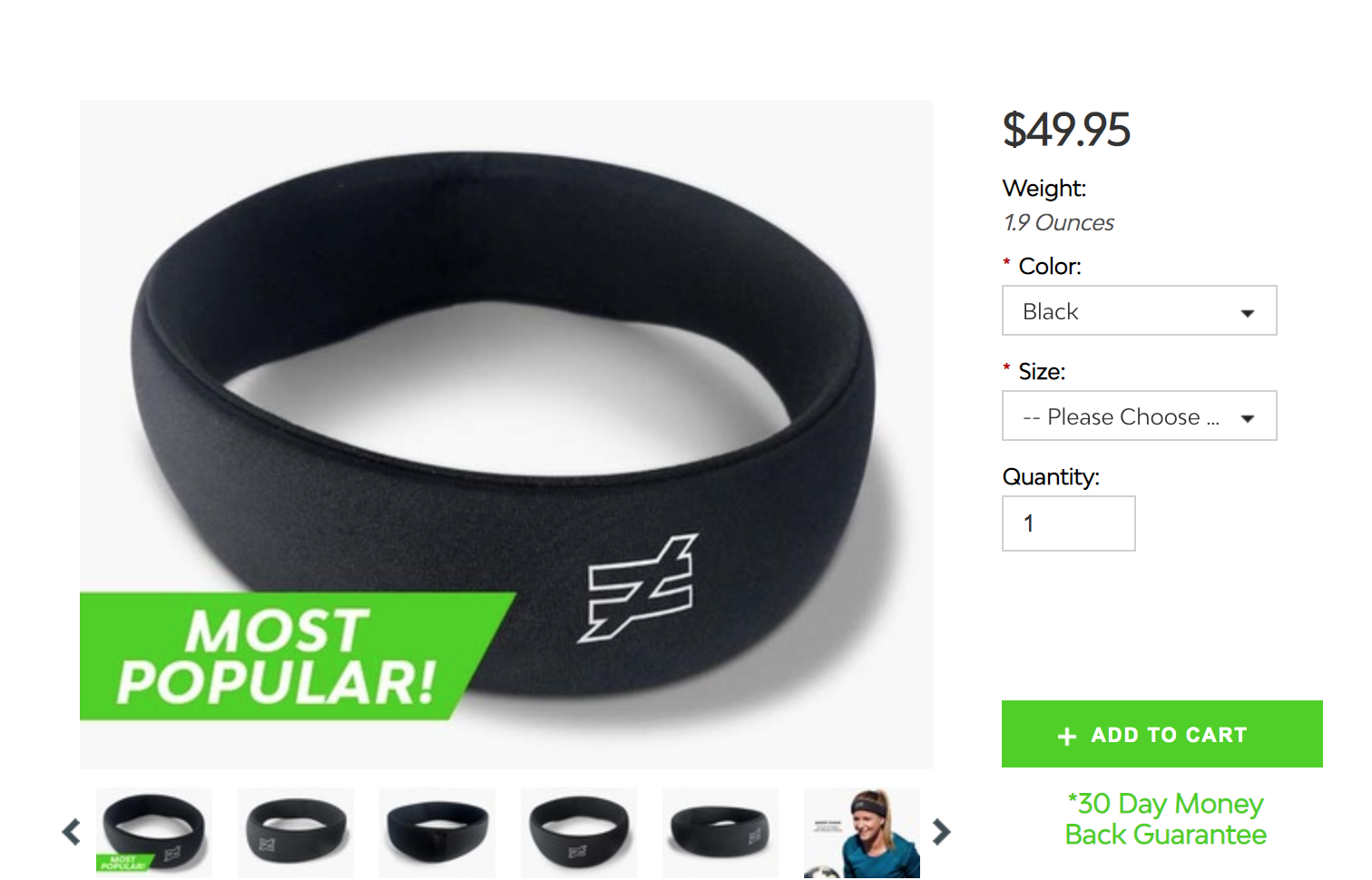 The Halo 3 headgear is marketed as reducing the risk of head injury during falls, collisions and headers. Image courtesy of Halo 3.

Whether Pepperdine decides to adopt the headgear or not, Ward said he thinks the university is moving in the right direction with constant concussion tests and educating students about the possible future implications of having an untreated head injury.

“Heading the ball is part of the sport,” Ward said. “But it is necessary for us to educate girls and let them know how these injuries could affect them in the future. They could lead to concentration problems or cognitive dysfunctions that could negatively affect their lives after athletics.”