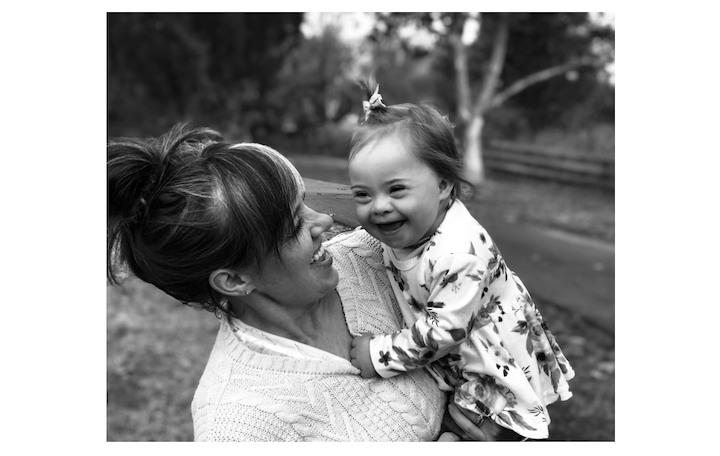 A major fear for many people with disabilities is being treated differently.

Psychology Professor Tomas Martinez, who has post-polio syndrome, said people would talk to him differently because of his disability when he was younger. Now he believes that people are becoming better at communicating with him.

“It is an area that as we learned about communicating differently to respect the new definitions that we have for each other, and to now not allow ourselves to be compartmentalized into these little boxes of being handicapped or being disabled as opposed to recognizing it as something that impacts somebody, but doesn’t necessarily have to define who they are,” Martinez said.

As people think through how to communicate more inclusively in terms of gender and race, they also need to think about disability, Martinez said.

Pepperdine students and faculty who have a disability shared their communication experiences, which they believe are sharply different than those of the people around them.

Martinez said he has had post-polio syndrome since he was a year old when his family took him to the hospital to spend a year in isolation.

“I was taken away from my home,” Martinez said. “Now that I know what happened to me over the years, it’s kind of affected me growing up.”

He said he was lucky to have a family who supported him.

Martinez recalled a time where the public school his mom wanted him to attend would not allow him in because of his disability. However, his mom’s resolve was strong and the school eventually ended up taking him; Martinez was one of the first children to be mainstreamed in education, that is he was one of the first children who had a disability to be placed into a mainstream classroom.

Like Martinez, senior Amanda Cooper said she has had a difficult time growing up with a disability and is thankful for her family’s constant support.

“Growing up with a hearing impairment can definitely feel isolating because a lot of people assume that only elderly people have hearing loss, but for sensorineural hearing loss, it’s hereditary,” Cooper said. “It also continues to worsen as you get older. When I was a teenager and I already had hearing loss, it was difficult for me to know that that was probably the most I would be able to hear in my life.”

Cooper said people often assume she knows what they are saying. When she mishears them and answers incorrectly, they automatically think it’s due to a lack of intelligence instead of a lack of ability.

“That can be frustrating because I know that it’s something that is easily explainable, but it also shouldn’t have to be my responsibility to tell the person who’s at the grocery store checking me out I’m hard of hearing,” Cooper said.

Martinez said many people who first learn about their disability have to cope with the knowledge of losing an ability they used to have.

“The idea of loss and recognizing that to some extent, every person who’s disabled struggles with some of those issues,” Martinez said. “And so to that extent, I think this is the harder part of people with disabilities [because] we don’t talk about these things very often.”

Parenting a child with a disability

Sports Medicine Professor Cooker Perkins Storm has a 17-month-old daughter who has Down syndrome. When she was first born, Storm said they didn’t name their daughter for a while.

“We tried to do a little bit of research on the sounds that are hard for people with Down syndrome,” Storm said. “Because we didn’t want her to feel frustrated trying to tell someone her name.”

Her daughter, Tessa, sees four therapists a week, including a speech language therapist. She said this has revealed how fundamental communication is for her daughter’s development.

“You don’t think that communication will play a role until kids start to talk, but it really has opened my eyes as to how important it is and so early, and you take it for granted,” Storm said.

Extra difficulties in the COVID-19 pandemic

“It’s very difficult right now with COVID because I do a lot of lip reading, and the masks really hinder my ability to understand what people are saying,” Cooper said.

Martinez said his experience during the COVID-19 pandemic has been a double-edged sword. He said COVID-19 was “America’s Second Plague” and his experience with polio has helped him understand people’s extra-cautious reactions now, but he is once again facing the trauma that he experienced throughout his childhood.

“My history is kind of very relevant to much of the history of what we’re seeing today when I was developing and growing,” Martinez said. “The good news is that I have much of my own kind of history that I understand some of the dimensions of what people are going through now. The downside is I’m remembering a lot of the trauma I went through as a child because during that time polio was not understood the same way we don’t understand this virus.”

How Pepperdine is addressing difficulties

Education Professor Elizabeth Yomantas said the online learning environment due to COVID-19 has made it difficult for faculty to communicate with their students who need accommodations.

“I think by not having that human connection, it’s just harder for professors to put the accessibility needs at the forefront of their teaching and then to be able to reach out to students more seamlessly based on how things go on in the physical learning environment,” Yomantas said. “But as educators, we need to meet students’ accessibility needs, especially during distanced learning.”

Sandra Harrison, executive director of the Pepperdine’s Office of Student Accessibility, said the OSA staff have been working with students and faculty to help overcome any barrier they might be facing.

“We encourage the student to initiate a conversation with the professor and make sure the faculty member has their accommodation letter and talk about what their needs are, how the class is designed and how their particular accommodations unfold in the class,” Harrison said.

When the Pepperdine faculty saw that courses would be online, the Center of Teaching Excellence launched a course to help professors transition to teaching in an online learning environment. Christopher Heard, religion professor and CTE director, taught a course that involved inclusive design.

“So if I have a text that is mainly auditory, I want to make sure there’s a visual companion to that so that students who might have trouble hearing it for whatever reason can read it,” Heard said.

Heard said Pepperdine is doing a great job at being accessible to students within the classroom, but there’s always room for improvement.

“We don’t necessarily have to wait until we have a specific student in mind but design for as much variety as possible,” Heard said.

How society can be more inclusive

Based on her experience, Cooper said the best thing people can do is to be more mindful.

“Never assume people’s ability just from the way they look, or you should never assume that everybody is an able individual,” Cooper said. “When you’re going through your everyday interactions just treating everybody as if you want to make life as easy as possible for them in every way can help you be more compassionate.”

Martinez said he is hopeful for the future, and looks forward to seeing more people advocate for people who have a disability.

“I do think this is an area that we can kind of support each other with and advocate for each other, even if it doesn’t necessarily apply to that able body person directly,” Martinez said. “It does allow for diversity and inclusiveness, and I’d love to see more disabled students on campus.”

Yomantas said inclusion in communication is important, and there are many means of self-education for everyone to learn about how to be more inclusive with people who have a disability.

“The work of thinking about inclusion means you’re on the path to becoming the person that God made you to be a better, more inclusive person in all arenas of your life,” Yomantas said.