Out of the ‘Bu and into the Wild 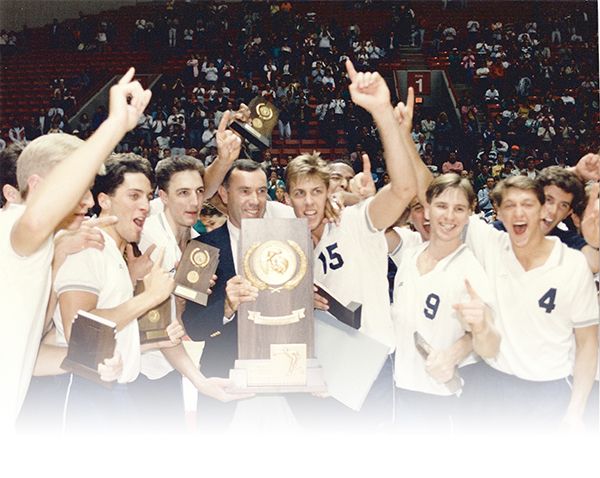 At the crossroads of life, unsure of what the future holds? Go climb a mountain; that’s what Pepperdine alumnus Greg Vernovage did. The 1995 graduate is one of a small circle of people to have reached the highest point on Earth – Mount Everest. And that isn’t the only title that Vernovage can lay claim to. He was also part of the 1992 men’s volleyball championship team.

Before he started defying gravity as a sport, he was not only part of the team that made history at Pepperdine, he also had success as a player and coach. After graduating, Vernovage competed internationally in France and Belgium before becoming a coach at Long Beach State and Pierce Junior College, where he took the team to two state titles. Even more prominently he was part of two Olympic appearances in 2000 and 2004 for beach volleyball, and brought home the Gold in 2000.

Impressive as all that is, the bigger story is how Vernovage got to where he is today. Sitting unassumedly in Marv Dunphy’s office, reminiscing about the days when he sat in the same spot as a student, he said: “There’s more teams on the wall, but nothing has changed.”

His life story reads something like a Forrest Gump biography, as Vernovage jokingly said he ended up where he is today by “bad luck.”

Vernovage felt compelled to share several life lessons that he has picked up thus far.

1. “Everyone should want to be Marv Dunphy in the gym.”

Vernovage attributes how he learned to be a coach to the example of men’s volleyball Head Coach Marv Dunphy, one of his life-long mentors. He started out helping Dunphy with his camp and adopted Dunphy’s coaching skills into his own philosophy.

Vernovage still cites many “Marvisms” (one of which is the next life lesson tip). Reflecting on how he ended up climbing mountains, Vernovage said one of his personal rules as a coach was never to ask of his players what he himself could not do. This set him on the course to look for a physical means to test his limits, which started with rock climbing and took him to the top of Mount Whitney. He never looked back and eventually ended up on top of the world – literally.

An emphasis on personal hygiene is one of Vernovage’s favorite lessons that he inherited from Dunphy, second to, “Whenever you have the opportunity to be in the presence of greatness, take that opportunity.”

Being an expedition leader is like being a coach: You have to be part of the game, while still paying attention to the big picture and you can never be sure of the outcome. According to Vernovage, the hardest part of climbing and the most valuable lessons he has learned in mountain climbing are patience and flexibility. Everything is unpredictable. Despite the best of preparation, sometimes things don’t always go according to plan. He works for International Mountain Guide and leads expeditions to the Himalayas, Denali and Bolivia, among others. He works year round and goes where the seasons take him.

What the future holds for Vernovage is hard to say. “[I still love the game, so] never say never with volleyball,” Vernovage said.

He said his list to accomplish for mountaineering is, “everything I haven’t climbed.”

4. “Find your own challenge; you’ll know what it feels like to be on top of the world.”

“Lots of people say, ‘I’d never be able to climb Mount Everest’ … anybody can do it,” Vernovage said.

The world is only as tall as you limit it to be – nothing is impossible. Vernovage encouraged that if mountain climbing isn’t for you, find your own challenge, do it, and learn what it feels like to be on top of the world. 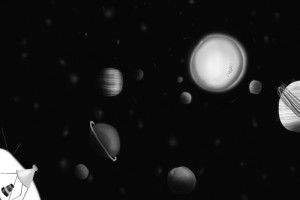 Art by Brooke Muschott The year was 1977. Disco music was groovy. It was actually cool to wear shiny polyester. Personal...
Copyright 2013 Jupiter Premium Magazine Theme
Back to top