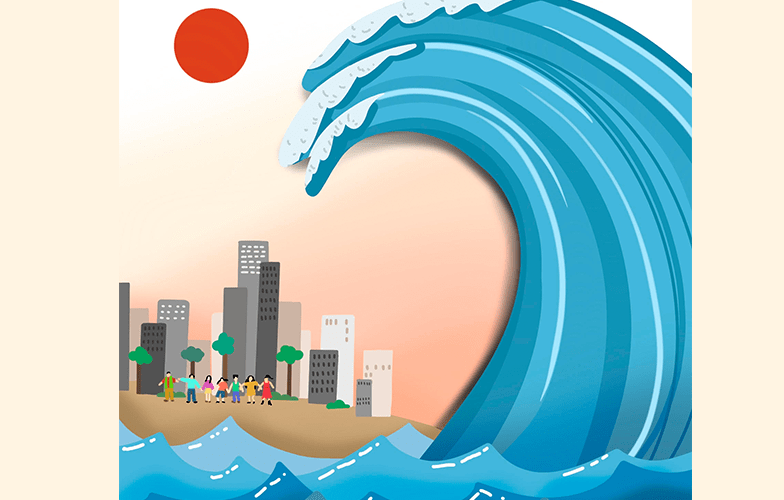 Amid the growing cases of violence against the Asian community, March 11 marked the 10-year anniversary of the Tohoku earthquake and tsunami in 2011 that claimed almost 16,000 lives. To many Japanese communities all over the world, March 11 is a date to remember, just as how Americans pay tribute to the Sept. 11, 2001 attack every year.

These days have a lot in common: Both are marked as important dates to honor those who died and #NeverForget is repeatedly used to remember the dates in both countries.

From the Chinese Exclusion Act to Japanese Internment, there is a long history of discrimination against the Asian communities in the United States.

The recent Atlanta attack revealed white citizens can “have a really bad day” and murder innocent lives while members of the Asian community are having a really bad year full of racial microaggressions and overt racism related to COVID-19.

In the past year, many hashtags such as #StopAsianHate, #WashTheHate and #IAmNotAVirus have been trending on social media. Still, research by Stop APPI Hate reported 3,800 cases of anti-Asian crimes in 2020 alone.

In the United States, racism and xenophobia oftentimes stem from an education system that seems to support an imperialistic notion that “the victor will always be the judge, and the vanquished the accused,” a statement by Hermann Göring, a German political and war leader who was convicted as a war criminal during World War II. Such a narrative, which protects the oppressors, helps normalize hate crimes and fails to respect tragic loss.

No one is born a racist because racism is taught. Therefore, to become anti-racist, one must begin by “unlearning.”

Motivations behind racism can be caused by a superiority complex, a behavior in which a person believes one is superior to others. Another can be distorted ideology, a belief that derives from needs and desires. These are sometimes taught unconsciously at schools during history classes.

Although some dehumanizing acts usually come from racial stereotypes and historical events, racist people seem to only look at how relevant those events are to them.

World War II is an example.

The United States is often credited for bringing an end to the war when Japan surrendered on V-J Day, shortly after two nuclear bombings in Hiroshima and Nagasaki. While this is true, it can promote positivity bias — a term used to describe a person’s tendency to favor positive information in reasoning. The negative effects of atomic bombs, such as the inhumane use of nuclear weapons and the dehumanization of Japanese-Americans, are ignored.

Americans with nationalistic views fail to acknowledge the oppressive perspectives they subconsciously hold. Thus, they do not see the negative consequences of projecting racist sentiments, such as telling Asian-Americans to “go home.” They view World War II — specifically the bombings of Hiroshima and Nagasaki — as a victory because they only want to acknowledge the positive outcomes.

Seemingly, most of the time, racist slurs are created, used and perpetuated by these “victors” considerably due to positivity bias.

For those people, the unlearning process starts by recognizing that the outcome of tragic history is not a justification for hate. They must also remember the negative consequences of these events are still evident today — “Hope you get nuked again” is one of many offensive comments Japanese people still hear today.

To help eradicate racist thoughts and prevent anti-Asian sentiments from prevailing, one must detach from positivity bias to recognize and learn the multidimensional factors of historical events by delving past the facade.

Just as Sept. 11 is for many American people, March 11, Aug. 6 and Aug. 9 are important dates for many Japanese people.

For some people in the United States, these dates may have different meanings — the two latter dates may be acknowledged as signs of victory. While it is normal to have such interpretations, historic victories cannot be justifications of discriminatory actions nor reasons for a particular group of people to feel the need to stand as superiors. All historic victories must also be recognized as causes of on-going tragedies.

People rarely make derogatory comments regarding the Tohoku earthquake and tsunami because they acknowledge these events as tragedies. The bottom line is this: If an event causes casualties, it must be recognized as a tragic event.

Tragic events are not reasons to create hate. They serve as lessons to protect the lives of innocent humans.

Waves can demolish everything, just as a tsunami did 10 years ago in Japan. Waves can also unite and create a strong force to fight against something much bigger, like racism.

So, Waves, which one do you choose?

Opinion: Pepperdine's Failures in Shanghai Should Not Stop Students From Learning More About China 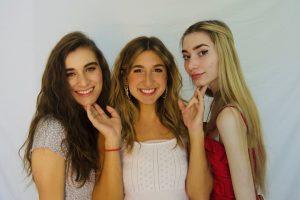