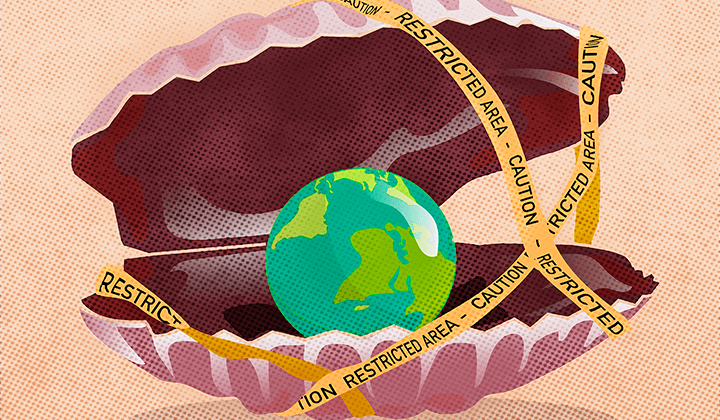 If you ask Pepperdine students what drew them to the school, many will say the location and view. That’s a no-brainer — considering it’s ranked as one of the most beautiful schools in the U.S.

But ask them what else inspired them to apply? Many will praise the school’s renowned study abroad programs, which 67% of Pepperdine sophomores participate in.

Studying abroad is fantastic and students are incredibly lucky to have access to the programs available. However, the selections available to students offer little variety.

Pepperdine hosts six study abroad programs during the academic year, and of those six, four are in Europe. Students with interests in non-Western study abroad locations are left with a single program in Buenos Aires, Argentina.

As for those who don’t want to stray far from home, Pepperdine offers one domestic program in Washington, D.C. — though the program is more specifically oriented to fit those interested in pursuing politics. The world is your oyster; but if you’re a Pepp student, that oyster only spans so far.

Despite lacking variety in their programs, the IP department has managed to keep students engaged and focus on them individually. In fact, about 80% of Seaver students end up participating in IP during their time at Pepperdine.

Pepperdine’s International Programs allow students the chance to explore new places under the care of staff and faculty who know each region well. The IP department works diligently to curate intimate learning experiences for students, while living like locals.

Time after time, the University has expressed valuing quality over quantity, with small-class sizes to match. After all, the tight-knit nature of IP is part of what keeps students staying involved abroad.

Though Pepperdine has high IP involvement, one can’t help but wonder why students are limited to exploring only specific corners of the world? Considering the IP department’s favoritism for its European campuses, students who are not enrolled in French, German or Italian classes are left with few choices for expanding their worldview.

Considering the closure of Pepperdine’s Shanghai campus during the coronavirus pandemic, many students were left wondering if a replacement would be found. Beth Laux, the Dean of International Programs wrote in an email concerning Pepperdine’s progression in establishing campuses in non-European countries.

“The University is highly committed to establishing a new campus in Asia. IP continues to work with University leadership to evaluate options,” Laux said.

Currently, the greatest obstacle to campus expansion is the pandemic. International travel is still restricted in many locations. This prevents us from engaging directly with possible host communities. As pandemic restrictions lift, the University will be able to move forward more expeditiously in establishing another campus abroad.

“Our hope is to develop an inclusive process that integrates a range of factors and stakeholders including, but not limited to, academic opportunities, cultural engagement, service and internship options, location, health and safety conditions, and much more,” Laux said.

Students can study Spanish, and in turn go abroad to Buenos Aires, Argentina. But Spanish, like all languages, has regional-specific dialects. The way a population speaks Spanish in Central America will greatly differ from Spanish spoken in South America; the same way American English is different from British English.

Argentina is not an all-encompassing country that absorbs regional differences from its neighboring countries. Countries influence one another, but each is unique in their own ways. For example, 70% of the Argentine population are of Italian descent, which has caused for Argentine Spanish — Rioplatense Spanish — to sound more like Italian than Castilian Spanish.

Pepperdine gives students few choices in what they can pursue academically while abroad during the academic year. Despite language offering courses for Arabic, Chinese, French, German, Greek, Hebrew, Italian, Japanese and Spanish, only four of these languages are viable for Seaver students’ study abroad programs.

Of these, LMU offers three domestic programs, allowing students the option to study away from home without crossing over any oceans. Separately, there are options available throughout North American countries like Canada and Mexico. LMU allows students to explore different cultures, many of which are non-European, and thus more worldly when set side-by-side with Pepperdine’s meek offerings.

Granted, LMU has a slightly larger undergraduate population at over 6,673 students compared to Pepperdine’s community of 3,708. Regardless, the two private religious universities are more similar than they are different. However, these similarities end at their international program departments and the types of curriculum offered to those abroad.

In order for Pepperdine to expand its IP department, the school should work with neighboring schools, like Cal Lutheran and LMU, to join forces and expand their options.

However, if the University plans on maintaining exclusivity, they should plan to open another campus outside of Europe. Though Pepperdine has promised new opportunities for students to study in the Asia-Pacific, there has yet to be any public notice that they are anywhere close to establishing a new program in the East.

Once allowed the opportunity of enlightenment, Waves will be making waves worldwide.