Opinion: The Met Gala is Stooping to Mediocracy 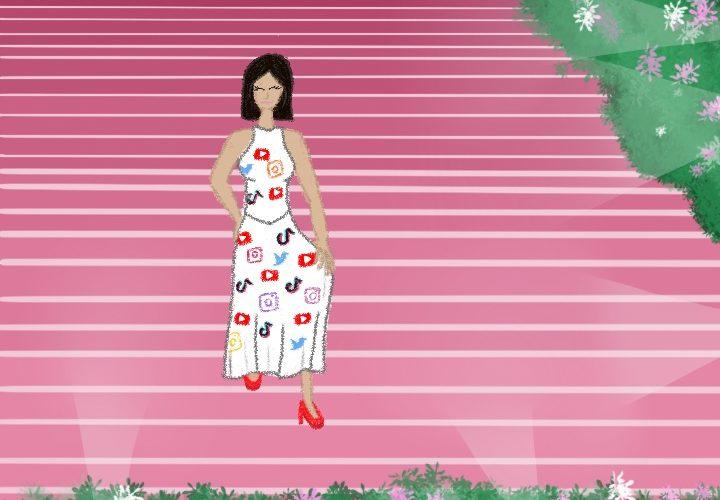 “The Met Gala is the fashion world equivalent of the Oscars,” Christian Allaire wrote in an April 2021 Vogue article. This year, New York City’s — and possibly the United States’ — most important night of fashion will commence Sept. 13 at the Metropolitan Museum of Art.

This year, the Gala could possibly lose sight of what it was originally created for. Its true meaning is to celebrate fashion and courageous style. It should not be a superficial approach. The Met Gala is in danger of becoming an influencers’ paradise.

Beginning in 1948, the Gala was merely a private midnight dinner for those with invitations only, according to the Met’s website. It was established to raise money for the Costume Institute of The Metropolitan Museum of Art and, soon after, skyrocketed to the most significant night in all of fashion.

Past guests include singer Madonna, fashion model Naomi Campbell, fashion designer Jeremy Scott, YouTuber Liza Koshy and actor Jared Leto. Though all are pursuing different careers, these celebrities have one thing in common — they are all passionate about fashion.

The co-chairs of this year’s Met Gala include singer Billie Eilish, actor Timothée Chalamet, tennis player Naomi Osaka and poet laureate Amanda Gorman. All chairs are under the age of 25. Anna Wintour, the editor of Vogue and the head of the Met Gala, is clearly targeting a younger audience for the event this year. Due to the young ages of these chairs and the potential guests, it will not be the sophisticated night of fashion it has always been.

What separates this year from any other is the prospect of placing an overwhelming emphasis on the presence of social media influencers. The up-and-coming young stars, such as Dixie D’Amelio, Addison Rae and Emma Chamberlain, rose quickly into the spotlight and are potentially honored with invites to the Met Gala, according to CR Fashion Book.

The distinction between these social media fashionistas and high fashion Met Gala material is the years of dedication and thought older guests have put into fashion. Red carpet events, fashion shoots and years of experience in the entertainment realm have prepared guests for a night like the Met Gala.

The social media youth lack years of fashion comprehension. This night of glamour should not be about which social media company or star can insert themselves into the most publicized event in the whole fashion world.

This year’s honorary chairs include Anna Wintour, fashion designer Tom Ford and head of Instagram Adam Mosseri. In 2018, Mosseri’s position was once filled by Rihanna, entrepreneur and founder of the brand “SAVAGEXFENTY.” This replacement symbolizes the shift from a self-made fashion icon to fashion faux pas.

Social media moguls are not part of the fashion world. These technology tycoons and the majority of influencers couldn’t tell the difference between an A-line and a hemline even if they tried.

The Met Gala is becoming less about art and more about commercialization. It has lost the luster it once held. The dazzling night of glamour and class could now possibly become a mockery of what it once was.

The Met Gala must retain its heir of exclusivity, consisting of an elite guest list that makes the public wish they were invited. The elegant night of glamour should uphold its original purpose and meaning instead of being an influencer takeover. This distinguished affair is about fashion, not phonies, so in order to sustain this sentiment, keep the influencers on the timeline — not the Met Gala red carpet.

Opinion: The University Must Welcome All Students

Opinion: Cultivate a Community Among Chaos 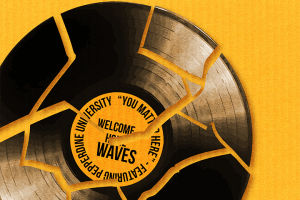 Opinion: The University Must Welcome All Students

Art By Samantha Miller “You Belong Here,” “You Matter Here,” and “You Are Loved Here.” The University decorated...
Copyright 2013 Jupiter Premium Magazine Theme
Back to top