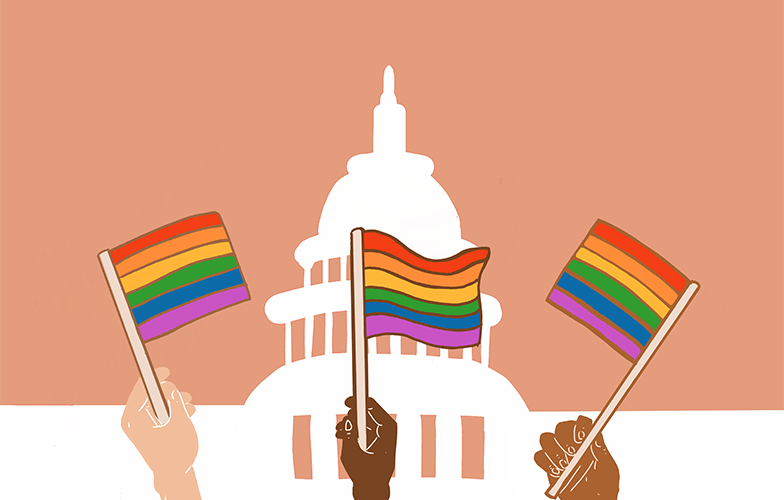 On Feb. 18, the U.S. House of Representatives passed the Equality Act, which would prohibit discrimination on the basis of sex, sexual orientation and gender identity. While the Senate still has to approve it, this bill could change the lives of LGBTQ+ individuals.

Why has it taken so long to obtain protections for LGBTQ+ individuals even though the Obama administration legalized gay marriage in all 50 states in 2015?

It’s mainly due to Republicans who say a bill such as this would restrict religious freedom. But, does religious freedom give someone the ability to discriminate against others just because of their beliefs?

The First Amendment gives American citizens the right to religious freedom, should they want it. However, this amendment also establishes the separation of church and state. This means the government can’t and shouldn’t take a stance promoting a specific religion and its beliefs.

If the Equality Act still allows people to engage in their chosen faith, then there is nothing unconstitutional about it. So, how does this bill go against religious freedom when it only wants to stop discrimination toward LGBTQ+ people?

Well, it doesn’t. This actually is the worst argument against the bill because it’s essentially trying to justify discrimination.

One reason this defense has been used is to justify several immoral and unethical actions like slavery and Jim Crow laws in the United States. Pro-slavery individuals took the literal meaning of the Bible and claimed slaves were part of the religious prophecy given to Noah and African slaves were meant to be Christian servants.

Interpretation of the Bible and any religion can change; therefore, American citizens need a government that sets boundaries on how its followers practice their values outside their place of worship and in the midst of greater society.

Another reason people say The Equality Act is against religious freedoms is so organizations won’t be able to deny LGBTQ+ participation in their business. For example, imagine if Whole Foods Market denied sales to anyone who married someone named Linda on religious grounds.

Yes, it’s a ludicrous idea, but think about it: People can’t choose if the person they love is named Linda, yet according to the religion in the example, it is a choice. So, they bar sales from those who “make that lifestyle choice” to marry someone named Linda.

While that is an exaggerated example, it’s essentially how people use religion to disguise their own bias. If someone participates in a faith that doesn’t accept LGBTQ+ people, that is their business, but once it affects the opportunities of others, then that’s a problem.

For instance, The Equality Act will stop all discrimination from occurring at adoption centers that bar LGBTQ+ parents from adopting or fostering children. Moreover, any place that sells or provides goods can’t discriminate against LGBTQ+ individuals.

Despite this, The Equality Act still has to go through the Senate and there are those who say there is an issue with freedom of religion. Trends show the majority of people in mainstream religions have accepted the LGBTQ+ community, and some religions as a whole have given statements in support, including Catholics, Orthodox Jews and Sunni Muslims.

With the Democrats being the majority in the Senate, there is hope this bill will get pushed through, but that doesn’t mean American citizens shouldn’t push for our elected senators to support the LGBTQ+ community in the United States.

Even though discrimination is a part of the history of the United States, let’s not make it a part of our future.

Opinion: Racial Reconciliation Needs to be a Priority in Christianity 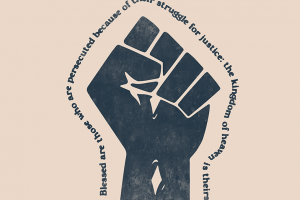 Opinion: Racial Reconciliation Needs to be a Priority in Christianity

Art By Samantha Miller Racial reckoning is a primary component of both 2020 and 2021. Racist attacks against Asian Americans...
Copyright 2013 Jupiter Premium Magazine Theme
Back to top