Opinion: Take Down Monuments to Racism 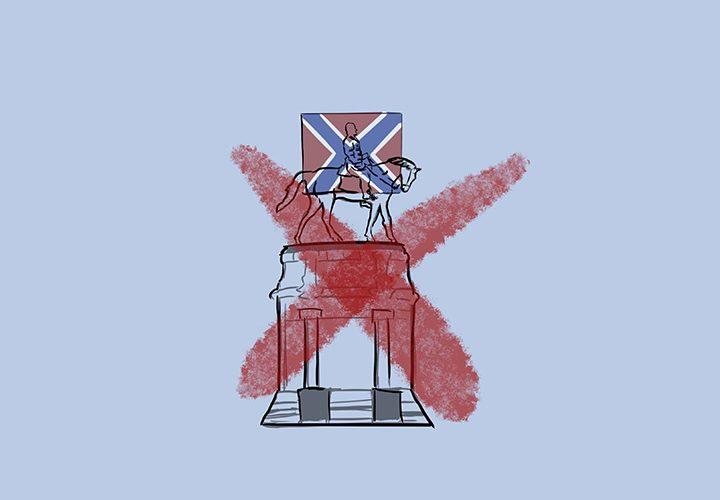 Tearing down Confederate monuments is an important step to publicly reckon with the sin of slavery. Keeping those monuments up is a visual reminder of ongoing white privilege and white supremacy, which need to be destroyed along with the monuments.

Allowing Confederate monuments to stand demonstrates political and moral hypocrisy in a nation that claims to be against slavery and racism. The external symbols of our nation should match the expressed external values of our country.

Let’s contrast the treatment of Confederate monuments in the U.S. with Nazi monuments in Germany, which were all systematically taken down. What does this difference say about how systemic racism is managed differently in the two countries?

While no country is perfect in curbing racism, the German model of addressing racist monuments shows more sensitivity. Letting racist statues stand is a systemic racist macroaggression on the part of state and local governments.

When people claim preserving Confederate monuments is vital to maintaining American Southern history, they gaslight those who the monuments hurt. They imply people who want them taken down are illogical. They minimize the trauma people experience seeing these objects. That behavior is a form of racist microinvalidation. This undermines the history of the Black community’s oppression in America under the yoke of slavery and ignores those who feel triggered seeing public icons of racism that some Americans still respect.

It’s the same attitude as people who insist they have the right to fly the Confederate flag, even though it represents a racist history. The people in power in American regions keeping Confederate monuments up are deliberately making the choice to value the thoughts and feelings of some people over others. They are pandering to those who want to be proud of their southern heritage despite its bigoted history.

Confederate monuments were originally crafted to designate public spaces as white dominated. Constructed during the Jim Crow era, they were used to assert white supremacy.

In the words of civil rights lawyer and social justice activist Bryan Stevenson, “The North won the Civil War, but the South won the narrative war.”

Confederate monuments glorify the narrative behind the Southern lost cause; the monuments tell the story of the Civil War from a white southern Confederate lens paying tribute to Confederate heroes.

These monuments idealize Confederate generals and politicians who were traitors and fought to preserve slavery and destroy the Union. They are monuments paying tribute to men who championed keeping fellow humans in bondage.

That racist behavior should not be honored anywhere. These are not men worthy of being held in reverence in our nation’s monuments. 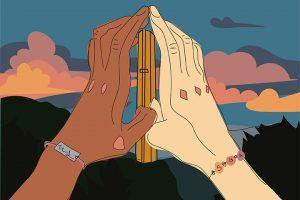 Art by Samantha Miller After the postponement of spring Student Government Association elections due to COVID-19, Instagram,...
Copyright 2013 Jupiter Premium Magazine Theme
Back to top