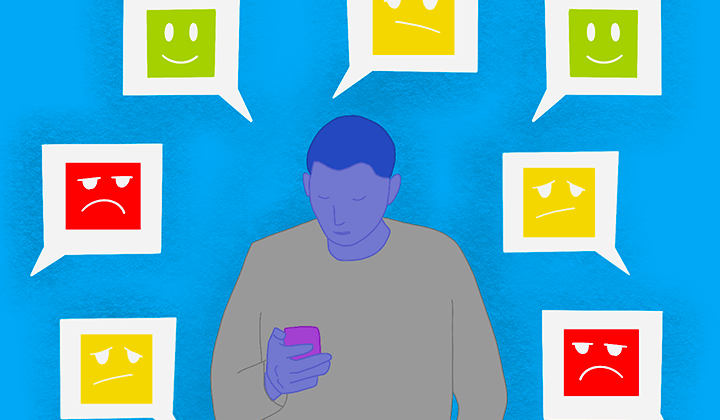 Software engineer John Swapceinski established RateMyProfessors.com in 1999 as a platform for students to anonymously share their experiences with classes and professors.

In theory, this platform benefits students by aiding in their planning of which courses to take — but the reality reveals undertones of sexism and racism toward the professors they rate.

The platform provides reviews of nearly 2 million professors across 7,500 colleges and universities in the United States, according to its website. Ratings are based on three categories: level of difficulty (scale of 1-5), if the student would take the professor again (yes or no), and the overall quality of the professor/course (scale of 1-5).

Site guidelines explain that “reviews should focus specifically on the course and your learning experience. Do not comment on a Professor’s appearance, dress, age, gender or race,” according to RMP.

Moreover, student reviews reveal a particular animosity for the sciences and STEM professors reap the worst of the negative feedback. The same study found that STEM professors have 19% harsher than non-STEM professors — a statistic most adversely affecting women in STEM.

There is already an existing dynamic of discrimination for women professors in general, but it is only amplified if the professor is a woman in STEM. The Pew Research Center found that 50% of women in STEM have faced gender-based discrimination, compared to only 19% of men in STEM.

As Rate My Professors has become an outlet for such amplification, female STEM professors receive disproportionately unfavorable ratings as a result.

The disparities across gender, race and field of study contribute greatly to the inequity in reviews. Both microaggressive and blatantly racist comments are common in reviews on Rate My Professors — particularly critical of Asian-American professors.

A study from Cambridge University Press, titled “She does have an accent but…”, found reviews mentioning accent and last names of Korean and Chinese professors claimed they impeded a student’s ability to understand the material and communicate with the professor.

“Mention of an instructor’s accent is frequently followed by but suggesting that this initial ‘problem’ contrasts with what follows,” according to the study.

Though students have a right to voice their opinions in explaining what did and did not work in a course or with a teaching style, the added factor of anonymity that Rate My Professors provides gives its users the potential to leave reviews that have dangerous, real-life sexist and racist implications.

Rather than leaving a review out of spite and anger, students should more considerably express their concerns with special attention to the language being used.

While the content of the course may be challenging, that circumstance should not be convoluted in misidentifying why it was difficult by means of criticizing a non-Western accent.

An additional confounding caveat to these reviews is how far they can date back. Professors who have taught for years may have student reviews on their Rate My Professors page from a decade ago.

This isn’t fair to professors — as both educators and as humans — because individual growth and development of teaching styles and personalities can evolve and change over time. In other words, the poor reviews students left from years ago may not be reflective of how the professor teaches the course today.

Commenting on traits that professors can’t control, like their accent, is harmful and revealing of a much larger issue concerning the subconscious racism held in Western society.

The intention behind the review may not be to imply undertones of sexism or racism intertwined with honesty, but the way it is received matters more than the intention.

Though malevolence is seldom intentional in critiquing a professor’s accent, a student who does so is subconsciously succumbing to the concept of accent bias — the prejudice held toward an individual or group based on the sound of their speech, according to a study from the University of Chicago Press.

Not everyone’s experience in a class or with a certain professor are identical and such anonymous commentary should not dictate a professor’s entire teaching ability or otherwise. Yet, the harsher truth is the problematic grievances entangled in the web of sexism and racism students have woven about professors.

Just as anything else on the internet, professor reviews should be taken with a grain of salt.