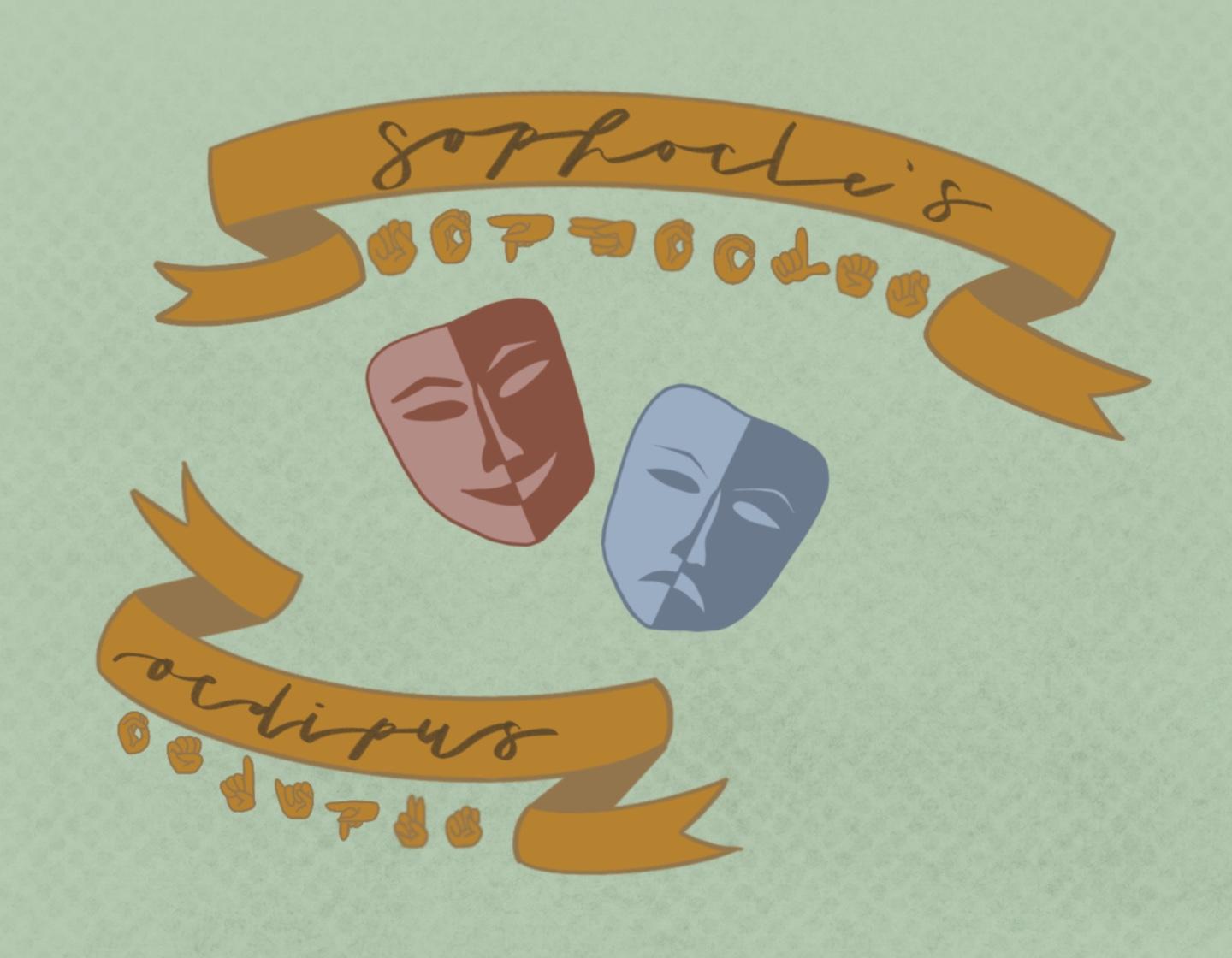 The show took place in an open-air stage and resembled an ancient Greek theatre — one where “Oedipus Rex” may have been performed originally, around 400 B.C.E., according to Ancient Literature.

“Oedipus Rex,” also known as “Oedipus the King,” is a Greek tragedy in which Oedipus is the ruler of the land of Thebes. When a plague terrorizes the kingdom, Oedipus must destroy the one who provoked this disease to restore peace and health back to his people.

Jenny Koons directed the play. She has also been involved in performances such as “Head Over Heels” and “Hurricane Diana” in and around the L.A. area.

Actors signed the dialogue in American Sign Language and interpreters translated in English throughout the performance.

The strong relationships within the cast enhanced the effectiveness of the play. Both throughout the play and during the audience Q&A after, it is was evident the cast has spent time and effort curating these relationships among themselves.

As an audience member, this added a profound theme to the play— friendship.

“You could tell how in sync the actors were with each other,” first-year Lauren Thomas said.

In the opening scene, smoke arose from both sides of the stage. The smell of rosemary filled the air around the theater, along with a slight mist. The play transported me to ancient Greece, where they would burn incense, as they believed smoke fed the gods, according to Learn Religions.

The stage itself was beautiful and a wonderful depiction of a palace in ancient Greece — one in which Oedipus the king and his family may have resided.

The actors entered the set from behind the audience, walking down the aisle parallel to the seats.

The music immediately started off as dramatic and intense, which kept me invested in what move the actors were going to make next.

The script incorporated humor into the play, which I greatly appreciated. As intense as this drama was, it was nice to have certain moments that lightened the mood to ease tension the thriller brought to the audience.

The entire cast was overtly expressive in body language, facial expressions and movements across the stage when embodying their character. Despite already having read the play, I was still curious about each and every scene. Even when the plot twist occurred, I gasped and felt shocked at how well the cast was acting.

Actor Russel Harvard, who played Oedipus, and Actress Ashlea Hayes who played Tiresias, were absolutely remarkable with the portrayal of their given character. These two actors seized my attention perhaps the most.

Their raw emotion and powerful stance on the stage was unforgettable. Both of their facial expressions were vividly dramatic in their own ways, and I was enthralled by their performances.

As I reflect on my experience watching “Oedipus Rex,” my admiration for the play grows even larger. This is certainly a newly-formed core memory of mine.