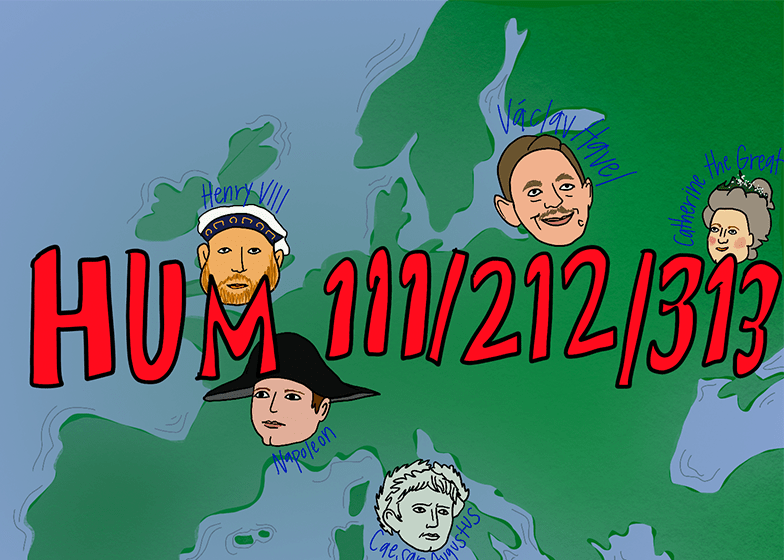 Not only does Pepperdine require more general education classes than most schools, but the unnecessary inclusion of three mandated sequential Humanities courses in the curriculum is also absurd. The curriculum should be amended to replace Humanities with more culturally inclusive and diverse classes.

Seaver College and Associate Dean of Curriculum and General Education Paul Begin have been working since 2019 on addressing the general education plan with hopes of growing cultural awareness.

The three required Christianity & Culture classes in the general education curriculum at a Christian university are not the issue. Humanities courses are not integral to Pepperdine’s Christian identity the way religion is. So, why must students take three classes of it?

Humanities courses often overlap what is taught in religion courses, as students learn how religion influences western art, literature and society. The problem is that they undeniably teach history through a white man’s lens, illustrating art and literature overwhelmingly produced by white people.

“The student who completes the World Civilizations GE will be able to demonstrate an open-mindedness and empathy toward global communities and through a transformed awareness of self and through a knowledge of cultures outside the West,” according to the General Education Program Learning Outcomes.

Pepperdine stating that it’s a school that “celebrates diversity” seems disingenuous when all students must take three classes that teach a narrow, non-diverse perspective of western culture. The lack of cultural inclusivity in Humanities classes is a reason to omit them from Pepperdine’s curriculum entirely.

A 2011 study from the American Council of Trustees and Alumni evaluated the general education plans at 718 colleges across the country, including both public and private institutions. The study assigned a grade to every school based on how many of the seven core subjects are requirements in a student’s time at the university — an A grade entailing a required 6 to 7, a B grade of 4 to 5 courses and so forth. The more general education classes required, the higher grade received.

What the survey didn’t take into account was the general education requirements exclusive to religious universities as Pepperdine requires nine Christianity & Culture units. Though these units are not mandatory at public institutions, faith and religion are foundational to Pepperdine’s identity.

Only 17% of colleges in the United States today require Western Civilization, also known as Humanities courses, according to Forbes. Former President of the American Historical Association and History Professor at Princeton University Anthony Grafton said Western Civilization courses were more timely for students in the 1960s but are not of the same interest to students today, according to Inside Higher Ed.

If Pepperdine insists on requiring students to take Humanities courses, there should only be one. Students are paying thousands of dollars to take three repetitive and unnecessary Humanities classes that take time away from their major-specific and more diverse classes.

Though entirely omitting the three required Humanities courses from the general education curriculum would be additionally beneficial in easing the workload of students by nine units, the option of providing a broader range of courses like African-American Studies and Women’s Studies that teach different cultures and histories would also be a beneficial option.

The lack of diversity characteristic of Humanities courses is outdated and tone-deaf in the context of more important subjects that could be taught instead.

Pepperdine’s official Statement on Diversity explains that “Our faith cherishes the sacred dignity of every human being and celebrates diversity as a true representation of God’s love and creative expression.”

Claims of diversity shouldn’t be made when the only mandated courses don’t reflect the messages of cultural inclusivity they’re sending. If those nine units are necessary to the curriculum’s composition, Humanities courses should instead be replaced with ethnic studies courses to promote a more academically reflective view of Pepperdine’s alleged stance on diversity.