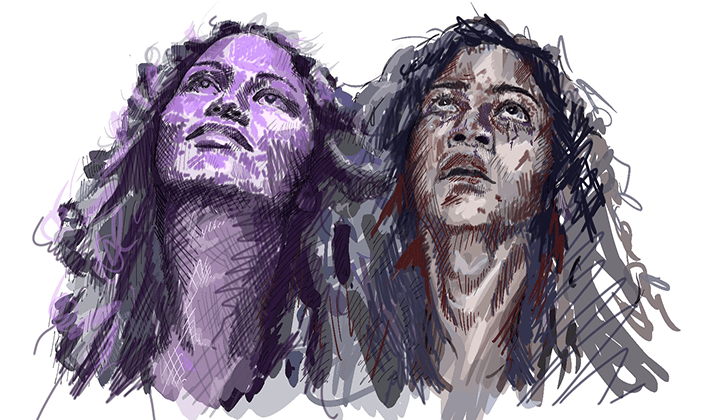 The phenomenal HBO series “Euphoria” has made it to the mainstream media — but it’s been out since 2019, so can it really be that niche? Everyone is watching it now, and with the help of TikTok, the show’s popularity has exploded since the season two premiere in January.

Despite premiering in the summer of 2019 and ending its pilot season in August, the show was on track to start filming season two in early 2020. Unfortunately, like most things, the COVID-19 pandemic halted filming and the HBO hit paused production.

With the premiere of “Euphoria’s” newest season, the show’s fanbase is once again revived, and viewers can fall in love with the show all over again.

Fans waited years to see Rue and Jules’ storyline set behind a new backdrop, and thanks to “Euphoria’s” writer, director and producer Sam Levinson, the pandemic birthed two special episodes to tide viewers over. Making every effort to continue “Rules'” narrative, the episodes were titled “Rue” and “Jules” respectively — released in December 2020 and January 2021 — closing the gap between the first season and bridging it to the next.

Different from the first season’s initial glittery glamorization of teenage living, season two zeroes in on the raw underlying issues introduced in season one. Attributing credit where credit is due, Sam Levinson perfectly lined up “Euphoria’s” storyline to make a seamless transition to season two, even considering a two-year COVID-19 hiatus.

Each of these special episodes offers a deeper look into the psyche of Rue and Jules. It’s not super exciting. But it humanizes these fictional characters, encouraging viewers to root for them, to sympathize with them and to get disappointed in them.

The first season of “Euphoria” was incredibly well-loved among Gen Z, leading viewers to have high expectations for the newest season. Though the second time around, the show just headed in a different direction than what many fans expected.

During the first season, there was beauty in “Euphoria’s” cinematography, which is then complicated by the show’s mature nature. While season one’s story progressed at a pace that left viewers wanting more, the second season dragged fans to every weird corner Sam Levinson took them to.

This is where conflict arises because “Euphoria” is not a bad show, as proven by the series’ recent approval for season three. It’s a fan favorite for a reason, with many relating to the show and its contents. Though it’s also understandable that some viewers find the show’s portrayal of the teen experience to be unrealistic. However, the show has roots in the creator’s real-life struggles with addiction and depression, and is thus plausible.

Sure, it doesn’t reflect everyone’s story. It’s gritty, dark and hard to watch at times. Yet there are people who live the lives seen on screen everyday, and don’t have the privilege of just turning it off when they don’t want to deal with it any more. They live with it; and so, while “Euphoria” is not for everyone, it’s for those who can relate, or who can appreciate the style of the show.

The show is curated for a mature audience, but high school can get as intense as the show depicts. Maybe it exaggerates it, but nonetheless, it can get pretty bad pretty fast for some people. You just never see them on screen — until now.