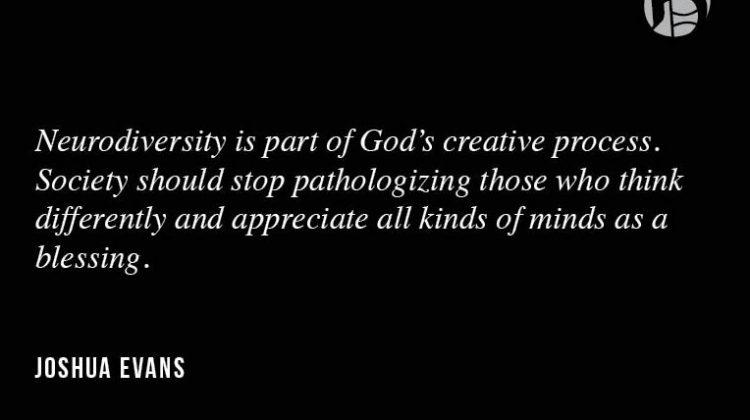 Diversity is a discussion in and outside the classroom. Topics such as racial diversity, cultural diversity and linguistic diversity are all popular topics, but a subject less talked about is how neurodiversity affects students at Pepperdine.

Neurodiversity is the concept that the human brain has normal variations and not all minds are the same. These differences are natural parts of human diversity and should be appreciated as such.

Sociologist Judy Singer — who is herself autistic — coined the term neurodiversity in the late ’90s because she was dismayed at how the pathology paradigm misrepresented autism.

The pathology paradigm defines some minds as “normal” and others as mentally disordered and flawed. Seeking to embrace these differences in human experiences, Singer and other activists started a movement to directly challenge the notion that brain diversity neurotypes like autism, dyslexia and ADHD were inferior.

When describing certain variations in neurotypes, the word disorder frequently follows them. This inherently creates stigma, and shows a lack of respect for human diversity. Pathologizing certain people’s neurotypes because they are more challenged in aspects of the contemporary world is ableism.

Some types of disabilities mainstream culture frames as such because of the way society is set up to favor certain types of people and groups over others. If schools offered unlimited testing time people could read and answer questions at their own processing speeds and less people would be labeled as learning disabled for not answering questions fast.

A child who has high energy, feels more comfortable learning while moving and thrives in less structured environments might not be well-suited to sit in a classroom chair for hours. That kid might get out of their seat frequently, be labeled as impulsive by teachers and be diagnosed with Attention Deficit Hyperactivity Disorder (ADHD).

People labeled with ADHD are frequently creative and have high energy levels. In places where creativity, speed and noticing environmental changes quickly and reacting accordingly is an evolutionary advantage, this neurotype naturally thrives.

Examples of well-known celebrities who have publicly disclosed their ADHD diagnosis are: athletes Simone Biles and Michael Phelps, musical artists Adam Levine and Justin Timberlake, and actor Woody Harrelson. Phelps’ mom credited his ADHD with making him a better athlete.

Similarly, autistic people find their neurotype framed as a disorder despite some people seeing autism as a potential strength in its enhancement of divergent thinking. Many successful scientists, computer programmers, actors and filmmakers have this neurotype which enhances out-of-the-box thinking. Leaders of technology industries, like Elon Musk, are also among those who identify as being on the autistic spectrum.

Dyslexia is also pathologized in traditional psychology despite that neurotype being correlated with highly creative thinkers and artistic gifts. Dyslexics have more difficulty learning to read and, even in adulthood, reading written texts often takes dyslexic people more time because they tend to be careful readers.

Yet along with a less hurried reading pattern – dyslexia often comes with a passion for working with words, images and metaphors. Some famous writers are dyslexic.

However, the career success of many neurodivergent people should not supersede the prior struggles many of these same people encountered navigating a school system which was not ideally built for their neurotypes. Issues like not having enough testing time because their brain processes differently than neurotypical expectations is a common issue for neurodivergent people.

The Office of Student Accessibility organizes accommodations like extra testing time for students with psychological documentation of some types of neurodivergence. But not all Pepperdine neurodivergent students received formal psychological assessment before arriving at university.

Staff at OSA are available to give guidance to neurodivergent students who already realize their cognitive diversity and to those in the process of learning they may be neurodivergent.

“Our neurodivergent students add depth and creative approaches to everything they do,” wrote Sandra Harrison, executive director of Pepperdine’s OSA in a Feb. 2 email to the Graphic. “Our classrooms are better with their presence.”

To increase opportunities for neurodiverse students to meet and share their lived experiences with one another outside of classes Pepperdine students created the Neurodiversity Student Association.

“We hope this association will give those who are neurodiverse a caring community, help create friendships and a place of belonging,” said first year Joshua Pitney, co-president of the Neurodiversity Student Association.

Pitney also quoted Galatians 3:28 and stressed the intersectionality of this new student organization and that all are welcome in this inclusive student group including allies.

“Hopefully this organization will help neurodiverse people realize they are not alone, and they all belong in the world,” Pitney said.

The Pepperdine Neurodiversity Student Association is an inclusive supportive space for neurodivergent discussion, support, advocacy, fellowship and friendship. The club meets every Sunday night on Zoom at 7:30 p.m.

“We are all equal as creations of God,” Pitney said.

Neurodiversity is part of God’s creative process. Society should stop pathologizing those who think differently and appreciate all kinds of minds as a blessing.

Choosing accessibility means choosing inclusion and supporting those people who have been marginalized by society. It means choosing to love God’s creation because of its differences, not in spite of them.

Hope Lockwood contributed to this writing of this piece.