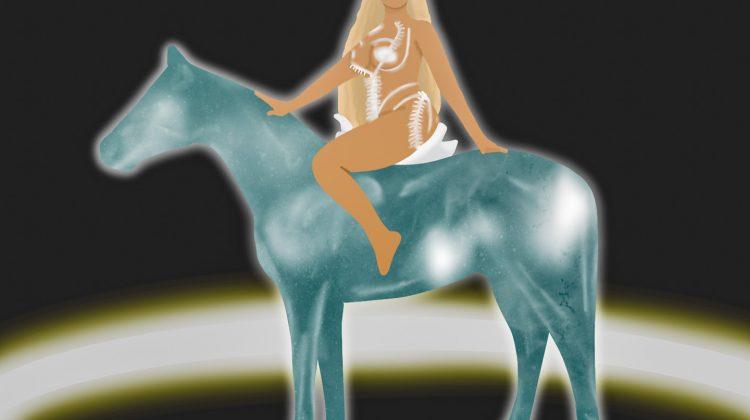 “The Queen” artistically blends classic and modern genres like R&B, trap, Afro-beats, disco, funk and house to truly sculpt a masterful album that does the title justice. “Renaissance” is a symbol of the revival of the past to push the future of music further.

This record is eclectic and pure dance with the fullest intention to “bring the life” within our bodies as she ends with in her track “CHURCH GIRL.” Overall, this album showcases Bey at the height of her reign.

Beyoncé opens the record with “I’M THAT GIRL,” which was a tasteful introduction for the freshly 41-year-old icon. This track is a slow burn that eases into pure confidence layered in a sample that repeats, “these motherf—ers ain’t stopping me.” Where Queen Bey opened her previous albums with bubbly-radio-appropriate-pop or slow ballad beats, she came into the studio unstoppable and prepared to create a masterpiece.

The track that deserves significant spotlight, “ALIEN SUPERSTAR,” features a more unique sound for Beyoncé that leaves me at a loss for words. The vocal layering and outrageous lyricism makes Beyoncé’s personality shine in this song. Yet, “Renaissance” is only shifting into groove.

“CUFF IT” is disco funk galore, articulating what a glorious dance party feels like. This song effortlessly transitions into a blend of Afro-funk in “ENERGY” that abruptly teleports you into the Queen’s eighth number one song, “BREAK MY SOUL.”

This track of piano and synth-heavy ecstasy puts self-love at the focal point and calls on us to release the love; a message that Beyoncé is no stranger to. Yet, what makes these tracks and the album so incomparable is how new of a sound this is for an artist like Bey. Dance is coming back, and she is leading that narrative forward.

Beyoncé falls into a sultry R&B tune with “PLASTIC OFF THE SOFA.” Her sensuality graces us with a backdrop of funk and a blissful bass that caresses our ears. The track transitions into another where the disco dance has no end with “VIRGO’S GROOVE” — a song that is nothing short of a euphoric ride.

Afro-beats clear the air of disco with “MOVE.” This song slides into an impressive change as The Queen begins to feel herself a little more, igniting into a fiery dance as she bridges the immaculate track with, “Find me, I don’t need to call him … Give me a little fire / Give me a little flame, yeah.” Take notes, this is Beyoncé becoming an Afro-beat dance legend.

“PURE/HONEY” is a track that introduces us to Beyoncé’s Ballroom, since “HEATED” was thankfully not enough. The track rapidly shifts from dark and restrained “PURE” to a flowery elegant soul ride “HONEY” that ends with a brilliant sample from the late, great drag queen Moi Renee.

“SUMMER RENAISSANCE” is the perfect way to end a love letter to the past and truly rings in a renaissance of great music going forward. The vocal sample from the late Donna Summer sounds spine-tingling and triumphant as she flutters away off-key into the song. The mellow synths also disappear, leaving you begging for more dance, but completely satisfied with the electric bounce that is “Renaissance” — but, if you are anything like me, you would start the album again.

Beyoncé, with the help from a team of fantastic artists, created nothing less than a masterpiece for the masses. The multidimensional expression of genre and musical sound are thoroughly investigated in each of the 16 tracks.

This is Bey at her best. Twenty-five years into her career, she created her magnum opus — saying it was simply unique is almost an understatement. It was ultimately a true revival of sound, since disco and house was so heavily infused within each track.

The album serves as an ultimate acknowledgment of the past. Beyoncé showed us the groove she has learned from music’s history through “Renaissance,” which can now be introduced as a spectacular musical release that will keep us dancing for years to come.