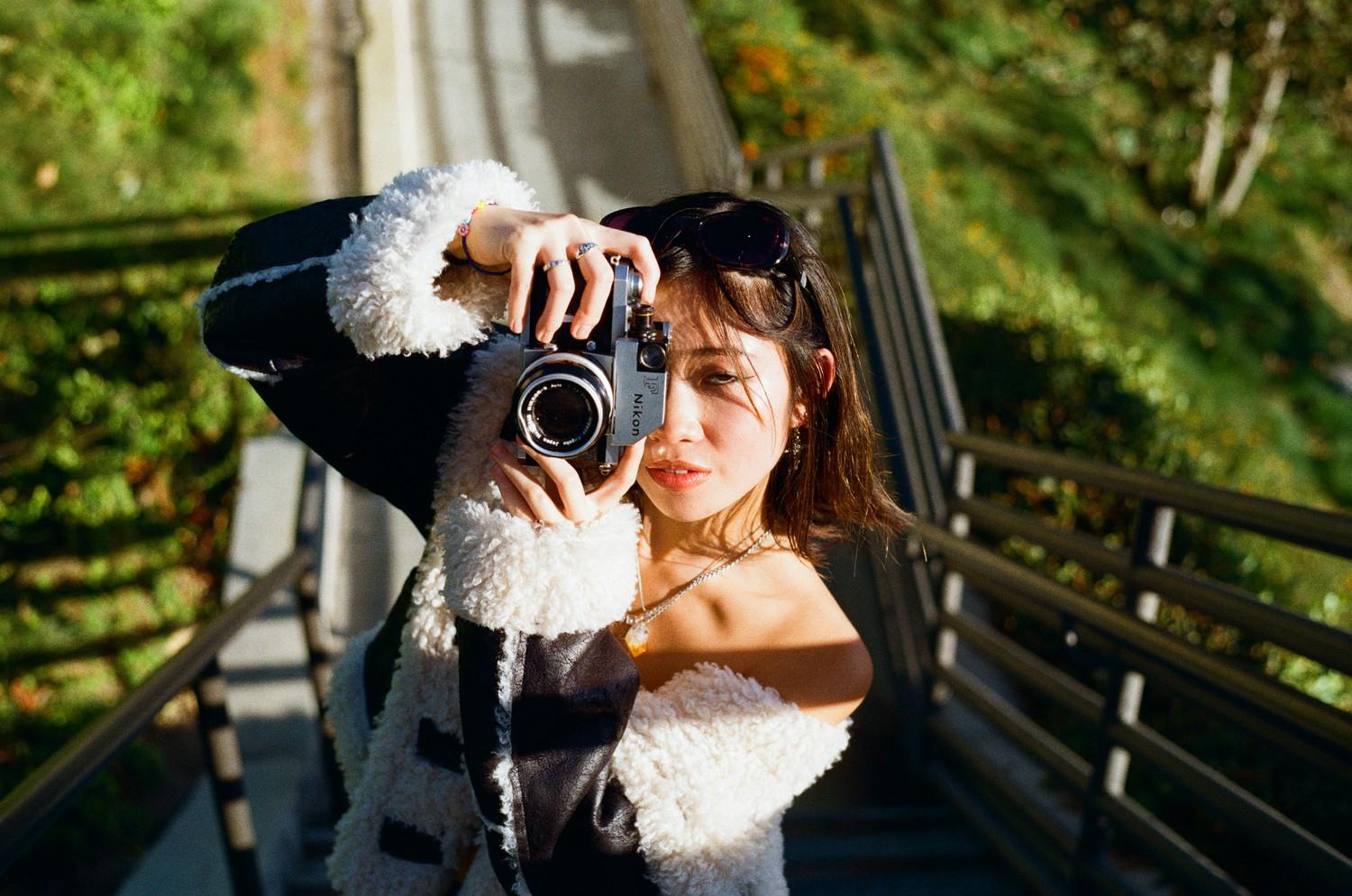 When I finish the roll, then the waiting begins. The photos will be ready in five to seven business days — maybe less if the developer is cool. In those five to seven days, there’s a lot of time to wonder if I accidentally exposed the film, or if my focus was sharp enough to capture the moment. There’s also room to completely forget exactly what I shot, and there is a happy surprise when the photos come back.

Or — the significantly more tragic side of the coin — something happened, and no photos come back at all.

“All my pictures are of other people, which I absolutely love,” said sophomore Ella Coates, a former Graphic staff photographer. “And so it’s really so sad whenever a roll doesn’t come back or like, it breaks because I don’t get to see all my friends and all these happy moments that I captured.”

Yet, somehow, even through all of the out-of-focus results, the rolls lost to sunlight, and the photos so dark I genuinely have no idea where I was pointing the camera in the first place, I am simply in love with shooting 35 mm film. And I am not alone.

Shooting film is on the rise among young people especially. According to an October 2022 segment from NBC News — which was shot on 8 mm cinema film for the first time since the ‘80s — “film is a chance to slow down,” and shooting it is “magical” and “never stops being exciting.”

The appeal of film

Coates and I are on the same page. I started shooting film in 2019 with disposable cameras, then, later that year, upgraded to my first Single-Lens Reflex Camera — a Konica Autoreflex A that I scored for $10. Despite the hundreds of dollars I have spent on film and development since then and the countless failures I’ve had, I am emotionally attached to my film photos in a way I can’t describe.

But the appeal of shooting film may actually have a more scientific explanation, said Greg Montano, a fellow 35 mm film enthusiast and owner of Dexter’s Camera in Ventura, California. 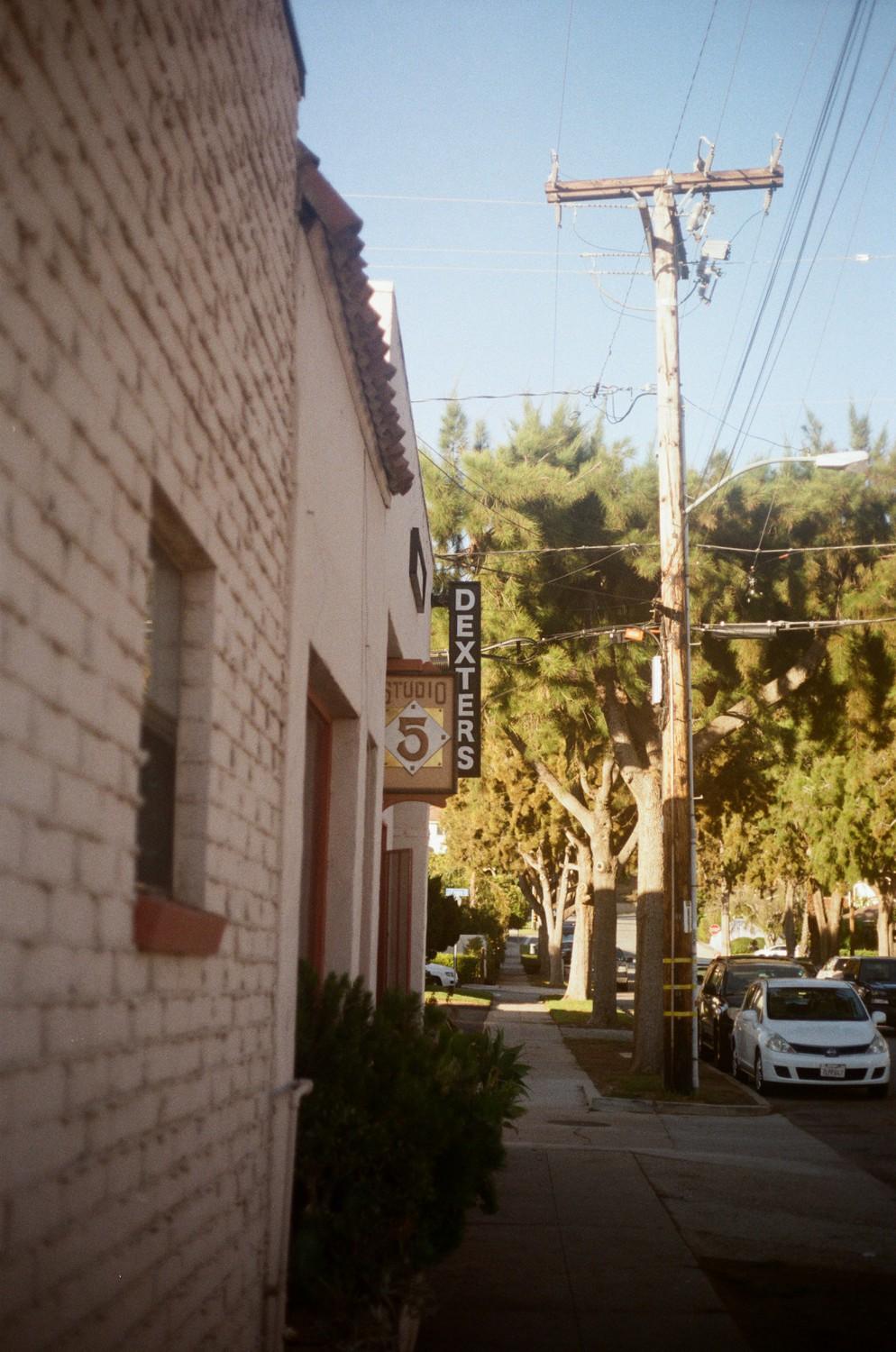 The grain in 35 mm film is circular, Montano said, while pixels in a digital photo are squares. Like atoms, planets and water droplets, most natural elements occur in spheres or circles.

“What naturally occurs as a rectangle? Like, salt crystals?” Montano said, laughing. “There is just a smoothness to the grain [in film], and that’s why people, inherently, even if they are not trained and they don’t know, will still gravitate toward a film picture regardless.”

For sophomore Charis Cheung, there is just something special about the way a film camera can capture a moment.

“The essence of film describes how I want to portray a photo better than any digital camera could do,” she said.

Cheung said a huge part of film photography’s appeal is the delayed gratification that comes being unable to see a photo as soon as she takes it, and Montano echoed that sentiment.

“I like that I take a picture, and that’s it,” Montano said. “If I shoot [on] my phone, I’m gonna want to like, edit it, upload it, comment on it. And it’s crazy because I have never treated my film like that.”

Coates said she thinks the inability to immediately judge the photos is one of the unique perks of shooting on film.

“You can’t look back at the pictures and retake them to make yourself look better, make your friends look better in these different ways,” Coates said. “And so you have to really be present in the moment with what you’re shooting.”

Dexter’s Camera prides itself on being the “$5 developer” and will develop, scan and print photos for a total of $15.

They receive between 100 and 200 rolls of film per day, Dexter’s employee Geoff Browne said.

There has been a gradual increase since California’s first quarantine in 2020. Montano and Browne both agreed that many people who are now film connoisseurs first picked up a film camera when they were bored at home.

“I feel like, ever since COVID, I’ve seen a lot more people shooting film because it was almost this new project,” Browne said. “People had a lot of free time and a lot of downtime to tackle something new.” 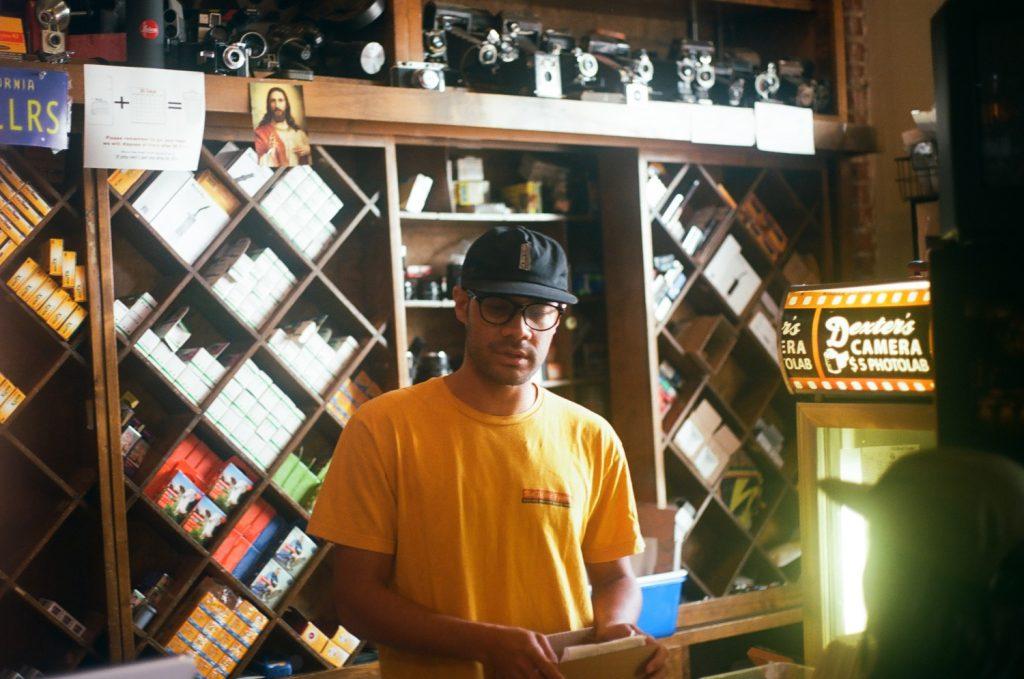 Cheung started shooting on disposable cameras in 2019, and, in 2021, her dad gifted her first point-and-shoot film camera: a Ricoh FF-10S. She said she believes the look and feel of film is something worth paying for.

“The colors that film creates can never fully be replicated through editing,” Cheung said. “So I think investing in film is so worth it. It’s a hassle but also something new to our generation and different.”

She said she started shooting film in 2020, at the start of her senior year of high school. As a working photographer who shoots weddings and portraits digitally, film brought something exciting to the table for Coates.

“My outlet is film because that’s something that I wouldn’t necessarily use for a photo shoot,” she said. “It’s just a fun way to do something I love without it being stressful.”

For those just starting out with film, Cheung, Browne and Montano all suggested people start with a single-use disposable camera and work their way up to a more manual camera, which is harder to use but reloadable.

“Film is a bigger investment, so starting off with a short-term camera will get you more comfortable with how film kind of works,” Cheung said. “Film is not for everyone, so using a disposable camera is a good way to test it out, and, if you do end up liking it, I would say to get a point-and-shoot.”

Once a photographer is more comfortable with film and all of the manual features that come with an older camera, film photography becomes like an art — a collaborative effort between the photographer and the developer.

As a novice film photographer, I often shot my rolls on the wrong camera settings. Luckily, I learned that developers can make gentle tweaks during the development process to save photos that may not have turned out otherwise — creating a very special end product.

Film is so special, in fact, that more movies have started shooting on film, such as Steven Spielberg’s “Westside Story” and Luca Guadagnino’s “Call Me by Your Name.“

“Recently, I have seen a lot of commercial stuff moving toward film again, and it seems like people are really starting to like that look,” Browne said. “They could easily have a digital camera that can shoot as many photos as they want, but, again, it’s that look that they are going for, which is cool to see coming back.”