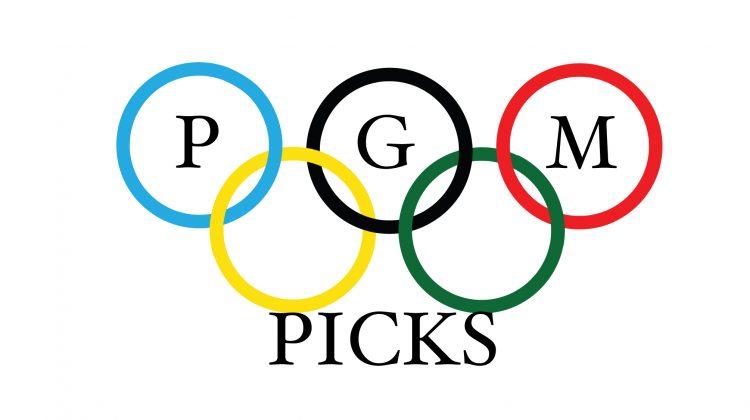 The sun is shining, the snow is falling — well, not in Malibu, but it’s probably falling somewhere — and the Olympic flame is burning. It’s time for the 2022 Winter Olympics.

The Olympics will run Feb. 4-20, in Beijing, China. The games are occurring a mere six months after the summer games, which the IOC delayed for one year due to COVID-19. Filled with newcomers and veterans, it promises to be an event worth watching.

And what does Graphic’s sports desk like more than watching sports? Giving their expert opinion on said sports. In this case, Sports Editor Sam Torre, Assistant Editor Jerry Jiang and Staff Writers Alec Matulka, Austin LeDe’ and Joe Heinemann explain which countries and events to watch going into the 2022 Winter Olympics.

I’m casting my eye toward the hosts of the most recent Olympic Games: Japan. Japan puts up an impressive showing at the winter games, being the only non-European country to win an Olympic medal in ski-jumping since the U.S. in 1924. Names to watch include Ayumu Hirano on the half-pipe for snowboarding and Nao Kodiara in the 500-meter speed skating. My main reason for choosing Japan, however, comes down to one sport:

And in terms of figure skating, Japan’s no slouch. Yuzuru Hanyu took home gold the last two Olympic Gmes, and in this game he’s attempting a feat never before accomplished on competitive ice: the quadruple axel. Regardless of whether or not Hanyu takes home a third gold — being the first man since the 1920s to do so — he’ll be making history.

My pick for the country to get the most medals in the 2022 Winter Olympics is the U.S. Simply put, they’re deep. Like ridiculously deep. Looking up and down the rosters of every competition, you’d see familiar faces everywhere.

Mikaela Shiffrin is an experienced Olympian and has put together an impressive resume at only age 26. On the men’s side, Ryan Cochran-Siegle, one of the top skiers in the downhill event, will be a name to watch. Since the Americans finished fourth at the Pyeong Cheng games, look for them to bounce back with a fiery spirit and loaded rosters all across the board.

I’m a simple man. My attention goes right to the ice. Or, more specifically, to the stones that will be slid down that ice onto colorfully painted targets. That’s right, I’m talking about curling, the most under-appreciated sport in the world. Do I understand all the rules? Of course not. Does that stop me from enjoying the spectacle? Not one bit.

There’s a number of storylines in the curling world surrounding this rendition of the winter games. As fans of curling will know, the U.S. men’s team took home the gold medal in South Korea in 2018. American skip John Shuster led his rag-tag group of rebels and took down the Empire — the Empire being Sweden — to win the second ever medal for U.S. curling, the lone other being a bronze in 2006. They called it the “Miracurl on Ice,” and it was a sight to behold.

In any case, I won’t be rooting for the U.S this time around; I’m going over to the dark side. I’m rooting for the most underrated, under-respected athlete of this generation: Johan Niklas Edin. The Swedish skip has led his team to a historic five Curling World Championship medals, and is, in my mind, the undisputed GOAT of curling. But he has yet to claim a gold medal at the Olympics. It’s a medal he and the Swedish team deserve, and one I will be all too happy to see them receive as they stand atop the podium in Beijing.

I really only chose Germany because I am going abroad next year to Heidelberg, Germany and I want them to do good in the Olympics. I think they are good at skiing, so I hope they do good in that and snowboarding.

I’m backing South Korea for the 2022 Winter Olympics. The country has 64 athletes competing in 13 sports compared to the last 2018 Olympic Games, in which they had 122 athletes in 15 sports. I’m picking South Korea because they’re an exciting smaller country with lots of potential to top the 17 medals that they won last year.

I’m most excited to watch the country compete in curling, figure skating, and snowboarding. One Korean athlete to look out for is Cha Jun-hwan, who just pulled off a fantastic victory at the 2022 Four Continents Championship in figure skating. South Korea’s first competition is Feb. 10, in which the famous Women’s Curling team will match up against the competitive Canadian squad.

How to Watch the Olympics

Readers with a burning desire to see who is ultimately correct, or who just want to watch the games, can view events live on NBC and Peacock.