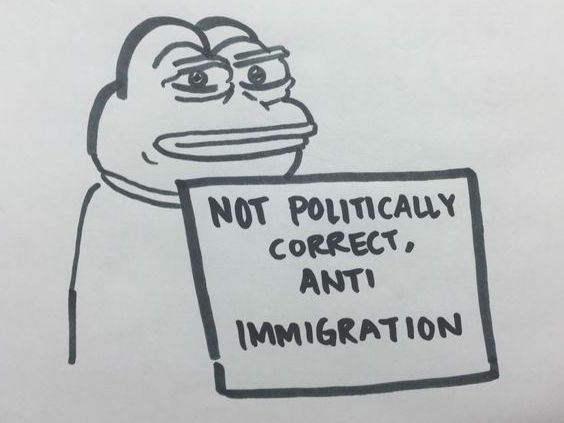 The Alternative Right Movement was born out of the internet only in the past year or so. Using online message boards to communicate with one another, these mostly young, White men, through memes and other methods, champion their platform: anti-multiculturalism, anti-immigration, anti-feminism and, perhaps more than anything else, anti-political correctness. In short, their platform seeks to destroy anything that undermines the interests of the “White tribe.”

Unfortunately for the Alt-Right, whose self-proclaimed leader Milo Yiannapolous posits as new, exciting and certainly jarring is, at its heart, nothing more than a rehashing of age-old ideas about race. Masked under racist memes and the ostensible aim to destroy political correctness, both of which are born out of the twenty-first century, the Alt-Right has more in common with the Neo-Nazi British skinheads in the 1980s and, perhaps most damning, Social Darwinism. It is nothing new.

Social Darwinism burst onto the scientific scene in the late nineteenth-century in the wake of Charles Darwin’s “On the Origin of Species” (1859) and European imperialism. Taking Darwin’s description of natural selection and particularly his phrase, “survival of the fittest,” those who first coined Social Darwinism applied these theories to human society. Along with plants and animals, humans too competed for survival in a world with limited resources, with the strongest surviving and the weakest falling by the wayside.

Almost as soon as it was coined, the term had racist implications, scientifically “proving” that race determined behavior, mental capacity, and physical prowess. This is evidenced by late nineteenth-century illustrations comparing the skull of an ancient Greek man, the skull of an African man, and the skull of a chimpanzee.

Even more appalling than this, however, is that these ideas are still very much alive today. In the Alt-Right manifesto published on the questionable Breitbart News page in march of this year, Yiannapolous commends his comrades’ bravery in their work on “human biodiversity.” This term is Social Darwinism wrapped in euphemism. Yiannapolous writes, “Steve Sailer, [an Alt-Right blogger] meanwhile, helped spark the ‘human biodiversity’ movement, a group of bloggers and researchers who strode eagerly into the minefield of scientific race differences.”

However, the Alt-Right does not always speak in abstracts. They bring their Social Darwinist tendencies into action — just ask Leslie Jones. Yiannapolous, as well as several of his most loyal dogs, were recently banned from Twitter for bombarding the “Saturday Night Live” cast member and star of the all-female reboot of “Ghostbusters” that arrived in theaters this past summer with racist abuse. Alt-Righters subjected Jones, an African-American woman, to threats and attacks, posting pictures that compared, side-by-side, her profile to that of a gorilla’s. Sound familiar?

The fact that this article exists will, according to Yiannapolous, prove the Alt-Right’s “cultural punch” as he terms it in his manifesto. The Alt-Right is the twenty-first-century resurrection of Social Darwinism, and it has already reared its ugly head. It is racist trash that is not creative, new or anything close to clever. It takes ideas from a time that encouraged Jim Crow laws for the greater good, deemed it appropriate to use rulers to measure the skulls of Africans, saw it as beneficial for Africans that their continent was divided among European nations, and used scientific impartiality to justify atrocities committed in the name of God. This is the crowd that Republican presidential nominee Donald Trump has absorbed into his ranks.

There is a glimmer of hope, however. Extensive online literature published by the United Nations Educational, Scientific, and Cultural Organization (UNESCO), the Southern Poverty Law Center and the No Hate Speech Movement exists to accurately define hate speech and offer remedies. It is upon everyone to keep each other in check. 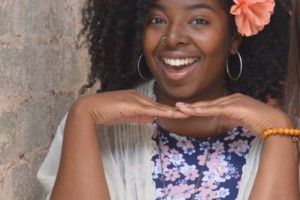 Photo Courtesy of Akerra Tarver“Before going abroad, I remember one of my mentors at church sending me off, telling...
Copyright 2013 Jupiter Premium Magazine Theme
Back to top