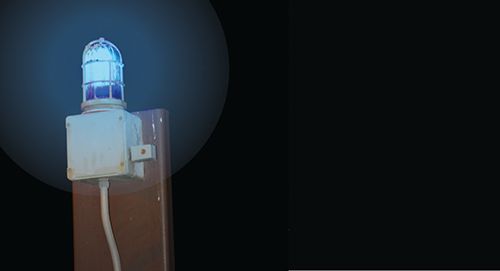 A week ago, President Barack Obama created a special task force intended to protect students from sexual assault on college campuses, as well as to increase federal oversight.

The task force has 90 days to come up with recommendations on how to prevent and respond to sexual assault cases.

According to the 2012 Clery Act, which requires colleges and universities to disclose information about crime on campus, Pepperdine’s Malibu campus had three counts of forcible sex offenses in 2012. The statistics for 2013 will be published in October.

As defined in the student handbook, sexual assault covers a broad range of inappropriate conduct including rape, sexual battery, coercion or any other nonconsensual sexual acts.

“We’re always encouraging our community to be aware of putting themselves in situations where they could be vulnerable to an attack,” Deputy Director of Public Safety Dawn Emerich said. As for sexual assault cases on campus, Emerich mentioned she is not aware of any stranger rape where someone has “jumped out of the shadows at somebody.”

The aforementioned scenario might resonate with the Pepperdine community in the form of the Hank Lee and Isaac Yasharai cases. In 2012, Lee chased and harassed female students on Res Road while Yasharai groped a female student near the Terrace parking lot.

Emerich said that in situations in which students have “something happen to them that wasn’t part of their plan,” DPS tries to help out by working alongside the affected student and the Counseling Center.

“Every time a situation like that is brought to our attention we address it thoroughly and to the best of our abilities,” Emerich said.

According to Dean of Students Mark Davis, the Student of Concern Committee convenes in the event of sexual assault.

The committee includes representatives from the Counseling Center and Public Safety. The protocol first reviews the needs of a victim, with some of the items on the list being possible counseling options, medical exams, judicial and criminal procedures and the informing of Good Samaritan policies.

Emerich mentioned there are also programs for education, awareness and prevention that are managed through Student Affairs. As for university employees, Emerich said there are special mandatory sexual harassment programs.

The White House report that detailed the creation of Obama’s task-force mentioned that only one in 12 women who are sexually assaulted on college campuses report it.

“I would encourage anybody who either has concerns about something that they had happen to them or know somebody that had something happen to them, in the long term it would be, I think, a benefit to engage in some kind of help,” Emerich said.

Davis wrote in an email that he realizes some students think no one will believe them, “or if they have been drinking they may blame themselves or fear getting into trouble. Students should know that sexual assault is never their fault even if they made unwise decisions about alcohol consumption. To encourage reporting, Pepperdine offers immunity to both victims and Good Samaritans.”

Davis wrote that even though most reported sexual assaults at Pepperdine have occurred at parties off-campus, “we must be careful that our relative safety does not make us complacent.”

“According to the 2013 National College Health Assessment, the majority of Seaver students reported feeling ‘very safe’ on campus,” Davis wrote.

Do you feel safe?

Junior Jennifer Lockmeyer said she feels very safe. “It’s isolated from the rest of the community and Malibu is a really safe place; it’s family-oriented,” she said. “I feel like if I ever need help I can call someone very quickly and they’ll respond very quickly.”

But Lockmeyer said she would prefer “if they had call buttons [emergency call boxes] near the parking lot or some of the unlit roads.” She said the staircase behind the CAC feels “sketchy” and that implementing emergency call boxes in dark locations such as that would be beneficial.

“I don’t go anywhere alone for common sense reasons, but when I’m with my friends we don’t feel threatened or unsafe on campus,” Lockmeyer said.

Junior Victoria Stanzione said she, too, has never been scared on campus.

“I don’t think we’re at risk because of intruders. I think it’s more about people on campus putting themselves in danger, not necessarily outsiders intruding on our safety,” Stanzione said.

This isn't about your fair-weather friends 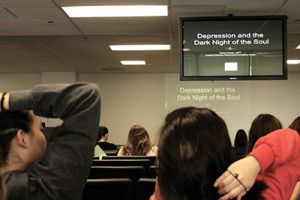