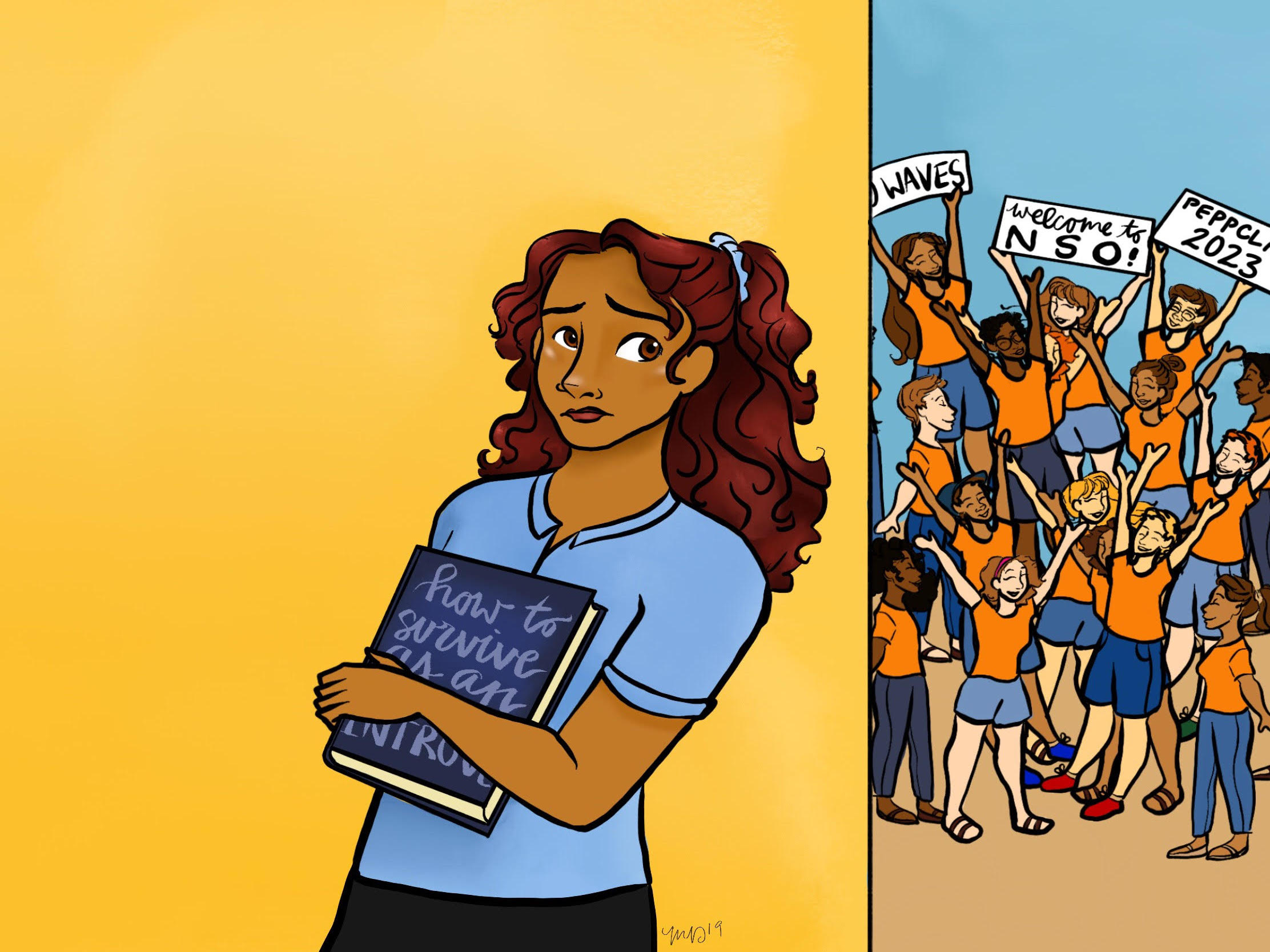 Pepperdine’s New Student Orientation, better known as NSO, marks the beginning of another wave-filled academic year. As carloads of incoming freshmen and transfer students weave through the screams of overly-comfortable, rambunctious Pepperdine students, some feelings of excitement are quickly blanketed by that of intimidation and anxiety.

As fun and exciting as this time may seem for incoming students, those who partake in NSO should be aware of the impact that over-stimulation can have on introverted students as it can affect one’s ability to comfortably adapt to campus.

A 1988 dissertation by Nancy Kay Martin asserts that the ability in which students can adapt to new environments has “long term effects on one’s entire college experience.”

With endless pep rallies, academic orientations and dance parties, it is to no surprise why some students may find themselves overwhelmed and deviate from participating in orientation. Even the most extroverted students can find themselves unable to keep up.

For those who identify as introverts, comfort is found in “minimally stimulating environments” as opposed to “raucous part[ies] full of strangers,” according to a 2012 interview by the Scientific American. These individuals tend to find social activities to be difficult, draining and ultimately, exhausting.

Some introverted students may feel pressured to appear extroverted so that they do not look out of place during orientation week, propelling one into a limbo of discomfort that ultimately affects their ability to adapt. Orientation can overwhelm some to the point that students withdraw from community-building opportunities or important academic sessions.

As someone who normally identifies as an extrovert, there were moments during NSO when the excitement became unbearable and hiding from enthusiastic orientation leaders became second nature. Between stress-induced academic sessions and Frosh Follies rehearsals, feelings of discouragement and discomfort began to weigh on me.

For the incoming freshmen, this new chapter at Pepperdine comes with untapped independence and responsibility. In an era of redefining oneself both socially and academically, the freshmen are also stepping into uncharted territory where they get to decide for themselves who they want to be and what impact they want to leave on campus.

As a new student on campus it is equally important to take orientation at one’s own pace. If NSO events begin to increase anxieties, take a break from the schedule and spend time with alone or with visiting family.

As orientation leaders, it is important to remember that students adjust differently to new environments. While NSO is a time for people to get to know the campus and build community, understand that this is an immense change for many. Take the role of a leader with caution and provide space for new students to process the entirety of this change.

As the school year officially begins, be mindful of new student adaptation. Take the time to remember that not everyone is ready to jump right into Pepperdine. While Pepperdine students are taught to be leading lights for those who seek it, that responsibility cannot be fulfilled until those who seek guidance are ready.