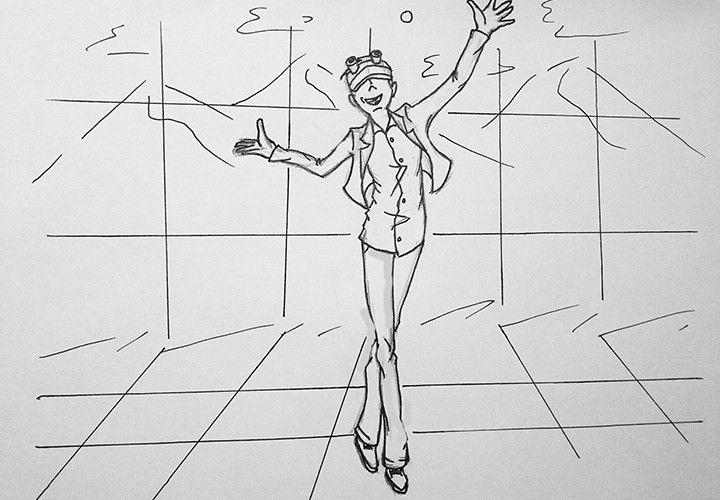 Virtual reality — or as scientists call it, virtual environment — technology is on the horizon, and with it comes a new way to live and a new way to escape. It will usher in an age where any experience is as near as the push of a button; anything from climbing Mount Everest, having lunch in Italy or becoming another gender is possible. It’s scary to think one could easily exit their personal experience for a better one, and given time this could destroy how humans interact with one another, or whether we interact at all.

The idea for VR actually originates from the 1950s when Douglas Englebart knew that data could be visualized as well as computed. It grew as a military training program through the ’70s, but it was too expensive to be made for the general public, that is, until now.

In this new stage for VR, one can only speak of what could happen with this technology, and not necessarily what will happen. In some respects we will have to wait for years to know how this technology will affect our culture. So far, only two major forms of application exist for VR: medicine and entertainment.

Regarding the field of medicine, an article from Taylor Casti from March 28, 2014 for the Huffington Post lists some emerging research which shows that VR can assist in veterans’ recovery from PTSD, decrease phantom pain in people with missing limbs and ease burn victims’ treatments. The treatment for veterans is an important one, as soldiers returning from conflict in the Middle East will have to adjust to being home. A study done for the Australian and New Zealand Journal of Psychiatry reported that PTSD affects four to 17 percent of Iraq war veterans.

VR helps veterans through exposure therapy, where they are placed in first-person experiences set in the places they fought — Afghanistan or Iraq in this case. They experience situations like the ones they faced in the Middle East and then learn to control their anxiety in a safe environment. In a similar way, people with missing limbs are digitally given their limb back so they can cognitively recognize when it’s not there. Burn victims play a VR game to distract them from their painful treatments. In all cases, VR helps people separate their fears and pains from their reality.

One thing is certain: VR will change the entertainment world. The world’s leading tech companies are all becoming involved by developing their own iteration of the technology: Microsoft’s HoloLens, Sony’s Project Morpheus, Facebook’s Oculus and even HTC’s Vive. Their versions offer new ways to experience video games, movies and even creative design. With a headset on, one can become the adventurer, the soldier or extraterrestrial character and escape the living room entirely. No divide would exist between the fictional role one played and the real one.

Truth is, games already have an addictive quality and are drugs in their own right. As Dr. Kimberly Baker said for WebMD, “It’s a clinical impulse control disorder.” Stories of binge-gaming are popular in the media, especially the horror stories in which people who play video games for too long have heart failure, as reported by Katie Hunt and Noami NG on Jan. 19, 2015 for CNN; or a child dies due to neglect because their parents were too busy playing video games, according to Sangwon Yoon for the Huffington post on July 28, 2010. VR has the potential to make binge-gaming even worse, especially due to its escapist abilities. “Fahrenheit 451” by Ray Bradbury offers an apocalyptic view of reality where people are consumed by their virtual experience, and have destroyed true knowledge. Could this become our society? Only time will tell.

VR is meant to separate us from our reality, and whether this is beneficial or not in the long run remains to be seen. With any technology, the danger lies in its potential for destruction or societal harm, and VR will be no exception. As a young person born and raised in the digital age, it’s difficult to judge technology with any amount of certainty, for there are always pros and cons, but any technology that offers a completely digital life is one that is dangerous to the health of our society. Escaping problems in the real world only creates more problems, and many of those aren’t ones you can escape from. 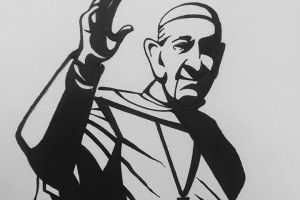 Art by Christine NelsonThe world’s first South American pope never fails to surprise us. As a Catholic myself, and one who makes...
Copyright 2013 Jupiter Premium Magazine Theme
Back to top