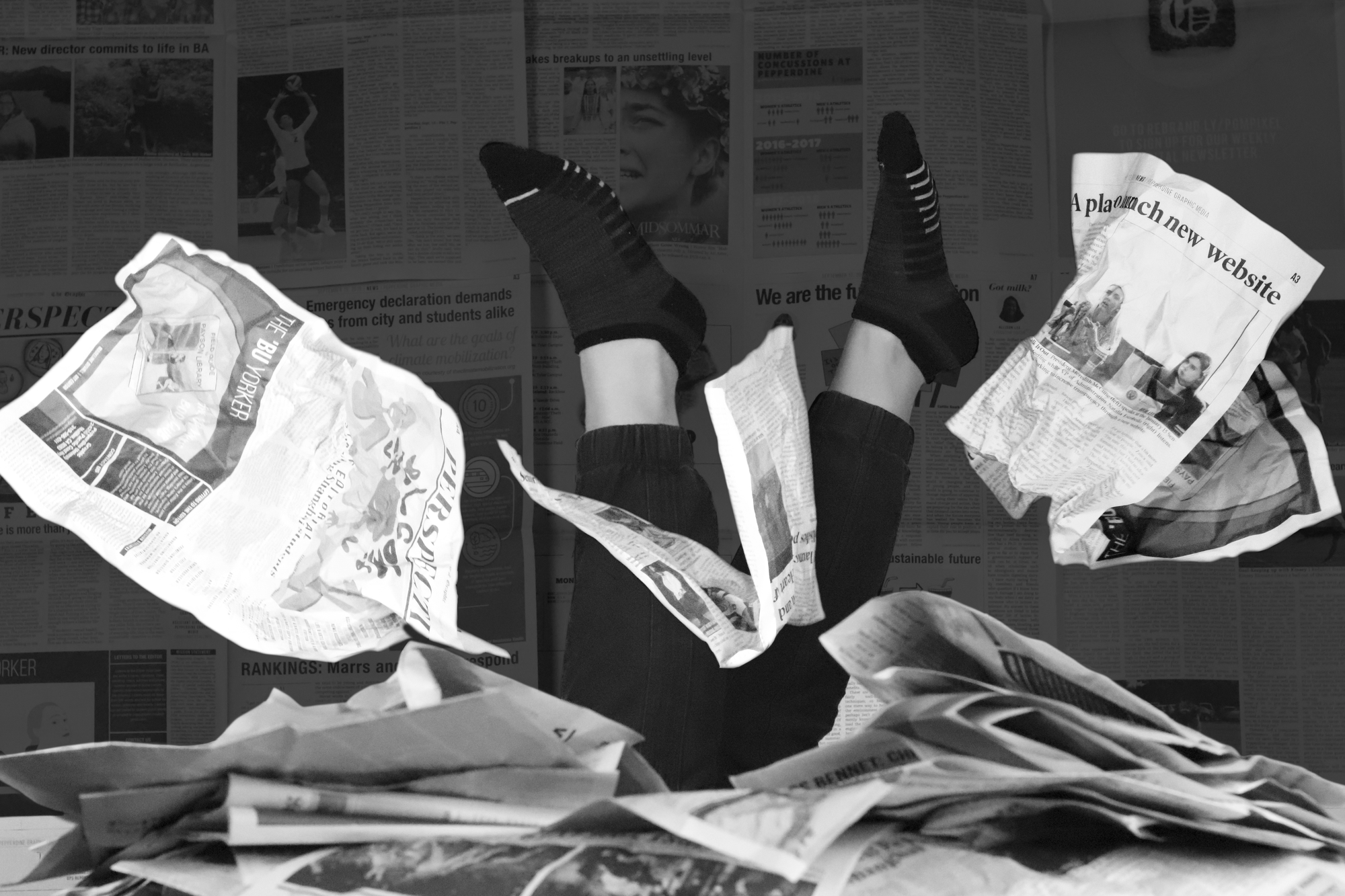 News is an important part of the lives of both junior Finance major Grant Richardson and Great Books Professor Tuan Hoang. Although neither were born with a zeal for news, their different experiences and interactions in life led them to value and keep up with the news every day.

Richardson and Hoang’s perspectives and methods in navigating the world of news look different, but both have faithfully remained committed to tuning into the news.

“I think, being a citizen in the United States, it’s important to remain involved, so you can help positively transform and directly guide your community to a better and more prosperous tomorrow,” Richardson said.

Richardson said he has listened to both “The Journal” podcast by the Wall Street Journal and “The Daily” podcast by The New York Times every weekday over the past four years. On top of this, Richardson reads The Wall Street Journal about twice a day and frequently reads The Economist for international, national, political, financial and economic news.

After waking up and taking a shower, Richardson said he typically listens to news podcasts while getting ready or driving to work. If Richardson has free time when the day’s work is complete, he said he goes through The Economist and The Wall Street Journal in the evenings and then occasionally CNN for quick headlines.

“There’s a lot of influence with what happens in the news in the world that impacts my career since I want to go into finance,” Richardson said.

Richardson said his interest in news began in middle school when he joined a Model United Nations team and realized the importance of being knowledgeable about news cycles, global events, injustices and events influencing daily life and trends in society.

Hoang, however, said he started his news journey as a young boy in post-war Vietnam.

“Government news was unreliable because they edited heavily and so on; so it was very much controlled between 1975 and 1990,” Hoang said.

Hoang said people who owned radios covertly tuned into Vietnamese channels on international stations such as British Broadcasting Corporation and Voice of America.

“Because the news was so controlled in Vietnam after the war, I think it was a cultural — a societal phenomena; it’s not just personal,” Hoang said. “People really wanted to get the news. Even though I did not become really interested in the news until later, that atmosphere made me be very alert to the significance of news and how it impacts people.”

From ninth grade to his early 30s in the United States, Hoang said he consistently read hard copies of the newspaper with the exception of his busy college days. Now, his main news source comes from digital platforms such as Facebook, Twitter and Google News as well as from his family group chat.

“What people post on Facebook and Twitter — oftentimes friends and acquaintances and even strangers — a lot of times, my news interest comes from that,” Hoang said.

Personal Insights From the News

What happens halfway across the world has a tremendous influence on our day-to-day lives, Richardson said.

“For example, right now we are trying to just completely overwhelm the US population with vaccine supplies and get every single person vaccinated,” Richardson said. “I think we purchased more vaccines than we need; and the WHO, the World Health Organization, they have said that.”

Richardson said this demonstrates an ethical crisis between not being able to provide vaccines to developing nations who are in need of them versus quickly distributing the vaccines in the United States to decrease the chances of mutation.

“It is important to understand how things are happening overseas and how that could potentially impact us five to ten years from now,” Richardson said. “In a way, looking abroad is almost our best way of looking into a globe to see our future.

Being aware and careful of what passes as news is important, Hoang said. He said the phrase “fake news” has been around for a long time, but it has become a part of daily discourse in recent years.

“I think the question ‘What is news?’ has changed,” Hoang said. “People have different definitions of what is news and, in my opinion, that is a very complex question to think about.”

Hoang and Richardson shared their best advice for handling and navigating news in the modern day.

“It’s important to keep up with the news, but I also think it is important not to be overwhelmed by the news,” Hoang said.

Hoang said he understands it is hard to avoid the news today because of social media.

“Believe it or not, I actually have admiration for students who deliberately decided not to have Facebook or Instagram or Twitter or all of them for at least a period of time,” Hoang said.

In a time when news can distract and divide society, Richardson said he believes it’s important to listen to “both sides of the aisle” to seek the truth.

“If I consumed exclusively New York Times or stuff that was left-leaning, I would see my entire perception or worldview based on that lens,” Richardson said. “But then looking through Wall Street Journal, The Economist or other more right-leaning sources — that would influence me in a different way.”

Richardson said he has been able to see the news spectrum more clearly by listening to both sides but acknowledges that humans inherently have biases.

“I’m still a student, so I’m still trying to figure things out on my own; but from my understanding, I think the best approach is trying to understand, be empathetic and see where other people are coming from,” Richardson said.