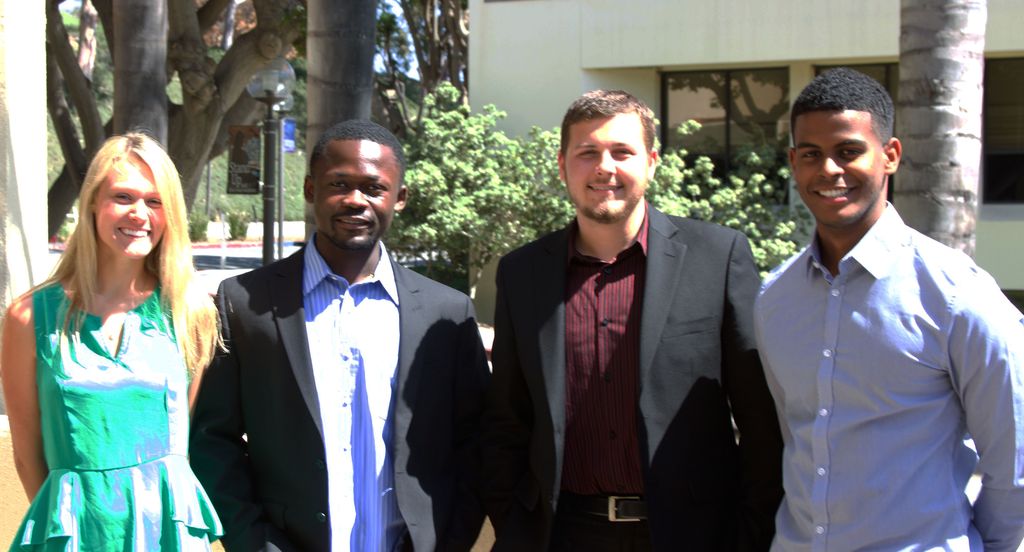 The results of the Student Government Association elections were released March 24. Here are some of the plans the SGA executive board officers have for next year.

Adutwum is a junior Political Science major from Maryland who is currently the SGA vice president of administration. He said he joined SGA his freshman year because he wants to help students by working with SGA on policy to make sure all student voices are heard. He said he has worked to build a cafe in Payson Library, create better meal services in the Caf, construct an off-campus meal plan and create a GE book reserve service so students can use the library for other means besides studying.

Hesslen, who has written for the Graphic before, is a junior Public Relations major from Greenwood, Arkansas. She said she has worked for Housing and Residence Life for the last two years and really likes the Pepperdine community.

“I want to create a shuttle system for students going to and from the airport [before and after] break,” Hesslen said. “We could create a system provided by Pepperdine because it seems like it would relieve a lot of stress from a family and from students who don’t get to see their family members a whole lot.”

Welch is a freshman Business and Political Science double major from Chino Hills, California. He is currently a freshman class senator. He said he has been a part of student government throughout elementary, junior high and high school and joined SGA to contribute to the Pepperdine community.

“One of the things I’m very passionate about is voter registration,” Welch said. “As the 2016 election is coming around, I’m trying to make sure people are registered to vote and informed about who they are voting for and what they truly stand for … to kind of help them decide who represents their views and what they want seen.”

Wossen is a junior Finance major from Silver Spring, Maryland. He is currently the SGA Vice President of Finance, which he will continue next year. He has been a Resident Adviser and is a co-founder of ZippieCookie.

“I felt that on E-board I would have something more tangible that I could contribute, since finance is one of my strong suits,” Wossen said. “Being able to come with a business approach to student government is what I want to work on.”

The E-board members will officially begin their term on the last day of the school year. Adutwum said he is looking forward to continuing his work to implement the ideas of students so that their needs will be met.