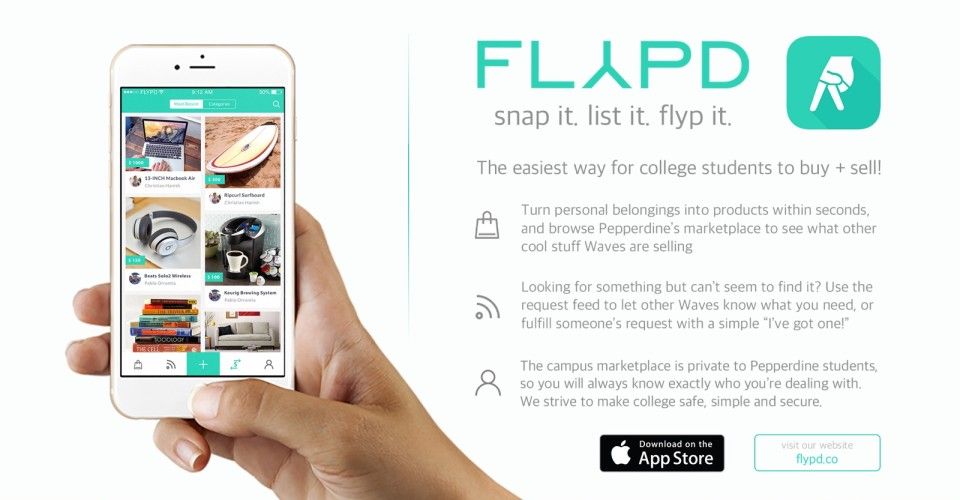 The free Flypd app, created by senior Christian Hanish and alumnus Pablo Orrantia, launched at the beginning of the semester, offering students a marketplace to buy and sell goods.

“As college students we kind of saw a need,” Orrantia said. “There is not like a real medium nowadays for buying and selling on campus. A lot of campuses will resort to Facebook Free and For Sale pages or other mediums similar to that, and we just figured that’s like a perfect opportunity to pounce upon.”

The pair began working on the project last summer.

“We actually started out as a website last summer, and then we underwent a month long beta testing phase on campus here, with about 30 to 35 Pepperdine students,” Hanish said. “During that period of time we got a lot of feedback from them and one of them was that an app would be a lot more streamlined, a lot more effective for something like this, so that’s when we kind of pivoted.”

Freshman Edith Vargas has bought textbooks through a Facebook group before, but said she would prefer to use the app.

“It seems easier,” Vargas said. “On Facebook it’s freshman only, sophomore only, junior only, but on the app it’s everyone.”

Hanish and Orrantia worked together as co-founders to create and market the app.

“It’s a pretty cool, really beneficial relationship because we get to kind of supplement [each other]” Orrantia said. “We are really good at playing on each other’s strengths. There are certain areas where I’m not super experienced, but Christian has done something in it and can help out and vice versa.”

With a limited budget, the duo had to get creative in finding developers for the app.

“One of the challenges is working with freelancers,” Orrantia said. “We’ve been working on a limited budget since we started, so because of that we have to find the cheapest option when we’re trying to execute something, so we resorted to hiring international freelancers.”

In hiring freelancers from the Ukraine, Hanish and Orrantia faced new obstacles.

“There are language barriers,” Orrantia said. “We’re up at midnight and that’s their 7 a.m. There are all sorts of obstacles there, but it ends up working out.”

Hanish took notice of students’ feedback after the app came out.

“People have really taken to it well,” Hanish said. “Even users of the Free and For Sale page have even converted over to Flypd because it’s a better alternative.”

Hanish and Orrantia have plans to expand Flypd to more campuses in the future.

“Obviously because we are Pepperdine students, or were, we decided to launch it at Pepperdine first,” Hanish said. “Next we are going to take it over to UCLA in the coming weeks, and after that USC and a few other schools in LA. The model is built to expand upon.” 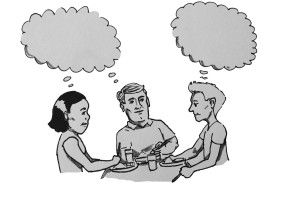 Art/Graphic by Peau PorotesanoThe political climate in 2016 America demands that people fit into one of two extremes. As seen...
Copyright 2013 Jupiter Premium Magazine Theme
Back to top