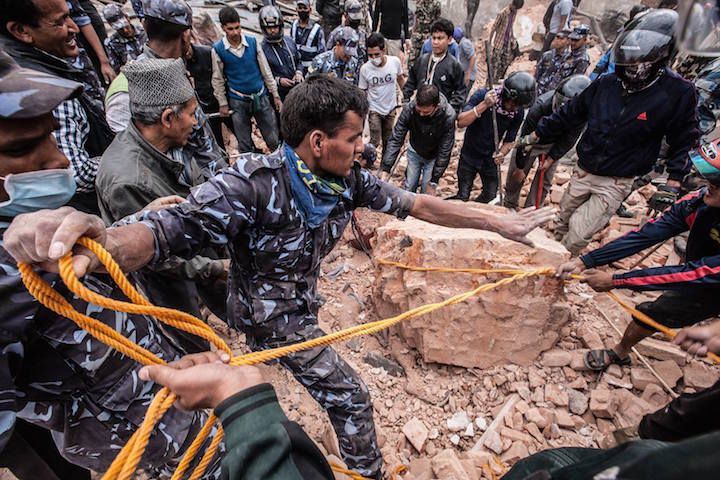 The earthquakes that rocked Nepal on April 25 and May 12 had a ripple effect around the world. Almost immediately after the event, many countries came together to aid this small, unsuspecting nation tucked away in the Himalayas. However, not all was as it seemed. Nepal was my home for the first 18 years of my life, and I have become all too familiar with the politics surrounding international events.

In the midst of this disaster, the corrupt government, which has kept Nepal from progressing to its full potential, tightened its grip around the throat of the people. This corruption and all-around incompetence came as a shock to the foreign-aid workers entering the country but not to the citizens who have learned to live with it, including myself. The article “Nepal struggles to cope with international aid” on April 29 by CNN covers the story of a massive influx of aid workers following the disaster.

Medical teams and cargo planes carrying supplies attempted to enter the country and were either diverted away or kept at the airport, tied up in bureaucratic red tape. This was the result of a total lack of preparation and a complete incompetency in an emergency situation. Many politicians, including Prime Minister Sushil Koirala, saw this as an event to profit from citizens.

The Prime Minister issued a statement in the wake of the disaster, declaring that all financial donations given to organizations in Nepal had to be channeled through the Prime Minister’s Disaster Relief Fund. The Telegraph wrote that many organizations rightfully halted fundraising out of fear that the money would be allocated for political considerations.

It is this type of corruption that Nepal has faced, and will continue to be victims of, without a shift in either political power or the mindset of the people. Upon encountering situations like the one listed above, people typically respond “Ke garne?” or “What can you do?” This fatalistic approach to politics fosters a sense of helplessness that goes unchallenged, and this fatalism is perpetuated by the caste system.

If you watched CNN’s or BBC’s coverage of the disaster, they failed to cover the homes and entire villages destroyed in the Ghorka district, which were closer to the epicenter and harder for aid to reach. Often, these villages have a single dirt road that is subject to frequent mudslides. International aid never reached these villages, and it was up to local NGOs to send food and shelter to these areas.

A common misconception is that if an issue is no longer covered by the media, it no longer exists. Nepal has a long way to go before it truly begins to recover, but it is not simply supplies and financial support that these people need. What they do need, however, is empowerment, the ability to stand up and not be silenced when told to take their place. They must be given the resources to build themselves up so that they may have a second chance at an enriching life. 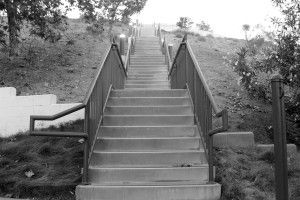 Photo by Rachal MarquezClimbing the stairs of Pepperdine, one starts to rethink life. With every step, as legs burn and lungs...
Copyright 2013 Jupiter Premium Magazine Theme
Back to top