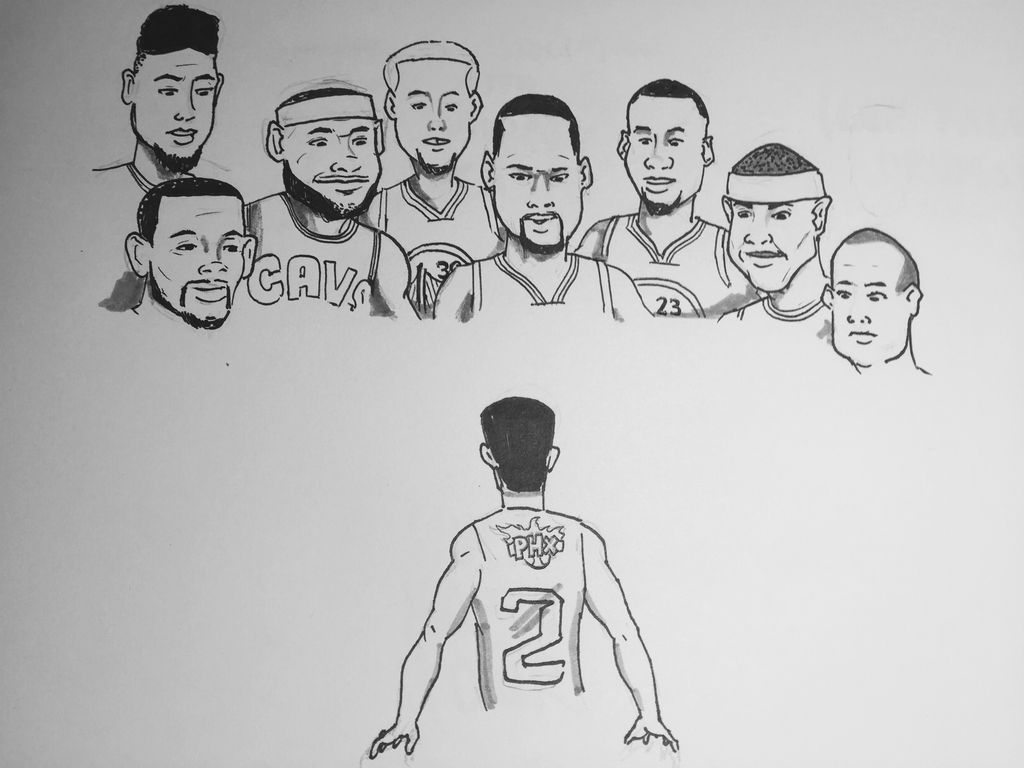 Remember the good-‘ol days, when the NBA seemed to be an equal-opportunity employer? Any little scrappy team could rise up and win the Finals?

Yeah, me neither. That hasn’t existed in pro basketball since the 70s, when a bunch of middle-class teams won their only title (Bucks, Bullets/Wizards, Blazers, *holds back tears* Sonics). Since then, a few teams have dominated the league: The Celtics-Lakers squabble in the 80s, Michael Jordan’s oppressive 90s dictatorship, the Shaq-Kobe turn-of-the-century Lakers, the Spurs pretty much at any point in the 21st century and all the way into today’s Warriors-Cavaliers annual finals matchup.

By this point, you need an absolutely stacked club to compete with the big boys, and plenty of GMs have received that message. They’ve loaded their rosters with big-name talents in order to keep up with the times.

But who is truly the best of the best? First, some qualifiers to determine who gets to be called a “superteam.”

1) You must have at least three superstars/quality players. Since “superstar” is such a subjective term, let’s define it. Obviously, players that rack up First and Second-Team honors, All-Star invites and award-winners qualify. If the role player is absolutely dominant at that role, they can count. And sometimes, the Justice Stewart rule applies.

2) You must actually have a legitimate shot at making the Conference finals, at the very least.

1) Cleveland Cavaliers: You win the title, you get to keep the crown until at least the trading deadline as far as I’m concerned. The next team on this list might have added a major weapon, but no puny player can compare to the atomic bomb of destruction that is LeBron James in the playoffs. Kyrie Irving is Scottie Pippen 2.0. Nobody has better role players: Tristan Thompson, J.R. Smith, Kevin Love. And of course, the adorable Iman Shumpert has great hair and the greatest Kanye music video cameo ever.

2) Golden State Warriors: The current Warriors are like a 2K player’s ideal team: Let’s throw together a bunch of superstars, and never use our bench! Okay, so their non-stars aren’t complete jokes, they retained a few solid role players. But losing five people from your championship squad can’t be a great thing. Sure, none of these moves in isolation look crippling: Festes Ezeli goes to Portland, Andrew Bogut and Harrison Barnes to Dallas, Leandro Barbosa to Phoenix and Marreese Speights to the Clippers. But all put together? Yikes.

Still, don’t expect Golden State to be a dumpster fire by any means. The combined star power of Kevin Durant joining the already-horrifying trifecta of Curry-Green-Thompson will take the Warriors far. It’s just a matter of making it to the very end.

3) Boston Celtics: Finally, the Celtics get their time to shine. Boston sports fans have suffered for what seems like an eternity, so this is truly a heartwarming story. Now, I know what you’re thinking: Do the Celtics have any superstars?

Yes, unnamed reader, they do. Just mid-level ones. First, new big man Al Horford should provide this guard-heavy team with some consistent play in the paint. Secondly, if Drake is the #6God, then Isaiah Thomas is the #253God, making both short people and South Sounders proud every day (I happen to fall in both categories, so yes, the bias is real. Fight me). And you know what? I’m bending the rules here: Coach Brad Stevens is a superstar. He is as valuable to Boston as any non-LeBron superstar is to their team. At this point, he might be the best coach in the NBA. Just don’t tell Gregg Popovich I said that.

4) San Antonio Spurs: Your fundamental, basketball-loving dad’s favorite team should be as consistent as ever. The last time the Spurs missed the playoffs, this not-at-all-dated song was the most-played tune on America’s radios. Leonardo DiCaprio was just “that guy from Romeo+Juliet.” Kylie Jenner was in the womb. They don’t even need Tim Duncan, as long as their front office keeps pumping in the talent. This year’s big three is old man Pau Gasol, inconsistent LaMarcus Aldridge and the Mr. Miyagi of defense, Kawhi Leonard. They’ll lose in the Western Conference Finals again.

5) New York Knicks: Don’t laugh. Yeah, Carmelo Anthony isn’t in his prime anymore. Yeah, Derrick Rose keeps getting injured. Yeah, Kristaps Porzingis might be a basketball unicorn, but he isn’t a real unicorn, unfortunately. But if everything falls into place just right, the Knicks will be a force in the East. If it doesn’t, then they’ll be a trainwreck. Still, this list is partially based on entertainment value, so no matter what, the Knicks will deliver to that end.

7) Los Angeles Clippers: Oh, Clippers. Chris Paul, DeAndre Jordan, Blake Griffin: You’ve tried really, really hard these past few years, and you deserve a pat on the back. But oh, what’s that? The Lakers are going to come back in a couple years? And you haven’t made it past the playoffs’ second round…ever?? Have fun relocating to Seattle!

Minnesota Timberwolves: I almost put them on the current superteams list, until I realized the ramifications of putting the superstar label on Ricky Rubio (too optimistic), Zach Lavine (hometown bias) and Kris Dunn (straight-up nonsense). Still: Andrew Wiggins is a solid attacker, and Karl-Anthony Towns has the potential to be to the best center in the game. They’re both younger than Justin Bieber. Be afraid, NBA. Be very afraid.